Syria once a place of religious groups has now turned into a warzone mostly termed as a “Civil War”. Since the start of the syrian civil war, there were several terrorist acts, that were initiated by Anti- Islamic groups mainly by the islamic state of islam and syria (ISIS).The Attacks on Syria have been ongoing and dreadful for the last 7 years.The Syrian War that started out as a peaceful riot against the president bashar al – Assad a few years ago became a Global Civil War which had many nations involved. Because of the Regular bombings, it has become extremely risky to travel to syria due to recent Syria Attacks. 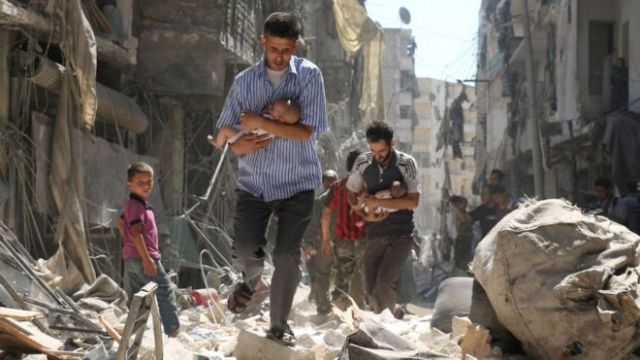 Sudden Airstrikes, Chemical Attacks and barrel bombs have left the people of Eastern Ghouta Devastated and in a sense of Shock. Nearly 3,00,000 people have become a witness to this Gruesome attack over the past two weeks. Human rights Observers says there is a death toll of about 500 people were 200 of them are children less than 10 years, marking this As the bloodiest and Horrifying acts in the 7 year Period of the Civil War. 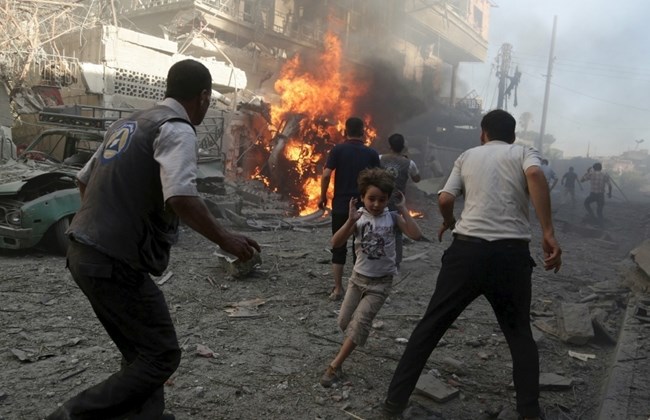 Many People are Now Homeless with very little to Live on. The President Believes that Recapturing Eastern Ghouta an Area which is 6 miles away from Damascus will make the rebellions Surrender once and for all. The War that started out on the people of Syria carried out by the Assad Regime’s and his allies are considered to be one of the Deadliest attacks on Syria in the last 7 years. Hence because of which the international leaders have called for the bloodshed to finally end, stating that “Eastern Ghouta cannot wait and it is high time to stop the horrifying way of hell on Earth,” UN Secretary-General Antonio Guterres had mentioned this to the UN Human Rights Council in Geneva on Sunday.

The US also did something similar in April 2017, where they had launched almost 59 Tomahawk missiles at Syria in response to Assad’s Chemical Attacks that nearly killed around 85 people. The recent Activity in Eastern Ghouta Should compel The US President Donald Trump to Strike now, as said by the Experts. There were also talks about UN resolution vote as a way to criticize Syria and Russia for their actions, as briefly told by the US Ambassador. She recalled the Images stating that How many mothers have lost their kids due to bombing and Shelling. How many more images we have to see fathers holding their dead children.ISIS’s demise gave other regime forces the time to completely focus on Eastern Ghouta and from then on they have been continuously threatening the area’s civilian population ever since.Assad had launched a campaign to completely destroy the medical facilities in the rebel-held parts of the city which brought about fear amongst the civilians, killing or majority wounding as many of its remaining doctors and nurses. Assad Still continues to use this strategy today because it works in his favour. Rebels who don’t have food or medical supplies quickly lose the will and hope or the ability to fight back and civilians in besieged places and areas have often start cooperating with the government just to make things stop before it worsens. There’s no reason to think Assad will ever change the course in Eastern Ghouta and this would continue to go on for an indefinite Loop

A Battlefield with Civilians as the Only Target

The Last few Attacks on Syria has almost killed Majority of the Syrian population. According to the Syrian Network for Human Rights, Assad’s forces have killed around 95 percent of Syrian victims leaving the rest to look out for themselves, out of which handful of the civilians are Refugees. 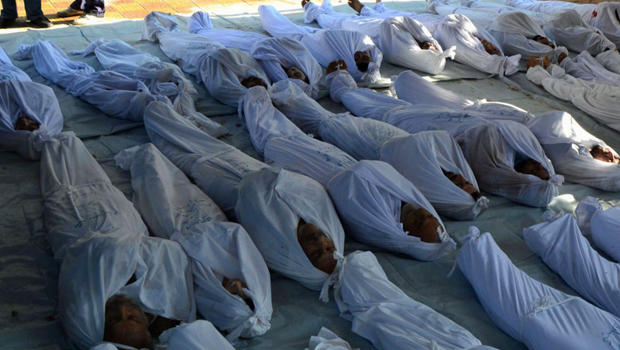 Chemical Attacks that were recorded Last Year was considered to be the most horrifying and the bloodiest of them all, where the Government had no such rimose for the civilians and people were killed Left and Right. Since then things turned from Bad to Worse. These Last Attacks on Syria Just Proved that People are Living in Fear Imagining whether there would be a better tomorrow or not. Recent Syria Attacks Just Proves That the President would do anything to Get what he Wants. It is confirmed that there were 16 patients, out of which 4 women and 6 children had been suffering from symptoms which were directly exposed from the chemical compounds were treated at a Sams- supported hospital in East Ghouta. This last attack on Syria marks the 197th use of chemical weapons since 2011 & from which 7 of them were used in 2018.

Things could Likely get Worse from Here on, But as a Nation, we could Initiate for International Community and Help All the Victims who were a Part of this Dreadful Act, and make sure that all this Stops Before Syria is totally Wiped off.