Out of all those social networks out there running in the race to be the largest and most preferred ones, twitter and facebook for various reasons like access to people and global reach continue to be the top two candidates. These two adopt different strategies, work on new inventions, introduce even new technologies in an attempt to strive hard for the top position.
Why is then twitter visibly becoming a better social network to be at? Why is it largely being preferred over an almost equally proficient competitor?
Here is the answer for why twitter through many small ways turns out to be better than facebook-

Unlike facebook, where people can keep on writing the same post for ages and still feel it’s short,twitter keeps it simple. By setting the character limit, twitter makes more sense as posts are succinct and clearer. This is the best part about twitter- it’s live, responsive and stuff gets done way faster.

2. Facebook is more of a market for clickbaits and memes 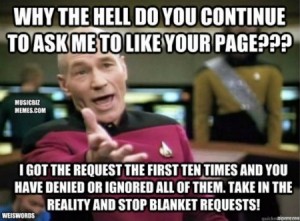 Facebook has become a minefield of clickbaits and memes. When this era of memes and ‘click here to know more’ started, it appeared excessively cool,informative and attractive. But now, it’s getting on everybody’s nerves. Moreover, people now use the much discussed network more to achieve their work goals rather than socializing. It’s a time when you login to your account on facebook and see posts asking for likes and shares to accomplish some work/internship goals or to win some competition. The rudimentary idea for which facebook came into existence, i.e., socializing has lost its meaning in the transition. Facebook is more to advertising, promoting and a place where people beg for likes and shares to perpetrate their tasks.

In 2011 people on Twitter on the East Coast of America read about an earthquake 30 seconds before they actually experienced it. If you want to be up-to-date then Twitter is the network for you. News reporters now follow tweets to find out what’s happening and Twitter is fast becoming the newsfeed of the 21st century. On the other hand,Facebook will probably report it tomorrow, somewhere in between memes and inspirational quotes, when it would be old news.

READ MORE  5 Things you should never do in office. 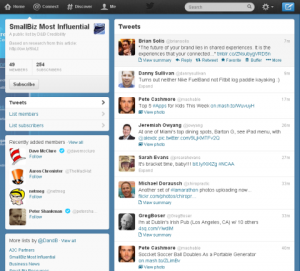 On Twitter,one gets to craft their  timeline into whatever they want it to be. Follow great accounts. Create lists to filter out all the dross, and you have the perfect timeline. On Facebook though, you get your family and school friend’s gloomy updates and moans, pet photos and newborn babies all over the place. Yes, you can unfollow them, but I’d love a better way to personalise my timeline. 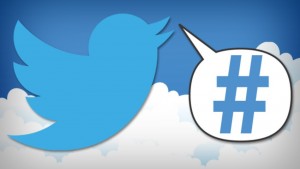 On Twitter, a hashtag implies your conversations can link up easily with others and in a second you’re thrown into huge conversation pools with 1000s of interested and aficionado users. On Facebook, though hashtags do work, few people use them. Facebook has a slower pace and it’s hard to generate fast-paced conversations.

6.Socialize in its literal terms
On Facebook, you interact and socialize with people you already know. However, twitter offers you an altogether different concept of getting in touch with new people everytime. Sometimes they can help you and your business. You meet them in person after. Often you don’t know what you’re looking for and Twitter has a habit of throwing up all sorts of wonderful surprises!

7. Facebook isn’t an open book
You can only talk freely to your friends and family and both parties must agree to be ‘friends’. You can’t see anyone that’s not your friend unless they’ve been slacked with their security settings. This may suit you if you’re secretive, but when you use Twitter as a conversation tool and a research tool you soon see the failings of a closed Facebook. Twitter is the king of social media search in terms of socializing !