Border security and safety is the most critical and crucial issue for any country. A country with weak borders is a prey for many terrorist activities. There are some countries who spends almost 10-30% of the GDP on the border security and safety. Well, with the immigrants coming into the country illegally it is a necessity for any country to keep an eagle eye on the borders. Thanks to come countries which has some natural borders with extreme conditions which stands like barriers just like Himalayas to India. Some countries have made the borders deadly with the sophisticated technologies. Here are those five dangerous borders which you should never think of crossing illegally. So one common rule for all this borders is “Don’t get stuck”

More than 50,000 people were killed in the Sudan’s border state of Southern Kordofan. Nearly 200,000 people were displaced in the riots. As the 22 year civil war has come to end more than 2 million people were dead in the riots. As the South Sudan has got independence from Sudan, both countries officially started in July, 2011. The border of this two countries is very dangerous as the entire military battalion is induced at the border by the Sudan government. Southern Sudanese military always does some ambush attacks to get the southern Kordofon into their country. With continuous sounds of bullets and fumes of granites this place is something which you never have to visit.

READ MORE  10 things that aren't Banned but should be 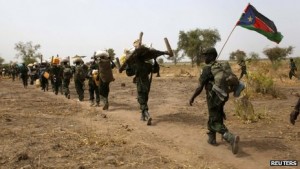 As per the latest figures more than 200,000 people were dead on both sides near the border from the day the countries split. In this more than 100,000 people were dead in Kashmir border alone. The creation of Pakistan from India is one of the bloody creation in the history of world. Kashmir is one sensitive part which the both countries fight for. Two regions in Kashmir are under Pakistan and three under India. The border of the countries is very dangerous with frequent abolition of seize fire agreement. The border is now being secured by electric fence from India is one of the most sophisticated borders in the world. It is said the Line of control (LOC) could be seen from the space. With more than 90 thousand army deployed on both sides of the border and extreme conditions like cool and hot temperatures Line of control is one place on this earth you should never dare to be there. 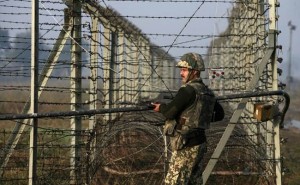 The never ending war between the two countries which are technically always in the war. The key issues being the control on Jerusalem, water rights and mutual recognition both countries always drew knifes on each other. Palestine geographically being inside the Israel is one big conflict as it has been surrounded by Israel on three sides. Though there isn’t much human loss on the border but both countries don’t spare anyone crossing the same. The border being equipped with advanced lasers and automatic barrel fires is one of the most dangerous and deadliest borders. 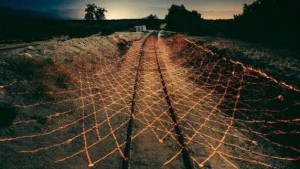 After the end of Korean War in 1953 both countries has started to fortify their borders leaving the 2.5 mile distance between the countries as de-militarized zones. The North Korea and South Korean border is one of the high tension border in the world with more than 2 lakh troops deployed on both sides. North Korea has deployed its nuclear nukes at the border. There will be instant shootout if someone is noticed in the de-militarized zone. There will be lot of immigrants coming from North Korea to South Korea illegally so South Korea has deployed some lasers which could even scan 2 feet inside the ground. America has deployed more than 26,000 soldiers at South Korean borders. Gun firing mercilessly if someone found at the border to firing the planes in air at border, North and south Korean border is the next to hell in the world. 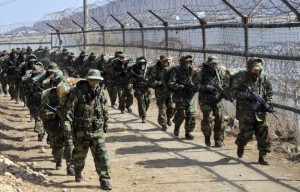 The most lawless and dangerous borders of the world. Every day 100’s of people die either by Afghan Talibans or Pakistan military at the border. More than 1.7 million of Afghan refugee live in Pakistan. These people who belong to Pashtun community which comprise of 40 percent population of Pakistan and 20% population in Pakistan demand for an independent country. The riots are so serious that America has deployed many soldiers along the border. There will be continuous monitoring of borders with drones and short range missiles. Numerous soldiers were dead on both sides of Afghanistan and Pakistan. The Talibans are always trouble makers. America has started to withdraw its army after some severe counter strikes. With continuous showering of bullets and short range drone missiles the Afgan-Pakistan border is the hell in this world. 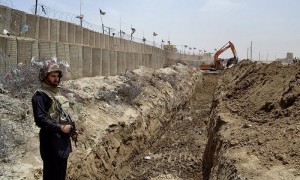 So this is about the borders which are dangerous to be, some are secured for good cause and some are killing the civilians. However, there are borders like Yeman and Saudi Arabia, India and Bangladesh, USA and Mexico which could be considered as God forsaken places. So what is your take on this? How secured is your border? Comment below.