Honorable Prime Minster of India Mr. Narendra Modi has surprised India with his sudden and surprise decision (though they proclaim this decision is not taken overnight). The decision of abolishing 500 and 1000 notes and replacing them with new 500 and 2000 notes. The old notes has to be exchanged in the banks and post offices before December 31st with proper ID proof. This is a welcoming act as this could also abolish the black money which is surplus in the nation. There is also circulation of fake notes in the economy by the terrorists. The normal citizen couldn’t find the difference between the original and fake notes and was becoming a prey many times. The decision taken by Reserve Bank of India and Narendra Modi could confuse and give trouble to citizens for a while but this is the much needed and most awaited decision by many people in the country. There isn’t any government which took a daring step like this in the 70 years democratic regime and history of India. So as India celebrates the real Diwali today there could also be many doubts in mind about this decision taken by government. Is this really a step to eradicate the black money or to fight against the terrorists ? 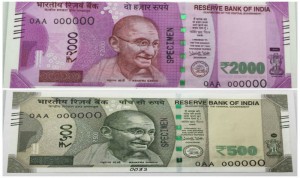 To fight black money which is inside the country – check

There is more than 20 lakh crores of black money inside the country itself.It is said there could be much more money outside the country. In the recent Income declaration scheme government has seen a very poor turn out from the black money holders. There was a total declaration of only 1.24 lakh crores which is only 10% of the actual projections. Many people took the scheme as another silly threaten from government. Finally those people are going to see some sleepless nights now. It would be a tough thing for the government to get the money back to the country from Swiss and another countries. So, they have decided to first clean the black money which is in the country. Reserve bank officials says that there would be a continuous monitoring of the persons and their holdings which indeed means it could be a tough time for the black money holding people to change the money to white. This is a very good welcoming act. 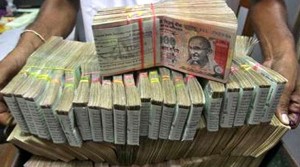 To fight on corruption – Check

The corruption is one other major threat to the slowing economy. The new decision comes with a lot of surprise to those people who are corrupted. India has a very bad image internationally that many officials ask money to do their duties. There are thousands of crores of corrupted money with some government officials. They could be easily caught now if they try to exchange the money. 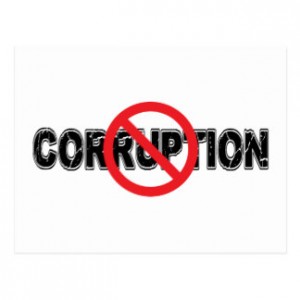 To fight on terrorists and fake notes – Check

The black money is being circulating into the country by terrorists. Terrorists have aimed at the Indian economy and they want to destroy the economy. The  circulation of black money is one such act by them. Terrorist often use  this money to buy the weapons to do attacks. So, as the notes are now banned it is going to be a very hard time for the terrorists. There was a speech by Mujahiddin head in POK that they would attack India in a similar surgical strike. There is classified information from IB that army may have to face sudden attacks from terrorists. It is speculated, terrorists attacks is the only main reason to ban the 500 and 1000 notes. Though government and heads of Reserve Bank says that they are been working on this from long time ago it is not actually planned to announce now. The new notes come with Nano technology printing which is very hard to replica them.

Impacts on the economy with this decision

The government’s decision will give lot of benefits to the country. This would indeed boost the economy. According to RBI, the usage of 500 notes is increased by 78% and usage of 1000 rupee notes are increased by 107% between 2011 and 2016, but surprisingly the Indian economy has seen only 30% improvement. This decision will get all the black money back to the economy. Government can now imply huge taxes on this black money and that money could be used for welfare activities. The real estate field will see ups and downs now because the major contribution for this sector is black money. However the rates of apartments and plots will come down as their won’t be any demand now from the black money holders, adding the entire money will now be coming under stamp duty which would help the government to collect more taxes liberally and legally. The flow of fake notes will be eradicated which is a good sigh for the economy. However on the harder side it could be problematic for the public to adhere to this procedures of exchanging money from the banks and also would be a hurdle to do some immediate payments. 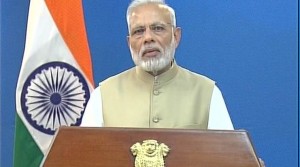 How are stock markets going to react for this change?

The real estate and infra sectors are going to suffer in the near leap but that would be a temporary act. The banking and retail shares might go up because the white money will be flowing now and many people might chose to save their money in banks as a safer side. The Indian rupee could become strong against American dollar.

What if we couldn’t exchange by December 31st

RBI said that it has made all the banks ready to handle the exchange of notes. So by any chance one couldn’t change the notes, they could change the notes from RBI banks before 31st of March next year with Aadhar card and PAN card as proofs. However that act might throw a lot of questions.

One cannot easily change the black money they have as each bank has decided to take the full details of the person and their PAN card details before exchanging. If you decide to do this exchange with other people it is not possible as all banks are equipped with CC camera’s. The decision taken today won’t affect the tax payers and legal business men. Well, with all this sudden acts you could still use your debit, credit and wallets as normal like every time. So if you are planning for a dating this decision won’t influence your decision. Cheers for new India and its beginning.