Only an anime lover or ‘otaku’ as we fans like to call ourselves, is fully able to differentiate between an anime and a cartoon. People who usually say, “What’s the difference between them?” are either the ones who have never seen an anime in their lives or the ones who don’t notice the uniqueness of the anime series. So for those who are not able to differentiate between ‘Dragon ball Z’ (an anime) and ‘Dexter’s laboratory’ (a cartoon), here are the reasons why anime is not a cartoon. 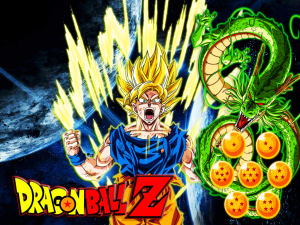 Here are the Four Reasons to Describe why Anime is not a Cartoon.

The origin of an anime is  different from that of a cartoon. Anime originated in Japan.  The trend of anime arose early in 20th century. The early works of Japanese animation (most of which were destroyed as a result of 1923 Great Kanto Earthquake) are quite different from the anime of contemporary times of today. With the passing time, the techniques that have been implemented to produce an anime have also evolved. Many animators in Japan were inspired by the success of Walt Disney’s ‘Snow White and the Seven Dwarfs’ and one of them is the famous manga (Japanese comic books) artist and animator Osamu Tezuka who has successfully used Disney animation techniques by modifying them in a simple manner to reduce costs and limit the number of frames for production. Since 1970s, ‘mangas’ have become so popular that they have been adapted into an anime at an enormous scale. And this trend of adaption is still being practiced in Japan and has further evolved by producing these ‘mangas’ and ‘anime’ in live action movies.

Whereas the episodes of cartoons are usually repeated on television i.e. there is no serial number to an episode of a cartoon, anime are usually aired in a series manner, as in, like any other normal TV series. That is, each and every episode of anime series is different developing them into continuous stories. This is a very distinct feature of an anime that makes it very different from typical cartoons.

Whereas cartoons don’t have any specific genre, anime tend to be demographically targeted. There are various genre in anime like kodomo ( for children), shoujo (for girls), shounen (for boys) and a diverse list of genre targeting adult audiences like mecha, a slice of life, harem, sienen, ecchi, etc. Anime is also seen to be coming out of its boundaries by showing serious stories about homosexuality with the genres like shoujo ai, shounen ai, yaoi and yuri.

READ MORE  6 Reasons why Nicholas Sparks novels should be on your shelf!

There can be many differences that can be pointed out if one wants to. But the ones mentioned above are some of the major and general differences that thicken the boundary line demarcating anime and cartoons.So here’s why Anime is not a cartoon.