‘Game of Thrones’ is the most popular show on TV these days. Every second of this show brings in something new and totally unanticipated. Every turn, the plot twist is so brilliantly planned and well framed that one can not even imagine what would the next episode bring in.

The author of the saga ‘ A Song of Ice and Fire’, George R.R. Martin loves to pop up surprises and shocks right when we are sure of something happening. There is a lot more to this show than our eyes can see.  Here are some probable theories explaining some major turn of events:

The 5 fascinating  theories about ‘Game of Thrones’ .

It is not a mathematical equation that needs to be solved. This equation contains the secret to the identity of Jon Snow’s real parents. Ned Stark might not have been Jon Snow’s biological father.

Rhaegar Targaryen abducted Lyanna Stark at the tourney of Harrenhal which in turn led to Robert Baratheon’s rebellion against the ‘mad king’. This theory proposes a possibility that Rhaegar either married Lyanna or raped her leading to her pregnancy.
Ned Stark, being the wise man he was, protected Lyanna’s child by calling him his bastard.

This theory implies  that Jon Snow is a Targaryen indeed.

Spoiler: Jon would be seen warging (controlling animals with his brain) like Bran in the next episode probably.

2. The truth about  Jaqen H’ghar

Jaqen H’gar has become one of the prominent characters of this season. Rumor has it that he is, in fact, Arya’s dancing teacher Syrio Forel from Season 1 who is presumed to be dead but isn’t shown dead.

Let’s see how – Syrio was from Braavos so is Jaquen. He had a special attachment to Arya so does Jaquen. Both of them taught her things in a way that no one else could. He helped her escape King’s Landing and Jaquen helped her reach Braavos.

It is perhaps possible that the faceless man Jaquen H’ghar is Syrio indeed.

3. Three heads of the dragon

George R.R. Martin wants us to believe that Daenerys is the last Targaryen alive.
Some fans refuse t o believe that. As seen in the first theory, Jon Snow could be another heir of the Targaryen dynasty.

It is supposedly believed that there are 3 Targaryens alive and there is one dragon for each of them hence, the three heads of the dragon.

The third head could be Tyrion Lannister. That came as a shock, didn’t it? During the rule of the Mad King, Tywin Lannister was serving as the Hand of the King.
Some fans believe that the mad king raped Tywin’s wife, Joanna and got her pregnant.
Tywin tried to kill the baby in the womb by giving Joanna some sort of poison which led to Tyrion’s deformity and her death.

There is some evidence backing this theory. Ser Barristan Selmy told Daenerys, “Prince Aerys … as a youth, he was taken with a certain lady of Casterly Rock, a cousin of Tywin Lannister.” Joanna was Tywin’s first cousin. Melissandre has been obsessed with Azor Ahai’s rebirth. According to a prophecy, Azor Ahai who once defeated the Others popularly known as the White Walkers would be reborn. The red priestess believes that Stannis Baratheon is the second Azor Ahai. But she isn’t the most reliable person. She has her qualms about Stannis, too.

If rumors are to be believed then the reincarnation of Azor Ahai is Jon Snow.

His warrior-like appearance, sacrifices, and the fact that he is the only person that could kill a White Walker with his sword make this theory more probable.

Azor Ahai killed the Others with his sword ‘The Lightbringer’ or the burning sword. Jon had a dream where he was fighting the White Walkers with a red burning sword in his hands. Also, Melissandre saw Snow in the flames which could mean Jon Snow is Azor Ahai. 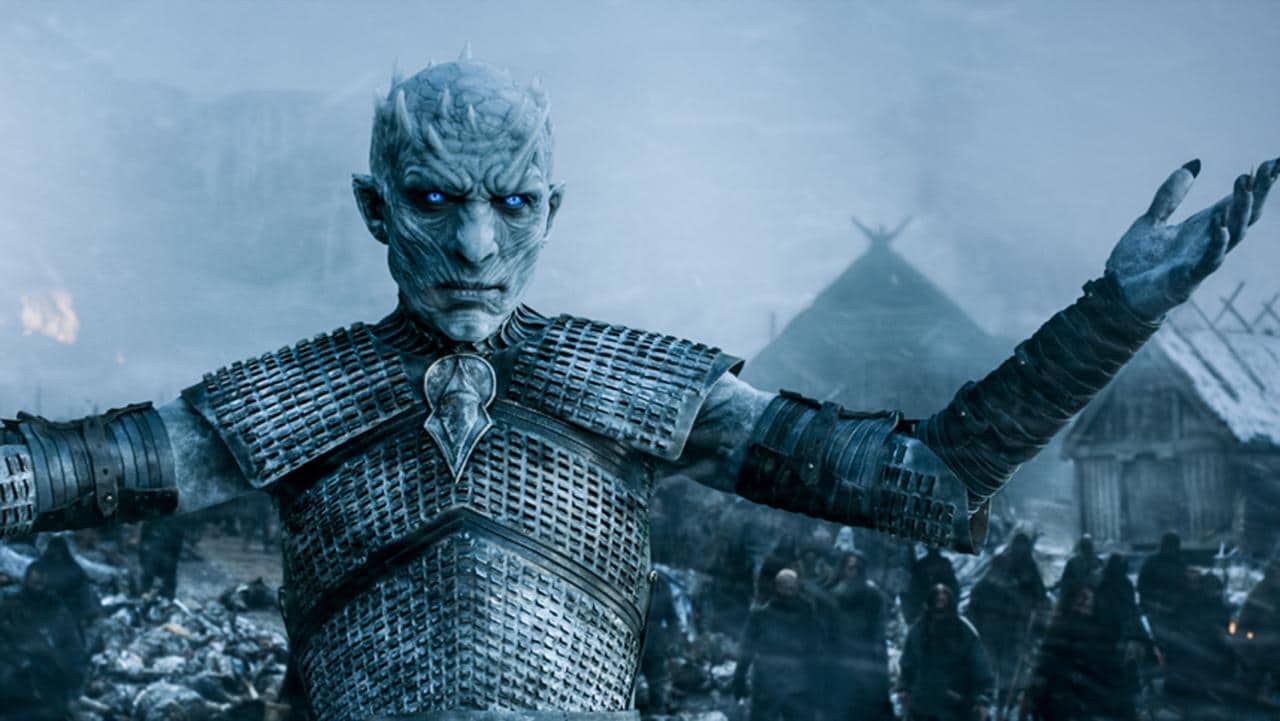 READ MORE  Game of Thrones Season 8 Finally premiers today. An overview on GOT so far

The leader of the White Walkers that we saw in the 8th Episode of Season 5 is rumored to be the Night’s King. He was the 13th Lord Commander of the Night’s Watch who lived during the Age of Heroes. Old Nan’s stories have given us a little insight on this character.

Old Nan’s stories have given us a little insight on this character. Bran, on his way to the three-eyed raven told Meera and Jojen about him. He fell in love with a girl “with skin as white as the moon” and “cold as ice”and “eyes like blue stars”  (probably a white walker). He married her and came to Nightfort calling himself the king and his wife the queen. He disappeared mysteriously after being defeated by Brandon, the breaker and Joramun, the King beyond the wall.

Now the best part about this theory is that he was a Stark.

How true are the theories in Game of Thrones which would be revealed in the upcoming seasons but for now all we can do is anticipate.