China, the second biggest economy in the world is quickly trying in building its roots in the Asia and Europe continents. China has already started dominating the eastern pacific sea and now it has eyed on the western parts. So “Silk Route” is one of the China’s new strategy to expand its trade with the other nations. Though it is going ahead with a notion “One Belt, One road” which says that a single road to connect all the places that China want to do business in Asia and Europe, it has both good moves and bad moves with this project. China is going ahead with this project which is facing rejections from many countries. It is estimated that the country is going to spend more than 150 billion dollars on this project. The Silk route corridor which includes the railways and roadways is going to cost some environment hazards too. So here are the key points you need to know about the China’s new Silk route corridor.

Silk road – The saga from ancient days to modern days.

In Ancient period when trading has started to go beyond the borders China’s silk use to be a best profitable goods in the Western Europe and now Arab region. Many buyers use to come to China from their countries to buy Silk and sell them back in their countries for high prices which gave them a huge profits. The route in which the traders came to China from different countries is called as Silk Route. This route flourished for more than 1000 years until the sea trading took over the traditional silk route. Slowly this route perished with different invasions and after the British invasion it is vanished. So China wants to build this route again in order to establish the trade with the countries.
In order to connect the other countries by land ways China has proposed 6 corridors in the Silk Route corridor project.
1) China – Mangolia- Russia corridor
2) New- Eurasian land bridge (Middle China to Russia)
3) China – Western Asia (via Iran)
4) China- Pakistan Corridor
5) Indo- China Island corridor
6) Bangladesh – India – China – Myanmar Corridor 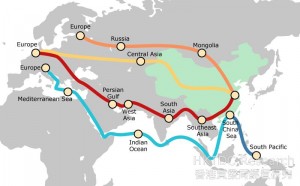 This idea is a child of China’s president Jenping which seeded in 2013. China didn’t took much time to materialize the idea and started to work on it. It is successful getting all approvals from the Pakistan and the Pakistan- China corridor is started amidst rejection from certain people. So why is China into this Silk corridor construction, yeah for better trade establishments but what is the real take in that?

China has been and being the biggest exporter in the world. Its major exports are to the European countries and America. The ships from China has to go towards Europe through Indian Ocean and there it has to enter the Suez Canal and then in Europe. The Indian Ocean is dominated by India and the Suez Canal is under Arab provinces and could not be full use of China all the time. So to reduce the sea trading and to avoid India and other Arab countries to involve in the direct trading to Europe. China thinks with this corridors they can make the trade seamlessly as the corridor goes thru the nations which are either economically back or under China domination. 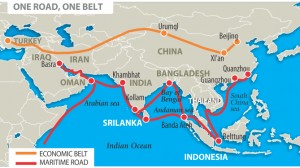 4) To show its capabilities to World especially America

China is competing with America in many terms and also trying to make the Chinese Yuan as an alternative currency for the dollar. China is spending 150 billion dollars and this could definitely show their power and capability to America. The world will start treating China with more respect. This would make China much powerful. 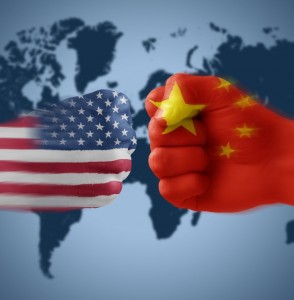 More than half of the buildings which were built in last twenty decades are in China. The demand was less than the supply and the real estate in the country is not doing really well. The people in the construction industry are losing jobs. To keep the construction field floating China is encouraging the corridor. It is said that China is employing more than 10 lakh people in this project either directly or indirectly. 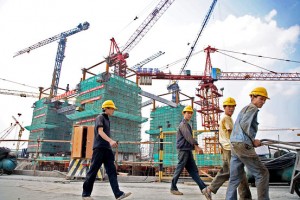 China is looking to unify Asia against the west and try to prove its power. China wants to make itself as the central power of Asia. If this happens more than half of the world’s population is under China which could influence the countries with its communalism.

If there is something China is really being bothered inside Asia, it is India. The Silk route could potentially pressurize India from the neighboring counties. As China starts free trading with these countries which are neighbors of India, they would start building trust with China and this would put India to corner. So pressurizing the India is the main reason behind this Silk route corridor. 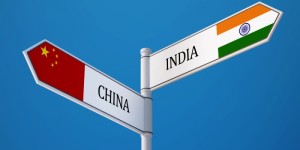 What are some good deeds here?

Though China is doing this project for its own it markets the project as an opportunity for the poor and economically backward countries to be the end product receivers. China is planning some economical clusters along the silk route which could be beneficial for the countries like Mongolia, Bangladesh and Pakistan. This economical clusters are jointly ventured by China and the hosting countries where the maximum employees would be from the hosting country. The road will also open doors for some remote locations and the trade and business could be encouraged in those places as well. This could increase the living standards of the people and GDP of the country.

READ MORE  The Most Basic Steps to Clean Your AC System

The other serious problem for this project is Climate related problems. The Silk route has its major presence along the deserts of Mongolia and valleys of Kashmir. China is getting a lot of opposition from the international climate councils and also the people from different countries. The road is really get materialized then it would be a major barrier for the growth and expansions of trees and living in the desert and valley areas. This would affect the biological balance. The silk route has railway corridor as well, the passages of the trains with heavy goods might damage the fertile lands and also the pollution could affect the serenity of valleys. 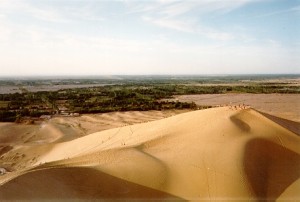 Is the corridor economically beneficial?

The congress men of China are in ambiguity about the project success but China is not only doing this with economical perspective. Its notion is different. So though a trillion dollars of trade exchanges are targeted in the corridor one is not sure of its success rate.
So one cannot really justify the moves of China, be it offerings of infra development to other small countries or this silk route. The things which are done with a good vision and envision is really appreciable. Let us hope this Silk corridor breaks all stereotypes and stands as a real mankind friendly and helpful project making the slogan true, “one road, one belt”.