The news is making headlines from this week that the Telugu actor Nithin and Samantha starrer “A…Aa” has made superb collection at the U.S. box office in its second weekend after the film released. The movie has once again topped the U.S. business chart, being Telugu language movie by beating the bandwagons of Bollywood including “Housefull 3” and “Te3n”.

“A…Aa” continued to keep the cash registers ringing at the ticket counters across North America on its second Friday. And compared to its opening day collection, the movie witnessed over 50 percent drop on its ninth day.

But the film showed big leap on the next day, and on its second Sunday due to weekend the film extremely did well at the US box office. The Trivikram Srinivas directed movie “A…Aa” has collected $342,590 from 95+ screens at the US box office on its second weekend after the film released. Its collection is much bigger than any high budget Telugu movie, even than the Bollywood movies. 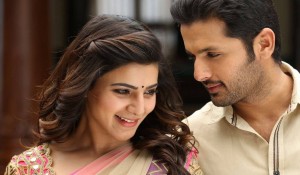 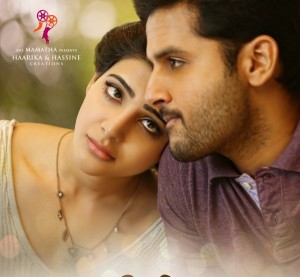 The Nithin and Samantha starrer has collected a total of $2,252,268 (Rs. 15.12 crore) at the U.S. box office in its 11 days after the release. The film has now become the highest grossing Telugu language movie of 2016; indeed, “A…Aa” became third highest grossing Telugu film of all time in the country after “Baahubali” and “Srimanthudu”. 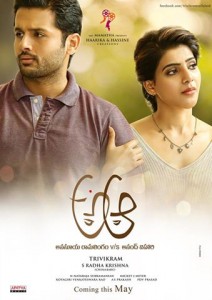 “A…Aa” is now fast inching towards surpassing the $2.5 million mark at the U.S. box office. The movie now needs approximately $247,732 to achieve this rare feat. As per report, in its coming days the film is going to repeats something same, which the SS Rajamouli’s magnum opus drama Baahubali did.

“A…Aa” is touted as a romantic comical drama which is attracting the young crowd apart from the film is developing connection with the movie lovers, irrespective of the age.