Aftermath to the Charlie Hebdo incident happened in Paris this year January where few terrorists entered into this magazine office premises and killed 20 people including civilians a hackers activists group named “Anonymous” has formed which declared that they would fight with ISIS. They have always maintained a low profile until the recent Paris attacks which witnessed the death of 129 people. But this event has made them aggressive and they have openly mentioned that they would take revenge on ISIS. They have also mentioned that “Anonymous” group has declared war on them. The video shared online in which one of the Anonymous member was briefing that the act by ISIS is intolerant for which they have to pay has gone viral. This hackers group are maintaining extreme secrecy about their identity and these hackers wear trademark Guy Fawke’s mask. The inception of this group and their action plan is quiet interesting.

It is a known phenomenon that even the terrorists are using the technology and social media to expands their roots. They are using this platforms to attract the youth into their organisations. The end users are the prey in their plans. Well, Anonymous hacker groups first and primary motto is to take ISIS off from the internet. Anonymous hacker groups as a starting act have already attacked on more than 6000 ISIS accounts which were claimed to have some connections either as supporters or members. The accounts were hacked and then deleted. Telegram application has also taken a step and deleted more than 300 groups which thought to be in association with ISIS. Anonymous have also targeted facebook and they have also started ti brief the netizens how to find an islamic state supporter account and how could they hack them. 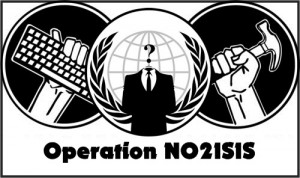 All these incidents happened within a span of time after ISIS has mentioned the Anonymous group as idiots in one of the Telegram group. Anonymous hackers group has shown their idiot-ism and have deleted more than 6000 accounts of Islamic state. They said it is time for revenge. 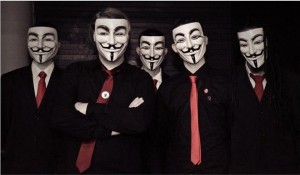 “You are the Virus..We are the cure” – Anonymous group

Anonymous have named this operation as #Opparis (Operation paris) and going ahead with a slogan “You are the virus.. we are the cure”.In one of the extreme classifies interviews happened with BBC,on of the hacker group member has said that “This is just a beginning. We will take revenge on them. Our main motto is to find all linked terrorists organisations to the paris attack and stop their propaganda”

Activities of ISIS on internet slowed down

With repeated cyber attacks on their accounts ISIS has lost its activities over internet which has become a prime media for them to plan and execute the attacks. However, according to media sources ISIS is also working hard to set back the hackers group and protect their internet presence. Seems like this cyber attacks are taking another edge which is a new beginning and  definition for War.