Metro has undoubtedly made the life in Delhi-NCR smooth to some extent. High traffic still exists on the road but the situation would have become worse beyond imagination if Metro wasn’t there for the commuters in the region. Every day, on an average, over 18 lakh people travel by Metro. To accommodate the increasing number, DMRC had to introduce trains with increased number of compartments. So in short, Metro is one of the most popular modes of transportation in Delhi-NCR today. But the journey through Metro is not always smooth and peaceful. One comes across quite weird situations at times. Let’s have a look at a few of these- 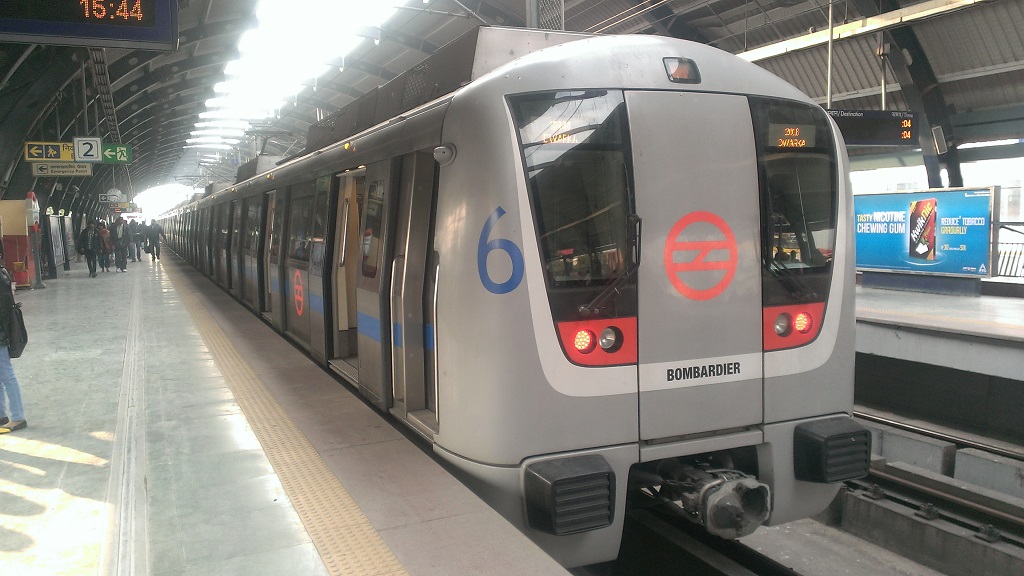 1. Talking loudly on phone and to one another

This scene is quite common in buses as well. But in Metro when everybody is quiet and almost no sound is there, there will definitely be one person who will answer the phone calls as if he is sitting in his room. Such people do not care about others at all. Even the most private and weird talks they would do loudly. Also, groups of 2 or more get engaged in conversations as if they are in a cafeteria. At the beginning, some people might take interest in listening to something that is not relevant to them, but there is a limit. Rest of the passengers always get irritated by such people who are fond of conversing loudly irrespective of the place they are at.

Some people prefer standing near the door. No problem in that, but when they do not seem interested to move a little bit to make way for others to get in and out, one feels like hitting them hard. And if a person complains out of anger, they are ready to fight instead of accepting their fault and getting aside.

Certain seats in the Metro are reserved for ladies, elderly people and for the physically challenged as well. These seats have been properly demarcated but in spite of that, some people grab such seats and then are not ready to willingly vacate them for the deserving ones. Situation at times gets weirder when these shameful people are not ready to get up even on being asked to by the person for whom the seat is reserved.

Massive crowd in the Metro compels passengers to stand/sit close to one another. This sometimes creates a hell of a situation when we have a stinking neighbor. The bad smell can be due to sweating or any other reason, but in any case it ruins our journey if we have no option to move away by even an inch.

READ MORE  8 excuses you still want to eat Maggi after the Maggi ban!

5. Sitting on the floor

Although sitting on the floors of the Metro is prohibited, but some people just can’t control their sleep or bear the body weight on their legs anymore. While everybody is standing, they sit down on the floor and obstruct the way.

Almost everybody likes listening songs, but there are some who like listening it loud even when they are travelling by public transport. In Metro, one very often comes across such weirdos who do not like using headphones/earphones, instead they play songs on full volume on their cell phones. Out of the rest, some people do enjoy but when the songs being played are disgusting, nobody can tolerate it.