Language can be a barrier in communication and can also break barriers at the same time. With things going global and internationalization at its peak, a single language may not suffice your effort. So if you are planning to connect with a hell lot of people you really need that extra that can take you way ahead. Learning a new language and specially choosing the right one may be a task for anyone. So in order to decrease your confusion about the same, let us have a quick glance through some facts that can solve your doubts right away.

Instead of going through a whole new set of alphabet learning and starting from the scratch, learn the one that comes from the parent language- English. Before we begin talking about these 3 languages that you can lay your hands on or tongue if you mean literally, let us see the most spoken languages by no. of countries. This includes – French, Spanish, Arabic, Portuguese, German, Italian, Mandarin and Malay.

Now beginning with those three languages that you can learn for your good, let us also discuss which one can be easy and helpful at the same time. 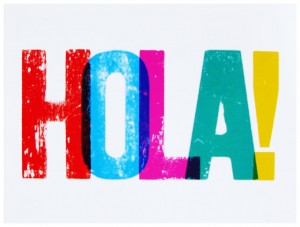 Spanish is the new French now and it is spreading! You can never miss going to Latin America and also cannot miss the amazing Spanish movies. Apart from all the fun things that can be done, there are also other benefits that can amaze you. With a large number of Latino population in U.S and working in major MNC’s, the ones who are well versed with the language always have an upper hand. Not just this, Spanish market is a huge opportunity to tap for the MNC’s which they can take full advantage of with Spanish speakers.

Above all, it is easy to grasp compared to other languages.

As Google says, ‘200 million people speak French on 5 continents’ which is enough to know how important and well spread the language is.

Travelling around the world or dealing at international levels, French will take you way ahead and above your competitors. Also the official language of United Nations, French is used in all international affairs as well. Coming to the business aspect, French is also spoken by half of the African population apart from Europe. So knowing French gives you a heads up in all MNC’s that operate globally as it eases out the interaction and the process.

So French even after all these years hasn’t lost its charm.

GERMAN – POWER IN YOUR TONGUE

The third largest economy of the world and the economic powerhouse of Europe, Germany’s success has led to an increase in aspiring German speakers. As was with French, German too has gained momentum with time and is slowly spreading across as Germany is increasing his market position and reach. With top brands and MNC’s again from Germany and above all the top engineers from here, there is no reason why you should not know German if you deal with them frequently. Moreover, German is also the second most common scientific language in the world.

On the funnier side, travelling Europe again becomes easy this way.