There are innumerable things to do on earth. Not everyone is interested in drowning oneself in books and engaging in intellectual stuffs. Apart from academics, there are a plethora of opportunities awaiting one’s potentials. Notwithstanding these peculiarities and one’s pleasurable proclivities, there are certain events that needs to be attended by all responsible students irrespective of their future ambitions. This doesn’t imply the compulsion factor, rather it claims that certain experiences are worth experiencing. Model United Nations is a simulation of the official consortium of all sovereign countries of this planet that was created to prevent the genesis of Third World War. This article is specially written in order to motivate the burgeoning population of school and college students who wish to make their lives better in every possible way. 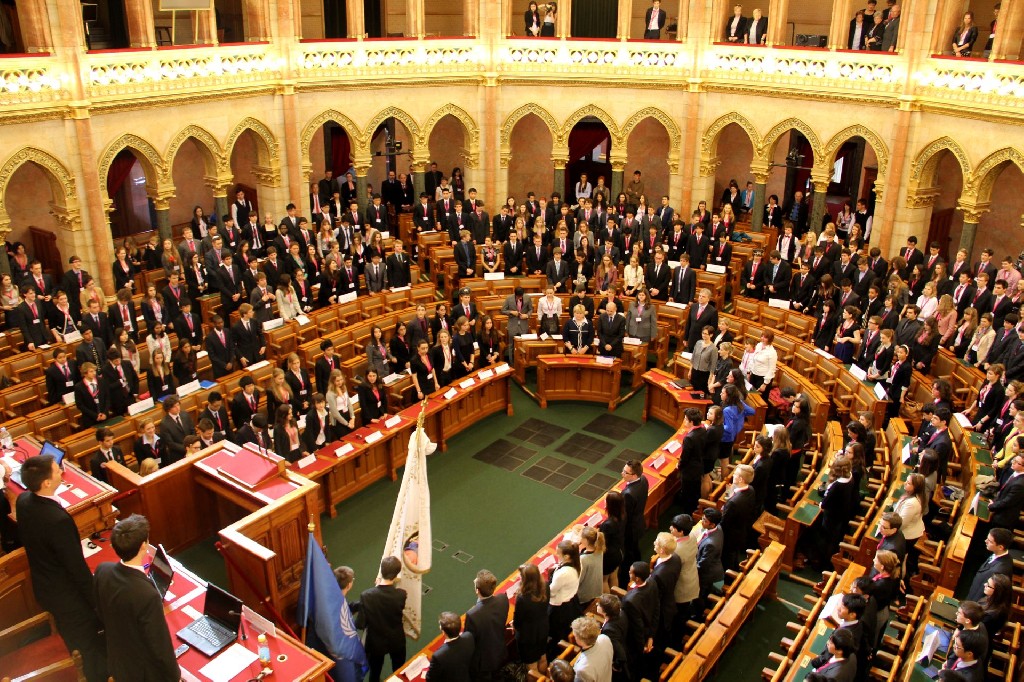 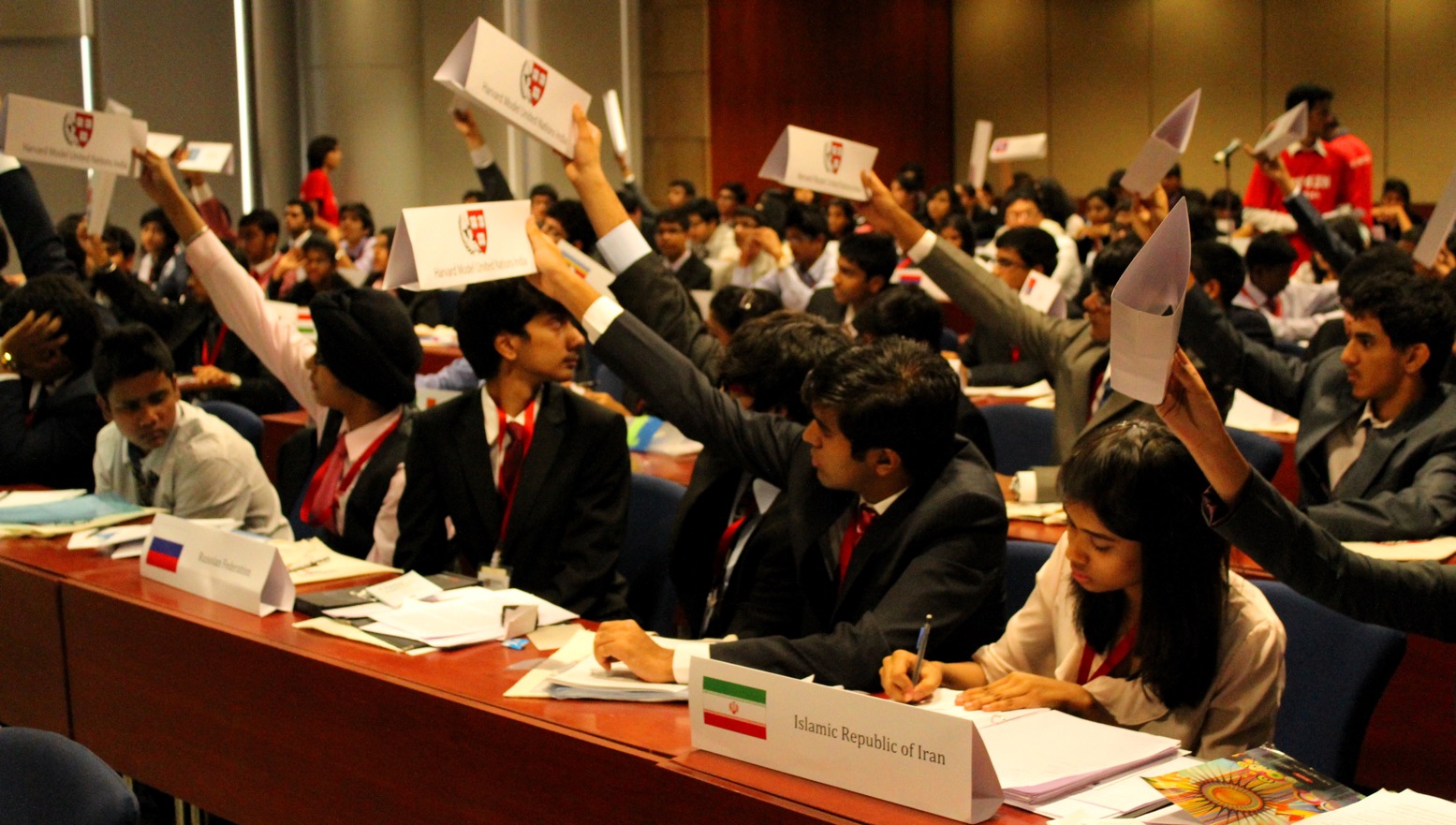 1. Diplomacy is an art– What does it take to represent one’s country abroad? This skill is unfathomable to those who have just begun their educational career. Let’s take India as the base of our discussions. A country which has bypassed and overturned the most notorious imperials or colonialists of the world are at a progressive stage of their economy. There lies certain liabilities and significant agendas which needs to be fulfilled internationally in solidarity with other nations in order to achieve one’s dream of peace as well as integrity in development. Diplomatic ties need to be established at an enormous scale. This can be done only through adept and meticulous study in different possible areas. Model United Nations help you get the taste of diplomacy that can contribute to your future achievements. 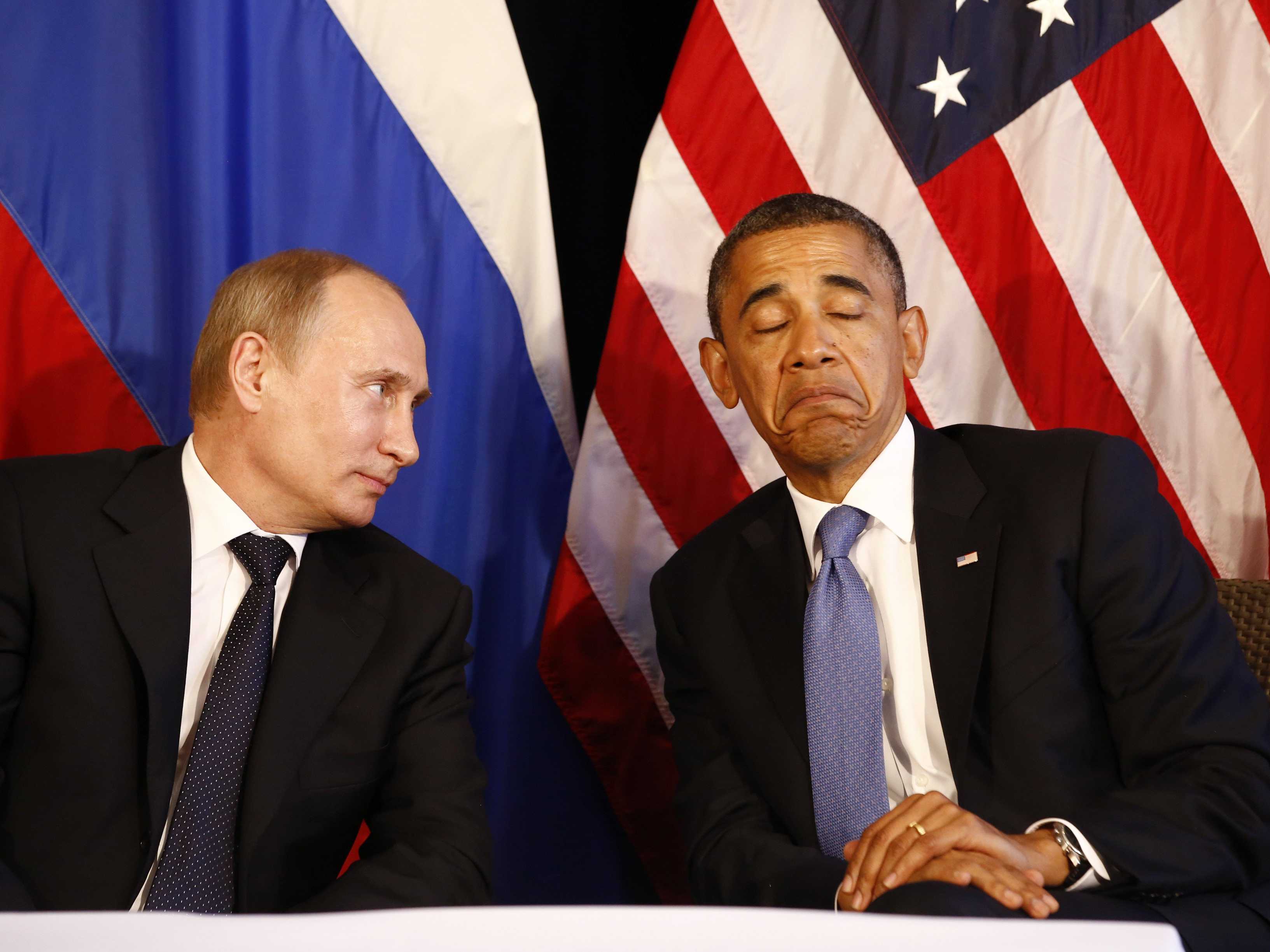 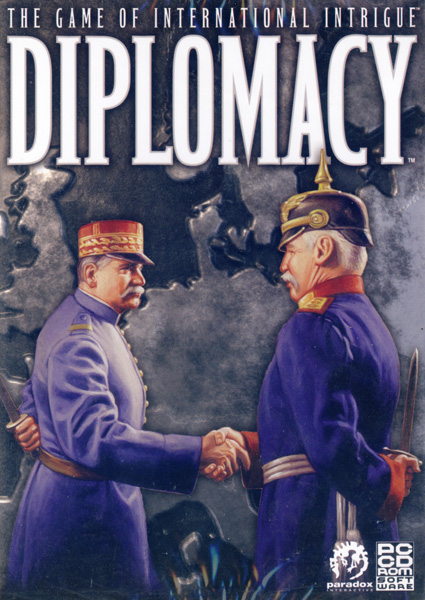 2. Education is the key– One needs to understand international relations theoretically as well as pragmatically in order to address the issues surfaced over the floor of the committee. To grasp this, one needs to comprehensively research over the mammoth sea of knowledge. Imagine the amount of knowledge one has to retain in order to challenge over 193 countries of the world. This definitely will not choke you with information rather it will augment your cognitive capacities. After around 4-5 MUNs, you will become extremely well verse with the most overriding and predominant issues that has either plagued or benefitted the earth fraternity. 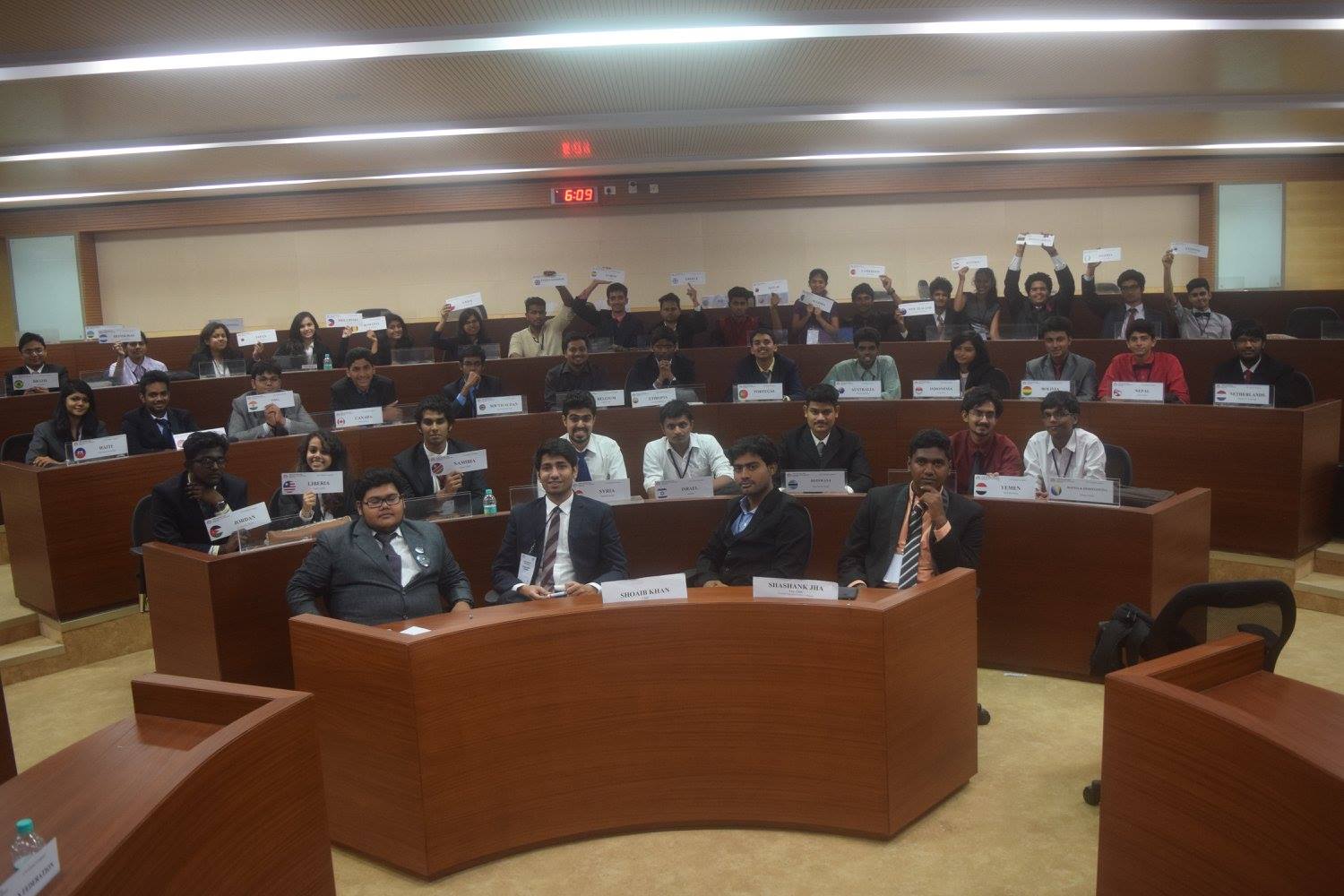 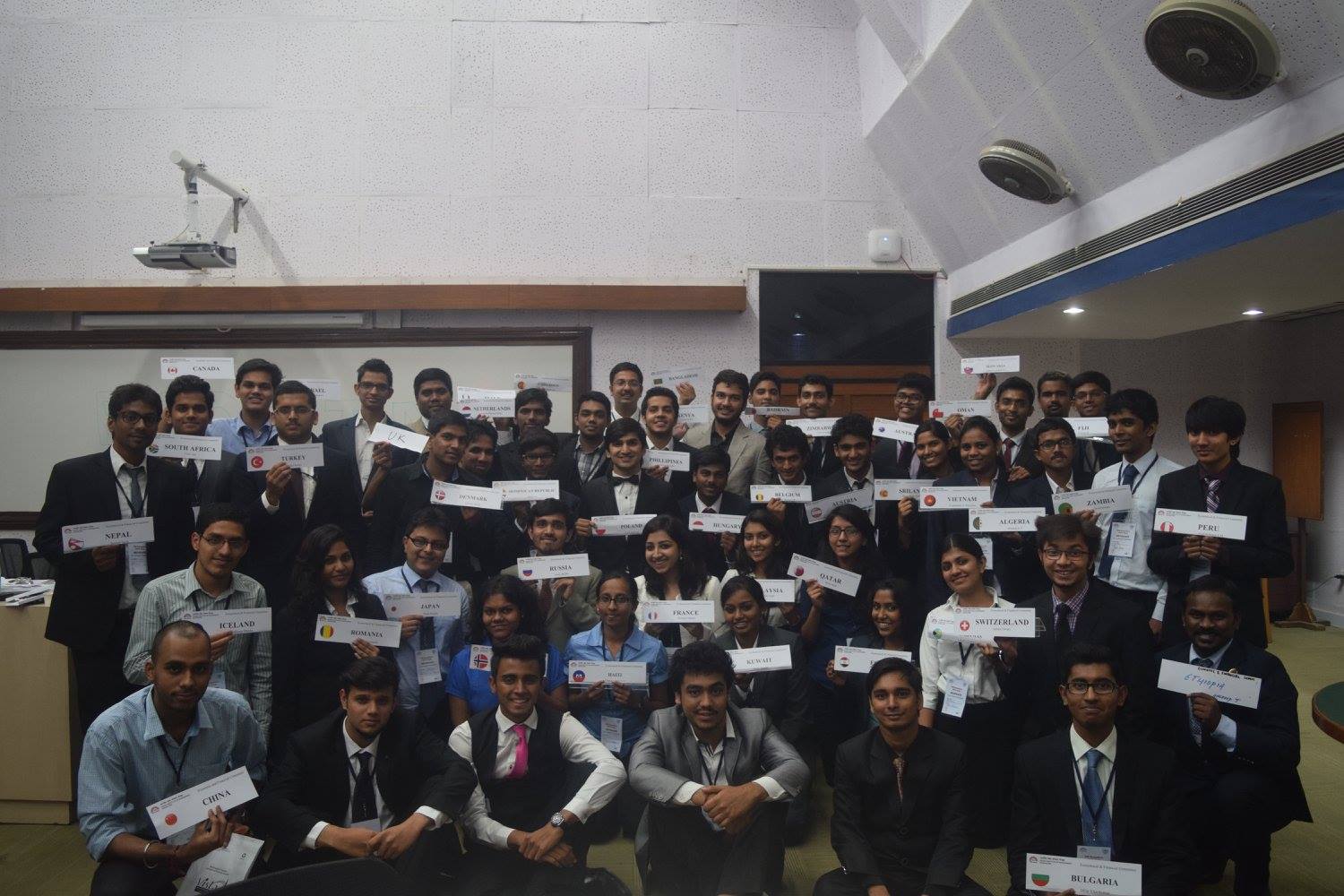 3. Management and persuasive Skills: Lobbying is extremely crucial in every MUN. There are moderated and unmoderated sessions of debate where students have to perform actions according to rules. Moderated sessions witness the formal debates, allegations, questions, discussions and arguments over specified topics. Unmoderated session is to move around and lobby with fellow delegates representing countries. We all know how difficult politics of economy is. Imagine the Delegate of United States caught up in between their favourite Arabs and Israelis in the midst of a committee. This will obviously be a tense situation in the real UN meetings, but an amazingly interesting one in the simulations. How do you stay cordial with arch-enemies Russia and USA at the same time? How do your policies help the developed and developing countries at the same time? How do you convince independent nations to stick to their foreign policy and apparently agree to yours at the same time? The delegates have an awesome time talking to each other as real country representative in the respective attitude. 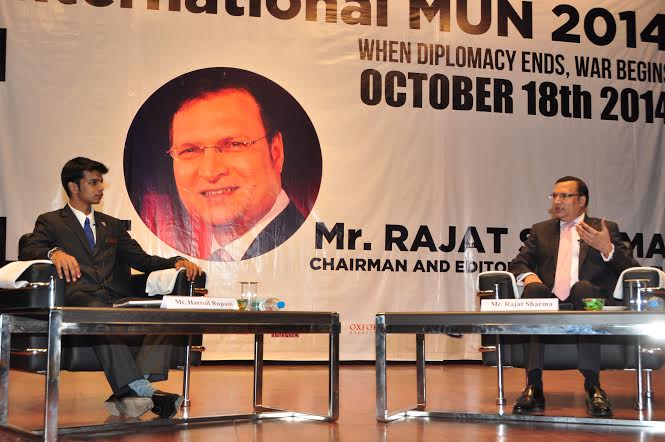 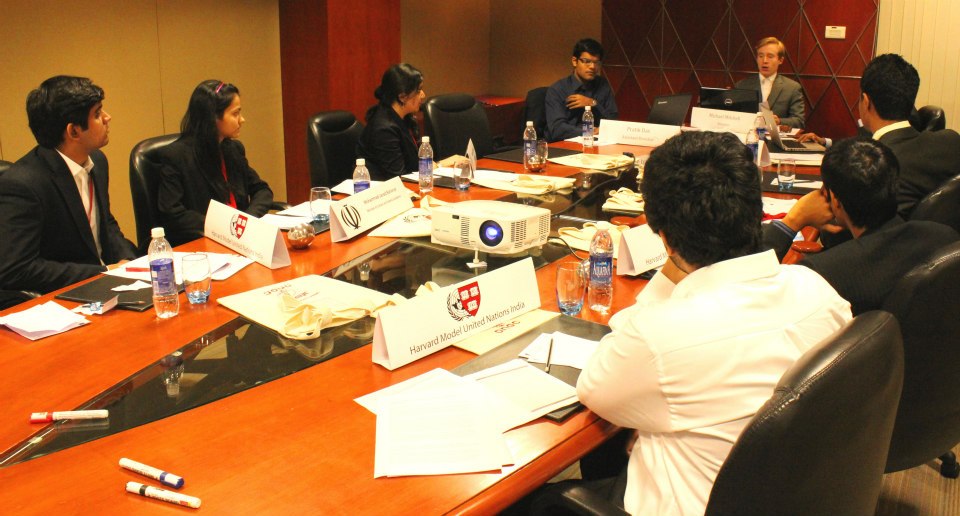 4. Healthy debates- Hubert Humphrey said, “Freedom is hammered out on the anvil of discussion, dissent and debate”. The United States want sanctions on Syrian government, but Russia and China vetoes against this decision on the pretext of their own arguments that it will be impossible to eradicate the existence of the deadly ISIS militants in the absence of Syrian President Bashar-Al Assad. Or simply because they don’t want to surrender to the American hegemonic decisions. Can you debate over this agenda? Do you have enough points to convince to the world that India needs to be a permanent member of Security Council in order to fight against mujahideen and let peace prevail in Asia? Do you have enough matter to discuss whether European countries should accept the war-torn refugees thronging its border owing to the worst man-made war crisis after the World Wars? Do you have enough evidences to show that corporate sustainability needs to be implemented over all capitalist as well as socialistic economies in order to protect the people, profit and planet sphere? Imagine the kind of brainstorming, research and perseverance required to prove one’s points at a platform where you can be blamed or cursed for violations of human rights or acts of domestic corruption. MUN debate points are not cherry-picked over a limited topic, rather it is an extremely challenging event where you need to have more than fathomed knowledge the history, geography, polity, economy and many more domains. 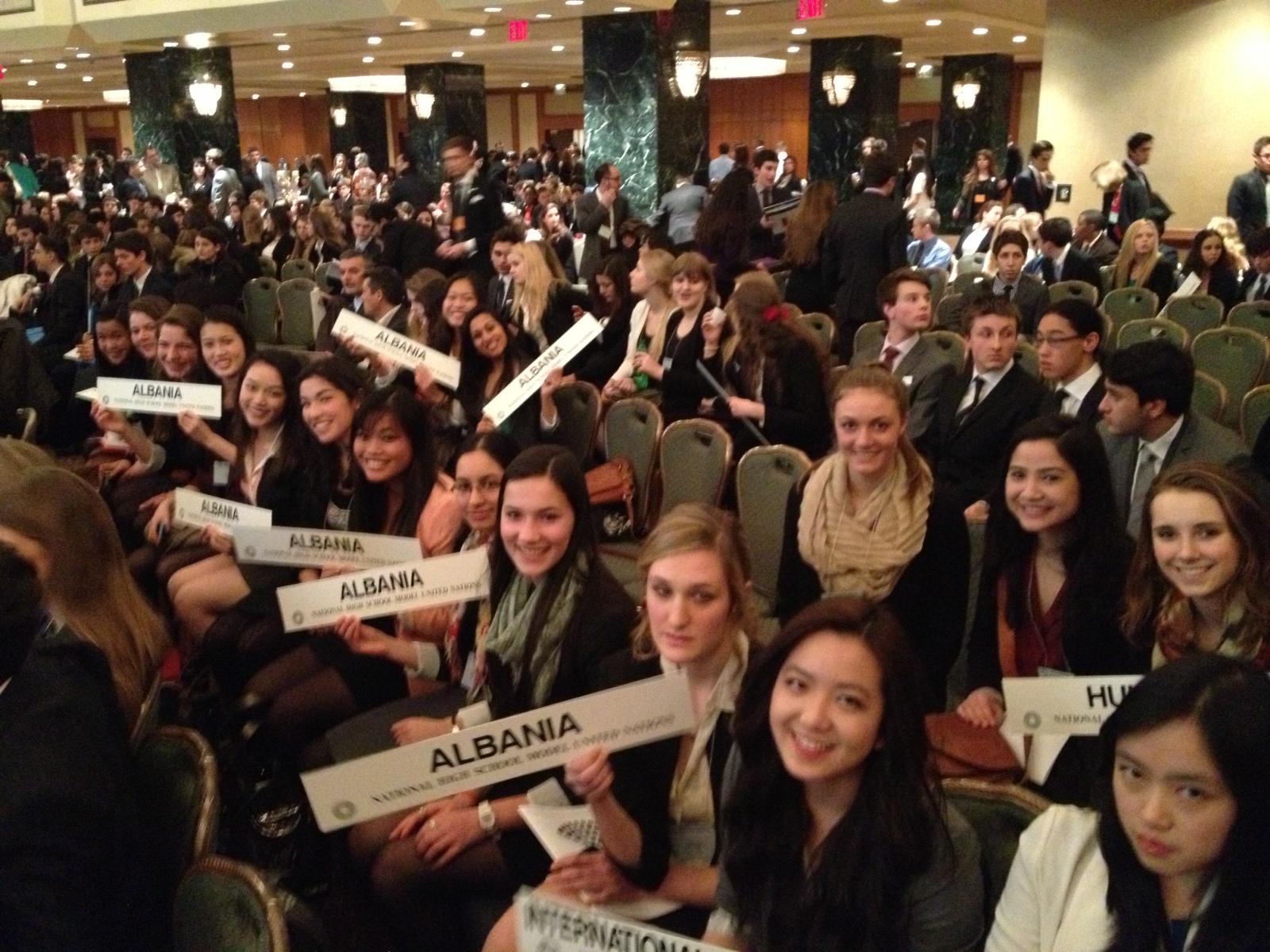 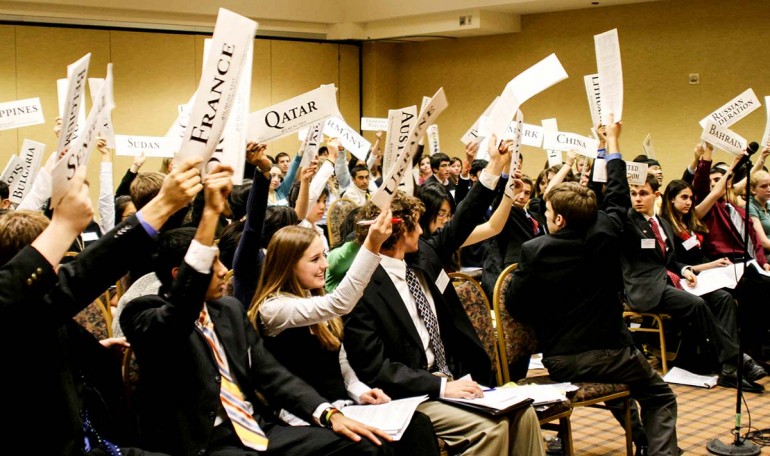 5. Unmatchable learning experience- I once went to an MUN where delegates of Russian Federation were blamed of Georgian revolution intervention while other were asking questions related to Budapest Convention on cyber-crime. Most of us surely have no idea about such events, however significant they may seem. This experience is common to almost every MUNer. You arrive with some knowledge on the topic and leave the committee with truckloads of information you might never forget in future. This is what an MUN gifts you. People and their skyrocketing knowledge. You sit with some experts, take lunch with other masterminds and if goodbye to the intellectuals you wish to meet soon again. MUN shows you where you stand in the world of highbrow sophisticated students. You are suited up in the best of your formals feeling responsible and answerable. It is indeed an amazing experience. You might end up being disinterested and saturated but the memory of attending an MUN will be etched in your conscience forever. 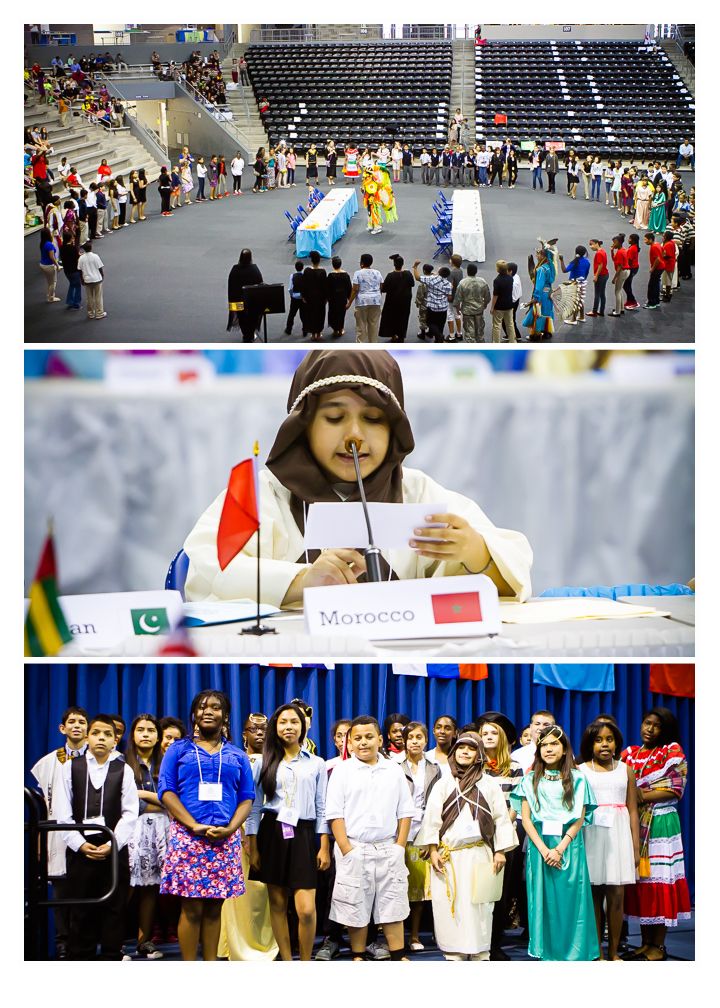 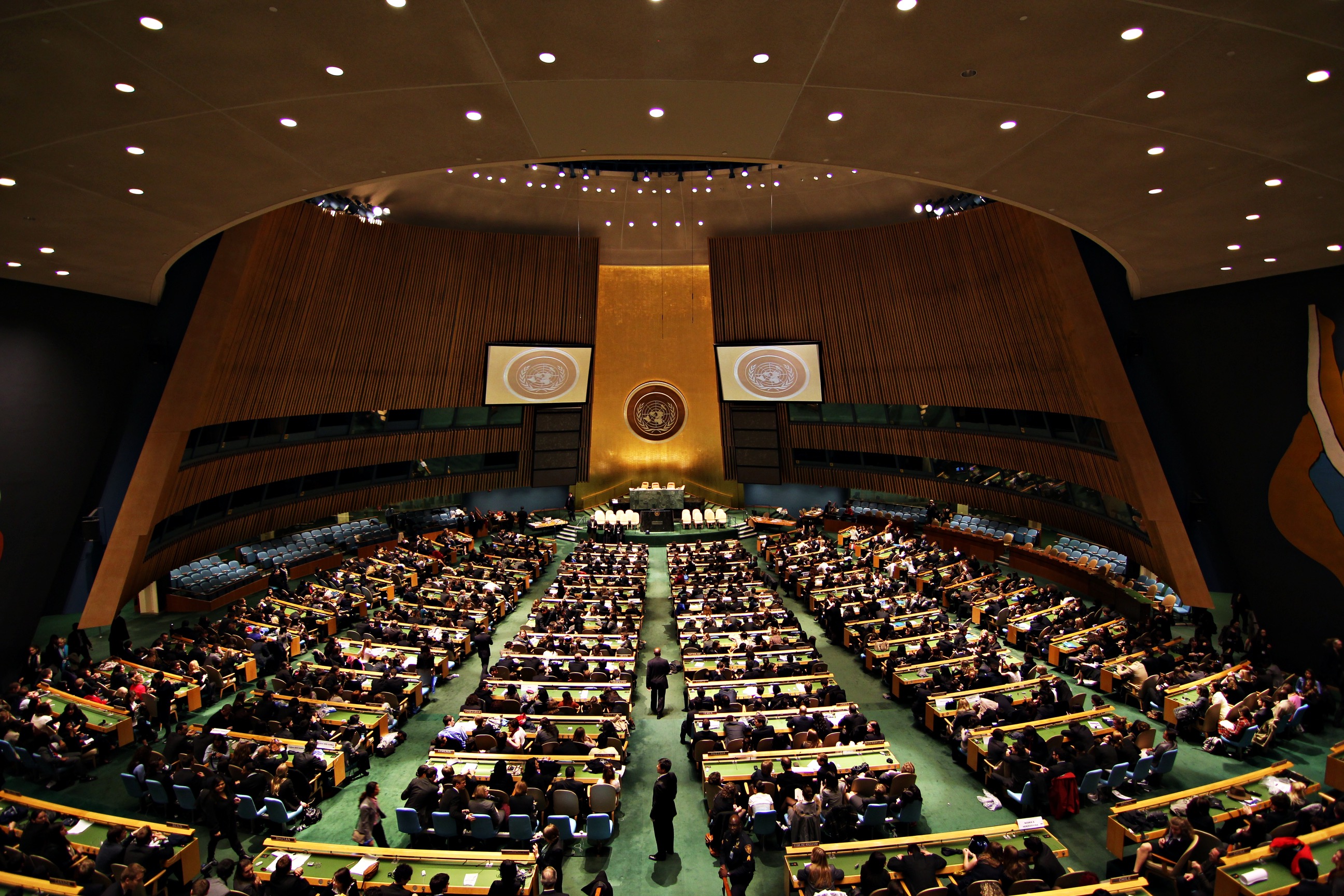