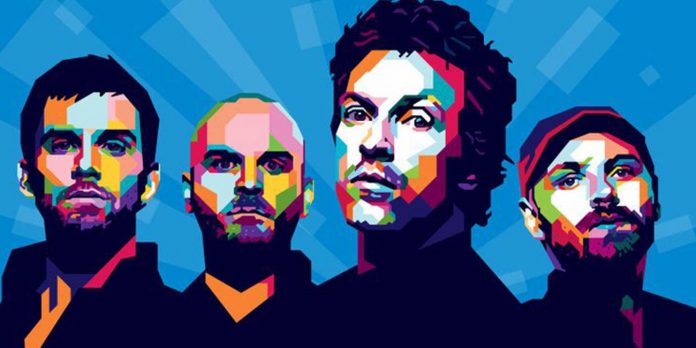 Coldplay as a band has been having major hits from early 2000’s. Coldplay is a British rock band that was formed in the year 1996 that was lead by lead singer and pianist Chris Martin and guitarist Jonny Buckland at University College London. After they had formed the name Pectoralz, Guy Berryman joined the group as bassist where the name was changed to starfish. Will Champion joined as the drummer and finally, they came up with the name Coldplay. After that, they had no looking back, with some of the best Coldplay songs this band has formed its base in the genre of music

This band has risen through the decade to become one of the world’s best pop-rock bands. Their hits would be played at multiple events across the world. Every year at least one song from this band would top the Billboard charts. Coming back to the songs released so far we have come up with the top 10 best of Coldplay songs. 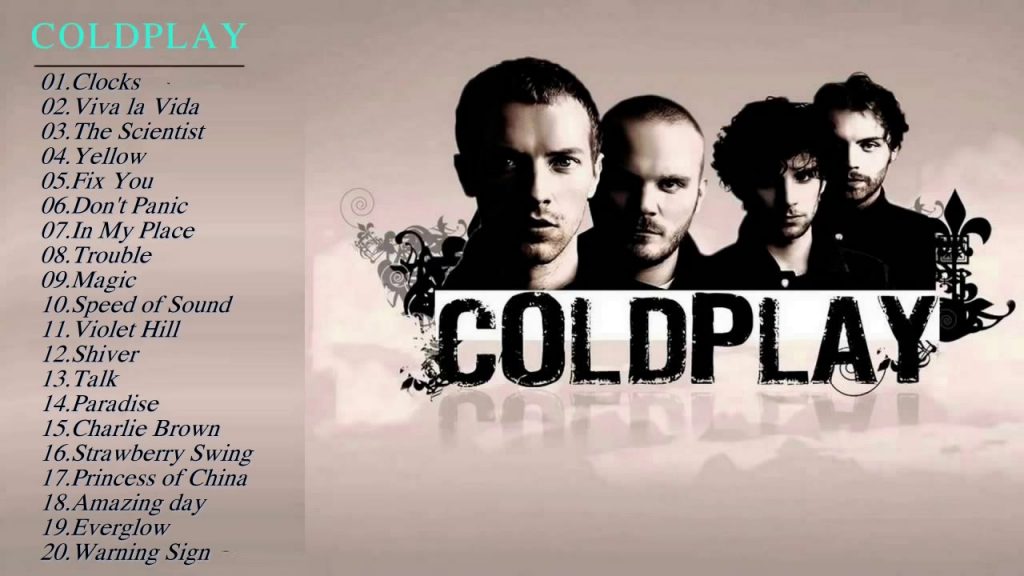 This song was highly inspired by Kate Bush’s song “Running up That Hill” as mentioned by Chris Martin of Coldplay. The “Speed of Sound”, on the other hand, was released as a lead single for the album X and Y. It had reached the top 10 on US pop singles charts in no time making it one of the band’s biggest hit single so far.It had also reached top 10 at adult pop radio.

Coldplay released their next hit “Every Teardrop is a Waterfall” to mainly introduce their album, Mylo Xyloto. It had received two Grammy Award nominations for Best Rock Song and Best Rock Performance. Again the song was inspired by Peter Allen 1976 single “I Go to Rio”. This song was a top 10 alternative and adult pop hit in the US. Matt Whitecross directed the video who used a stop approach.

Chris Martin again says the inspiration “Fix You” started with the sound from a keyboard left behind mainly after his Father-in-law died. He still hears it and weeps every time.This song is mainly for people to overcome adversity. “Fix You” was a major hit and also a top 5 pop hit in the UK and reached top 20. Like the other previous songs, this song made progress on adult pop radio chart climbing to the #24 spot.

This song was a breakthrough for Coldplay. There was no such meaning behind the name “Yellow”.  The thought of the song yellow came to Chris Martin while the band was outdoors looking at the sky and the melody line for “Yellow” was inspired by this. This song hit #4 in the UK. It also reached no #11 on the adult pop radio.

“Clocks” was one of the best Coldplay songs, where this song was put together in the late stages of recording the album A Rush of Blood to the Head. It won a Grammy Award that year. It was widely used in a wide variety of movies and TV shows. It was mostly praised by everyone especially it became a familiar tune to US music fans. This song had reached #29 on the Billboard Hot 100.

Coldplay joined hands with star music producer Avicii to come up with the song “A Sky Full of Stars”. It became third top 10 single in the US and the first of them in six years. This song hit no #1 on both rock and dance charts. It earned a Grammy Award nomination for Best Pop Duo. Chris Martin said that the album is about the uses of exploring the past actions on the future and also mentions about unconditional love.

Hymn for the Weekend was released as one of the second singles from the album A Head Full of Dreams and is considered to be as Coldplay’s greatest hits. This song featured Beyonce in an additional vocal. It was first considered to be a party anthem, which later evolved into exploring what happens when an amazing person enters into your life. Shot in India this song is one of the best Coldplay songs. It had also reached top 10 at adult pop radio. The clip was heavily inspired by spring festival of the Hindu’s i.e Holi which is known as the festival of colours. Beyonce and Sonam Kapoor appeared in the music video at different parts of the song.

“The Scientist” is still being played in many events and concerts around the world even after 15 years. It is mainly a song that is built on regret. The desire to start from scratch echoes throughout the song.The innovative music video runs in complete reverse showing the events that lead to a tragic accident. Chris Martin had to sing the lyrics of the song backwards as shown in the reversed film. The music video won three honours from MTV. It had also earned a Grammy Award nomination. It is still considered as one of Coldplay’s greatest hits of all time.

This song is a contemplation of historical and religious references. The title was taken from a Mexican artist Frida Kahlo in his painting “Viva la Vida”. The English translation of the title is “Live the Life”. This song won the Grammy Award for Song of the year. It went on to become a soaring hit #1 on pop charts in the US and as well as the UK. It was considered as one of the top 10 songs of the year. Out of the many Coldplay songs, this song is memorable to date. There were two music videos that were shot for “Viva La Vida”.

“Paradise was the second single that was released from the album Mylo Xyloto. It once again earned duo Grammy Award nomination for Best Pop Duo/Group Performance. Paradise became a raging success with its amazing music video and also top the charts in #5 for alternative rock and adult pop charts. It topped the UK pop singles chart at #1. The music video had lead vocalist Chris Martin dressed like an elephant. It received a rock video honour from MTV. The band is seen also performing in elephant costumes at the FNB stadium in Johannesburg.