If you ever look into history and question yourself who is the most controversial actor in Bollywood then the first name which strikes your head is Salman Khan. Love him or hate him he is the most wanted actor in Bollywood. He is that one hero who has a strong mass image in the Hindi film Industry. Congratulations to him for being selected as a Goodwill ambassador on occasion of India getting ready to participate in Rio Olympics. The intention of Ministry of Sports and Indian Olympic Association could be different, they might have thought that selecting a person like Salman Khan might create Buzz about the Olympics and the support will be huge for put participants which is very eminent. Seems like the buzz has been created but in the other way around. This most controversial megastar stars are still seem to be running under hood. There has been a big criticism as well as support for his selection as Indian Goodwill ambassador. Though some athletes are boldly commenting on social media about his selection some are commenting in other way around about this issue. Here are those 5 main reasons why Salman is being hated most at this time and being opposed as a Goodwill ambassador.

Milka Singh is the one who has commented openly and showed his disgrace about Salman’s selection. He mentioned clearly that it would have been more meaningful if an athlete was selected instead a Bollywood star. Well, it is Salim Khan, father of Salman Khan who has bashed Milka Singh, Salim mentioned that Salman is an A grade swimmer, cyclist and Weight lifter though he didn’t participated. So did Milka miss this thing while commenting? Being precise is there any written law that an athlete should be an ambassador? 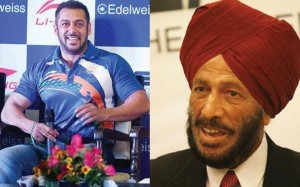 Some or other way he has been marked as a criminal in the Bollywood for his 2002 Hit and Run case. Though he got a clean sheet in High court he is facing the same case in Supreme now. The people who are opposing his selection are mainly aiming at this cases and terming him as a criminal. Well, it is really unfair to address anyone a criminal until or unless it is proved and also according to Indian penal court a person who is facing any allegations is free to represent any organization and body until the allegations were proved. So folks, you have to decide. 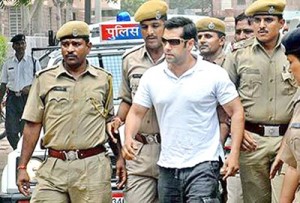 3) Harassment case with Aishwarya – No respect towards women

Salman had a bitter breakup with Aishwarya. Though the couple were in news for some time as the actress started to deny the movie offers during their relationship and actress parents filing an FIR against Salman Khan as he was harassing Aishwarya it is all old story. Post the break up, they both moved on and had shared their space with some other. You just can’t mark someone as molester or harassers just by their previous acts. It is the same Aishwarya who has backed the decision of selecting him as an ambassador. 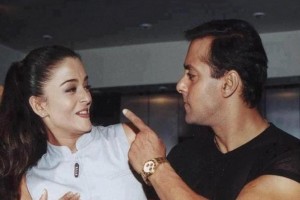 Yeah no one forgets about his fight with his best friend Sharukh Khan and other co-stars. But all those quarrels are up to his personals and have not involved anything regarding country. Those quarrels were solved. On the other side it is the same Salman Khan who has become a God father for many co-stars and has given an uplift to many careers. He even indeed has helped many co-stars who are in troubles. 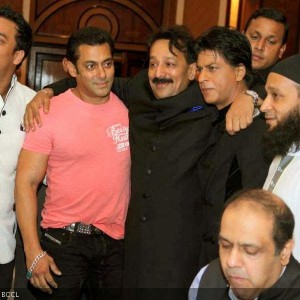 Salman Khan has been doing many good things under the charity name Being Human. If the ambassador should be such person who is good at heart and who has renewed fame then it is absolutely Salman Khan. Let him be the ambassador or not, hate him or love him he is the “most wanted”.