Sridevi a Versatile actress (born Shree Amma Yanger Ayyapan; 13 August 1963 – 25 February 2018 in Place called Sivakasi in Madras.She is an Indian Actress and acted in all Tamil, Telugu, Hindi, Malayalam, and Kannada films. She started her career as a child artist in a Tamil film Thunaivan released in 1969 at the age of 4. In fact, as a child artist, Sridevi had acted in many Telugu and Tamil movies.Her career began at the age of four when she starred in “Thunaivan.” Her Bollywood debut at the age of 12 in “Julie,” and landed her first adult role in the following year in K. Balachander’s “Moondru Mudichu” opposite Kamal Hassan.

Maa Nanna Nirdoshi (Telugu, 1970), Badi Panthulu (Telugu, 1972), Vasantha Maaligai (Tamil, 1972), Prarthanai (Tamil, 1973), Bhakta Kumbara (Kannada, 1974), Julie (Hindi, 1975), etc. She made her acting debut as an actress in 1979 with the Bollywood film Solva Sawan. The film is the remake of Tamil film 16 Vayathinile (1977), in which she starred opposite Kamal Hassan and Rajinikanth.She was the much awaited and sought after by all Directors and producers for her acting skills, as she was very much comfortable shifting her roles from female to male voices with ease.And most of the producers paid much then she Demanded.In South, people know her by a famous movie,Padaharella Vayasu. 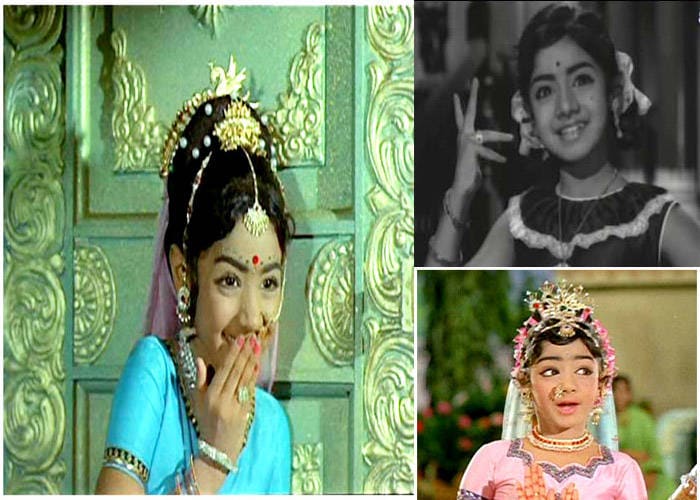 In 1985, she got married to Indian film actor Mithun Chakraborty to whom she divorced in 1988.

And then she Remarried Boney Kapoor the Bollywood Famous producer in 1996,and Have two Daughters.

She has conquered and mesmerized with her beautiful performances has died on 25th February. She died due to Cardiac Arrest in Dubai.She was 54 when she died. She was with her family while attending her nephew Mohit Marwah’s wedding.At the time of death she was with her Husband and Daughter Khushi, and the Elder Daughter Jhanvi was away busy shooting in her Debut Movie. 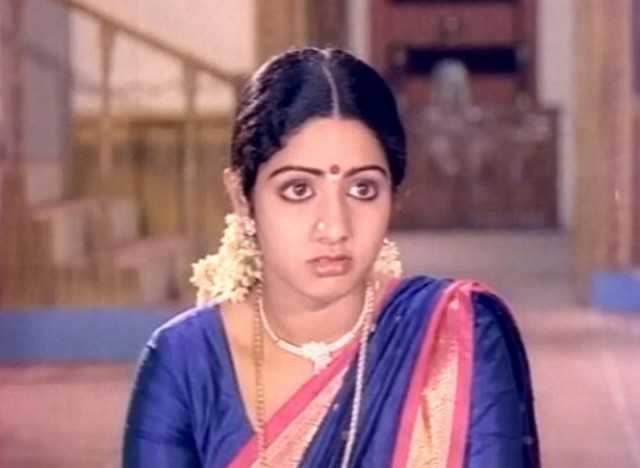 She was knowns as the First Female superstar of the Era.She was honored with the Padma Shri in 2013 by the Government of India and received this award from the President of India Pranab Mukherjee. She was well-known for her acting skills and received numerous famous awards for her contribution to the film industry. During her acting career, she worked with so many popular actors like Jeetendra, Kamal Hassan, Rajinikanth, Nagarjuna, Dharmendra, Sunny Deol, Amitabh Bachchan, Sanjay Dutt, Anil Kapoor, etc. 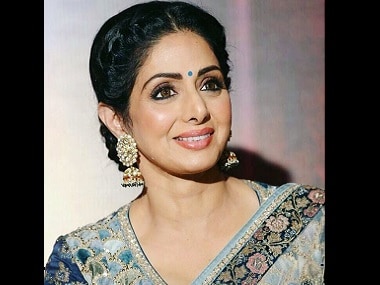 After marriage, she took a break of approximately 15 years from the film industry and made her come back in 2004 by featuring in the Hindi TV serial Malini Iyer. In 2005, she judged the TV show Kaboom. In 2008, she started working as a fashion model and did several modeling assignments. In 2009, she along with her husband Boney Kapoor appeared on the Salman Khan‘s popular reality game show 10 Ka Dum. In the same year, she appeared as Showstopper in the HDIL Couture Week 2009 for several designers like Queenie Dhody, Neeta Lulla, and Priya-Chintan. In 2012, she appeared in an Indian TV talk show Satyamev Jayate, hosted by Aamir Khan.

And then she re-entered with a movie  English vinglish where she mesmerized with her character.

Her last Movie, “Mom” — in which she played a teacher seeking to avenge the rape of her stepdaughter — was released last year.

She is and she will remain as the super Universal Beauty and remains in our Heart. May her soul rest in peace…

We love you, Sridevi……