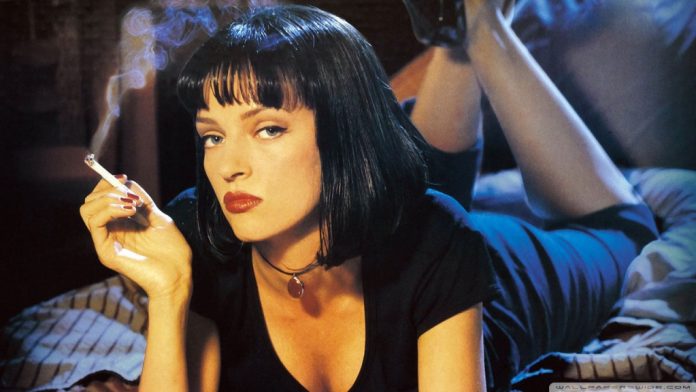 There are a few movies you can’t get enough of. These timeless classics age like wine and only get more and more charming with time.

I should probably mention that I’m counting only English movies and those that stand on their own. No movie series qualify for this list. So, sorry “Star Wars” and “The Godfather” fans, not your day.

Here are 8 of the most re-watchable movies to ever exist:

This very loose adaptation of P.L. Travers’ book series “Mary Poppins” is a heartwarming tale of a loveable girl named Mary Poppins who visits a dysfunctional family. It wouldn’t hurt to sing along to “Chim Chim Cher-ee” as Mary employs her unique brand of lifestyle to improve this family’s bonding. This Lovable Walt Disney Classic is the one you will be watching over and over again with your friends and family.

“Raindrops and Roses and Whiskers on Kittens…”

This 1965 classic is as fresh on screen as it is on stages across the world. Maria, who is a kind hearted girl studying to become a nun in Salzburg fills the lives of a widower and his seven children as their governess with Music and warmth of her love. The songs catch on and the tale gets more and more enjoyable with every time you see it.

This movie was Robin Williams in his strongest Dad mode. One of the most loved comedians of all time with this snap timing and eccentric portrayal, the American comedy is sure to tickle you. I’ll admit that not it gets a little melodramatic from time to time, but I can ignore it for that cake smearing scene. This fun physical comedy is sure to make you laugh and cry every time you watch it

This movie might have been the first time you fell in love with Tom Hanks. A movie that is guaranteed to make you laugh and cry with a clueless protagonist who goes through life without realising his impact on history with a kind heart and things mama said. Follow Forrest as he saves lives, makes money, falls in love and spreads hope everywhere he goes. With a rich cast and a hilarious use of “Butterfly Effect”, this movie will never stop to be entertaining.

No Kid in the entire universe can ever hate this story. The Grandpa – Grandson relationship, the amazing heroes, action and comedy all together is the perfect recipe an amazing family flick. Andre the Gaint, Buttercup and Inigo Montoya later became eternal in the pop culture. If you don’t believe me, try to think of a revenge fantasy without the words “My name is Inigo Montoya, you killed my father, prepare to die.”

If you said what, don’t say it again. While your parents might not like the swearing and violence as much as you, the movie regardless keeps its charm regardless of how many times you watch it. With subtext, pop culture references, dark humour and sharp dialogue in the script of this timeless classic by Quentin Tarantino; the movie refuses to stop being entertaining. And who knows, maybe if you watch it enough times, you will figure out what’s in that briefcase.

This Noir film might not have done well at the box office but has sure gained a cult following. A classic Psychological thriller with a stellar cast and one hell of a title, the tale of Jack/Tyler is sure to entice you over and over again. With loads of graphic violence, dark humour and extreme nihilism; this anti-capitalist flick is sure to stay on your re-watch list forever.

When it comes to dry humour and spot-on deadpan; nobody beats this classic Brit-com. With the screenplay written by the British Group Monty Python; this fantasy adventure packed with historical references, sorcery, witch hunts and a killer rabbit; there is no way you will ever let go of this movie. The repetitive themes and hilarious visual comedy; Monty Python will tickle your ribs for eternity.

Regardless of when you were born, these movies will remain entertaining for at least the first 5 million times. Just…. hope they don’t make bad remakes to ruin them, and we good to go.