India is a booming market for any new technology.  Indians are very flexible in adapting new things. Indians actually have the mentality of getting more than the money paid. We call that as value for money and we are sure that no one is exception for that including us. So the smart phone culture has taken over India from 5 years vigorously. It has almost became a basic need for many people. Indians are also not minding in having more than one mobile and India stands next to China and South Korea in terms of more number of cellular users. It is estimated that India will stand with China very soon.  The mobile market is seeing at least 3-4% rise in sales. As brand name had become a major factor in selecting the mobile, here are those 5 top brand mobiles being sold in India. So choose wise

The brand which made its success story from failures. Motorola is the first producer of commercial mobile phones in the world. It has seen a huge drop in sales during the early 2010’s. It has come back with G series phones and grabbed the market. Despite being available only Ecommerce websites this phone has reached a notable mark in sales and set some new records in the mobile sales. Motorola has also won the most trusted brand award in 2013. The current market share of Motorola is 6%.

This brand mobile phones has designs inspired from top mobiles. The Lava IRIS almost resemble the Iphone 5s in design. Well, Lava phones are Indian assembled phones and they are constantly experimenting with new models in market every month. This brand is well known for the budget mobiles in smart phones. The current market share is 7%.

This brand is still making money concentrating on entry level mobiles. Karbonn is the first mobile brand in India to introduce the dual SIM phones unofficially. This brand also sells assembled in India phones by buying chips from China and Taiwan. The current market share is 10% and still growing. Karbonn mobiles are known for their strength. 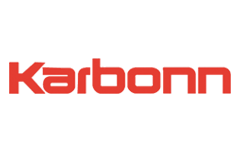 The unbeaten mobile brand. Samsung is the brand which has shown the right flavor of Android Smart phones in India. This brand offers mobiles from entry level mobiles to high end mobiles. This brand is slowly showing its mark in Tablets and Fablet too. Samsung is well known for its prompt service and international branding. The Samsung phones are usually durable and are known for ease of operating. The current market share of Samsung is 20%

The proud Indian brand. Micromax has got the mobile prices so low that even a person below middle class can afford. The Micromax offers mobiles from entry level to middle level and almost the middle level mobile market is occupied by Micromax. This company has started to eye on premium mobiles market too. Micromax manufactures mobiles in its own units and even it started exporting to other countries too. The current market share of Micromax is 27%

The remaining mobile brand occupy the reaming share of market together. The premium mobile market is still facing monopoly by Apple brand but at the same time as more and more mobiles are lining anything could happen with these positions near future.