Napoleon Bonaparte rightly said, “The truest wisdom, in general, is a resolute determination.” Schools have been instrumental in incorporating virtuous principles and obviating indecision, uncertainty and lack of faith in one’s competence. Teachers have inspired worship in work. The schools have postulated exceptional ideologies.

In a profound sense, it is work and not birth that governs the aristocracy of present times.   Nevertheless, the quest for happiness is so basic an impulsion in all of us that it is appropriate to say something about it. Ineffable are our feeling to our schools that paved the path of success and glory. They taught us with supreme dedication and love and made us all realize that success is most enjoyable when it has been won against odds. However, there are few things that require further fine-tuning:

Unfortunately, schools do not lay emphasis on programming. Not to gainsay that students’ benefit from the comprehensive curriculum and syllabi, but programming is one of the many areas that require fine-tuning.  The programmers of today are the wizards of future. The omnipresence of computers has rendered the world digital and omnipotent. To empower the world, one must essentially comprehend the subtleties and nuances of computer languages. By leveraging the concepts of programming, one can hone and sharpen reasoning skills.  It is estimated that around 1 million jobs in America may go left unfilled because only 1 in 10 schools teach how to code. Irrespective of your ambition, it is advised to master the art of coding as it enhances your ability to take better decisions in life.

Let us all remember the wise words of Steve Jobs, “Everybody in this world should learn to program a computer, because a computer teaches you how to think.”

The art of conversation, as they say, is a dying art. The true, strong, and sound mind is the mind that carries man afar. Speech is the index of mind. Lamentably, schools follow an orthodox procedure to teach the principles of conversation. 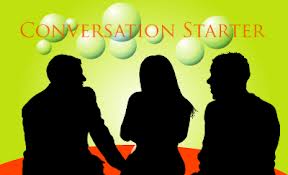 The standard procedures of letter writing and essay writing are taught in an authoritative tone only to do away with the nitty-gritty of an effective conversation. To cultivate the art of conversation, we have to groom ourselves in courtesy, etiquette and cultural mores. But, regrettably, in neither places of school and office is so indispensable a utility thought necessary. Astonishingly, many of the largest business houses and chambers of commerce in the country do not think it necessary to invest in training the employees to master the art of conversation, and blithely continue in their vandalistic course of denuding and eroding the art of conversation.

More often than not, many schools emphasize the concept of ‘profitable careers’. Awfully, many students after completing their studies embark on a business. Many pursue a career in management only to be ridiculed. Many rich elite businessmen present their younger generation a business project, the capital for setting up one, so that they can busy themselves with a hobby, in the same way as parents in the West buy their bright young ones a toy train. Some industrial and commercial magnates are chary of allowing their sons to work in junior positions or lower designations, in the mistaken belief that this procedure would be demeaning for their precious little ones. 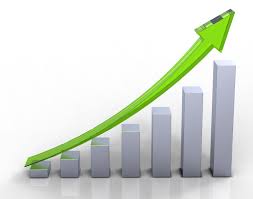 Let me quote the example of Jack Welsh, the ex-CEO of General Electric. Having started his journey from an ordinary employee to an exceptional CEO, Jack Welch’s dynamic leadership worked wonders. By beginning at the top, business executives are completely ignorant of what happens at the bottom and at other levels in the organization. As a consequence, they remain at the mercy of their employees. In addition, due to the lack of this detailed knowledge of operations at every level, the whole set-up tends to be efficient and loose-knit. As a result, other undesirable features such as wastage, honesty and petty larceny, develop and continue unchecked, with disastrous economic consequences.  It can safely be said that the wider and deeper his experience, the better will an administrator be. Obviously, it is safe and wise to know all the ground under our feet, rather than to be transplanted suddenly on alien soil. And is it not better to climb a staircase one step at a time, rather than attempt to reach the top in one leap? Well, schools should definitely take the blame!

Students are taught about Compound Interest and Simple Interest. They delve deep into the details of inflation and recession. Yet, they don’t acquaint themselves with the principles of financial management. Monetary terms such as Repo rate, reverse repo rate, bank rate, liquidity ratio, bonds, debts, futures etc. are never taught in schools. As a result, most of the students are ignorant of financial management principles. They are taught the gospel truth- A penny saved is a penny earned but students are never taught about the avenues of saving.

These are two intangible assets that yield rich dividends. A blend of these two virtues in astronomical proportions is desirable. However, you are taught to be a leader but not taught how to be a leader. Likewise, to be confident is taught but how to be confident is never taught. If a student inculcates the above two attitudes religiously, he is the embodiment of wisdom in words and hero in deeds! 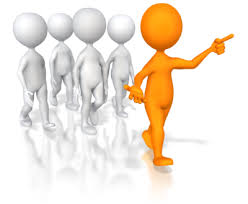 These small courtesies sweeten one’s life and ennoble others’ lives. Skills maketh the man – and the woman too. Should excess of success inflate our vanity unduly, the best antidote to that malady would be a study of astronomy. When we see the microscopic diminutiveness of our tiny planet in this mighty universe of billions upon billions- many of them much larger bodies, the bloated balloon of our conceit will be pricked surely. Thus, schools played a vital cameo in our lives and the virtues that they incorporated in our lives are eloquent testimonies of their unparalleled toil.

But those who think that success is not possible for anybody, except glamorous film stars, millionaires, and members of royalty, would do well to remember the inspiring words of Baron Pierre de Coubertin, founder of modern Olympic games: “The most important thing in Olympic games is not to win, but to take part; just as the most important thing in life is not the triumph but the struggle. The essential thing is not to have conquered, but to have fought well.”