“Lumos” said Harry…and a blue flame lit upon the tip of his wand. 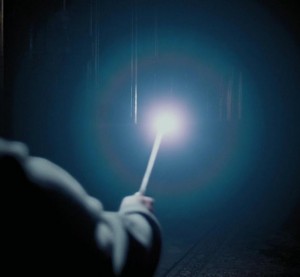 And though this spell might only work in the Wizarding world of Harry Potter, a place where we would rather be, the story of Harry Potter has cut across the barriers of the “Real” and the “fictional” worlds. Our life has indeed “Lightened up”, and the spell that achieved this isn’t “Lumos” its J.K. Rowling (A.k.a. the queen). The impact of her writing has been so tremendous that our generation has been termed as “The Harry Potter Generation”, because we would rather study wand tricks inside a medieval Scottish castle rather than living our mundane Muggle lives. We’ve become escapists. But that is not that bad a thing to be, if the place you’re escaping to is a Quiditch Game or a Charms class (Its LeviOSA not Leviosarr).  Imagination is the fastest vehicle to transport you to the places where you’d rather be… This article lists out the various ways in which Harry Potter has changed our generation.

“Harry Potter” has been a reading catalyst for many people and has inculcated this beautiful habit. Harry Potter is the first book that a child lays his hands on and eagerly devours. It is J.K. Rowling whose magical words saved an entire generation from being slaves of the Idiot Box (The television if you will) and expand their consciousness through the immaculate world of words and ideas. The wizarding world became a stepping stone into other great works of literature. And instead of being senseless individuals, addicted to gadgets, we became questioning adults, addicted to books. This incitement to literature has been the saviour of more than a few in our generation.

We expanded upon the world of Harry Potter as had been bestowed upon us by the queen. We recreated the magic. And we got the drive to do this because we were too impatient to wait for the queen to write more. So we’ve created this massive body of Literature that is termed as “Harry Potter Fan fictions”, and this has become the starting point of many budding writers…who discovered their talent because of their love for the Potter World.

Harry Potter is not merely a bedtime story for Children…it espouses a philosophy that is so intrinsic to all religions that if one understands this at an early age, you’re sure to grow up to be good human beings. The goal of creating “good human beings” is central to every educational/religious system that has ever been created. And this has been achieved by the writings of JK Rowling. The philosophy that “Love conquers all”, “Good defeats evil”… and the virtue of sacrifice have been emboldened into a story that no one would ever truly forget. These characters shall always live on inside the minds of their readers…and the stories that we most dearly cherish live on inside us. These characters give us hope and happiness…because “Happiness can be found even in the darkest of places, if one remembers to turn on the light”. I have personally never met a person who has read Harry Potter and still is a bully who people might despise. This series just makes you relate to the oppressed so much that you just cannot fit into the shoes of the oppressor. And this is why JK Rowling has made good human beings out of this generation. 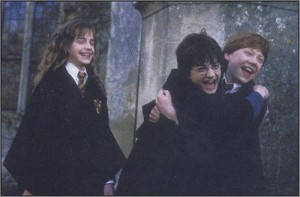 As the Harry Potter fever grew, there emerged Harry Potter communities all over the Internet, debating and discussing the biggest story of their generation. These platforms made way for ever lasting friendships, because the central theme to these friendships was something that we could relate to for the rest of our lives. Relations based upon the mutual love of the values that Harry Potter stood for outlived more than a few “real time offline” friendships. The Harry Potter communities aggregated like minds…and long since the last movie has been released, these bonds still hold strong…they’ve culminated into blogs, entrepreneurship partnerships and much more…because the kind of crowd that Harry Potter attracted was the kind of crowd that could change the world.  We can never forget the magic of Harry Potter, and neither can we ever forget the friends that Harry Potter helped us earn. Harry lived 11 years of his life under the staircase…and friendless…he has proved to become the reason of a friendlier world…which shall perennially hold strong.