“There is a stubbornness about me that never can bear to be frightened at the will of others. My courage always rises at every attempt to intimidate me.”

Women empowerment has been the topic of various discussions across the globe. The attempts for the upheaval of the status of women in India had gone through many trials and as a result, these trials have given us a number of eminent women figures now dominating different sectors of India once monopolized by the patriarchal influence. Gaining a favorable repute in highly competitive sectors, be it political, economical or technological, is a difficult task but living up to the standards of being an ‘influential personality’ is a whole different story. Here is a list of some of the strong women personalities, disclosing the reasons ‘why’ they are influential. 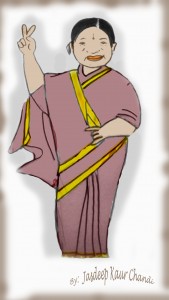 Jayalalitha is an actress turned politician popular for her controversial and lavish lifestyle. If Indira Gandhi is believed to be one of the most important political women of India, then Jayalalitha cannot be left behind in the race of influential women personalities of politics. Like Gandhi held the reins of Indian democracy while ruling as the first Woman Prime Minister, Jayalalitha holds power over Tamil Nadu with the help of her supporters. Even after getting sentenced for four years of imprisonment in September 2014, for being involved in a corruption scandal, her supporters didn’t betray her but protested against the conviction and shed tears of anguish for their ‘Amma’. And when she got a clean chit from the Karnataka High Court, the same supporters were crying with happiness. She even gets to be worshipped as a ‘Goddess’ by them and has also created a brand image of Amma. Well that says a lot about her influence. It is another story if this influential personality is born out of the benevolence or covetousness.

READ MORE  The Skilled Professionals And The Indian Organisations- A Long Distance Relationship? 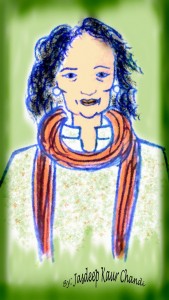 Roy is recognized for the authorship of the novel ‘The God of Small Things’ which gained her  a global fame after securing the Man Booker Prize for Fiction in 1997. She has been subjected  to various criticisms for her political activism and views on Human Rights and  Environmental Safety. She has openly criticized the U.S. government for their ‘bombing-  wars’ against different nations. Her support to Kashmir separatism and consideration of  Maoists as ‘Gandhians’, gave birth to the controversies surrounding her. She was also a  supporter of the protest of ‘Narmada Bachao Andolan’. She has indeed shown the courage by  freely speaking her views and opinions on various important subjects inspite of facing  intimidation and criticism from different people belonging to dominant sectors of Indian  society. 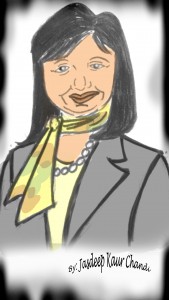 Mazumdar-Shaw is featured as 92nd most powerful women of 2014 in Forbes. She is the chairman and managing director of the biotechnological company Biocon Ltd. She is also the receiver of Othmer Gold Medal for her contribution in the field of science and chemistry. She is a self-learned entrepreneur who with her belief in ‘affordable innovation’ helped Biocon to evolve from an enzyme-manufacturing company to a biopharmaceutical firm. She also opened corporate social responsibility wing ‘The Biocon Foundation’ and has supported the development of ‘Arogya Raksha Yojana’. Her support towards the sectors of health, education and improved infrastructure add up to other compassionate activities for the betterment of society. She is also the current chairperson of IIM- Bengaluru. Her personality is no doubt influential because this lady owns a major company of India worth billions which started in an empty garage with mere Rs. 10,000. 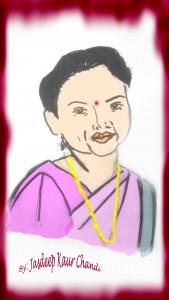 The number of female scientists in India used to be very less compared to the males. This is  again another sector where ‘man power’ was dominant. But with changing times, India is also  taking steps forward in utilizing the female intelligence in the field of research and  technology.  One such lady who has certainly made her name famous in scientific world is Dr.  Tessy  Thomas. Thomas is the first Indian woman who headed a missile project. She is the  Project  Director of Agni-IV missile in Defence Research and Development Organization. She  has also  received Lal Bahadur Shastri National Award for her contribution in the field of  missile  technology. Thomas is famously known as ‘Missile Woman’ or ‘Agniputri (Daughter of  Fire)’ in  India. 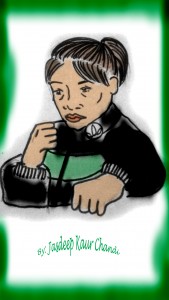 Kom is professionally an Indian Boxer who has gained recognition and fame after winning numerous awards in various boxing championships. She is also the recipient of Padma Bhushan, Padma Shree and Arjuna Awards. She is the first to win a gold medal in boxing in Asian Games in 2014. Kom is a successful sports personality as well as a reliable mother of three. She has built an image of ‘magnificence’ for her marvelous performance in the ring of boxing as well as in the arena of life. She is also a supporter of animal rights and has also talked about that how being a mother has helped her to relate with the animals whose children are taken away from them to perform in circuses. This sports personality is indeed ‘magnificent’ and ‘influential’ because of ‘simplicity’ in her success. A bollywood movie has also been made on her life in which Priyanka Chopra portrayed as Mary Kom and it won a National Award.