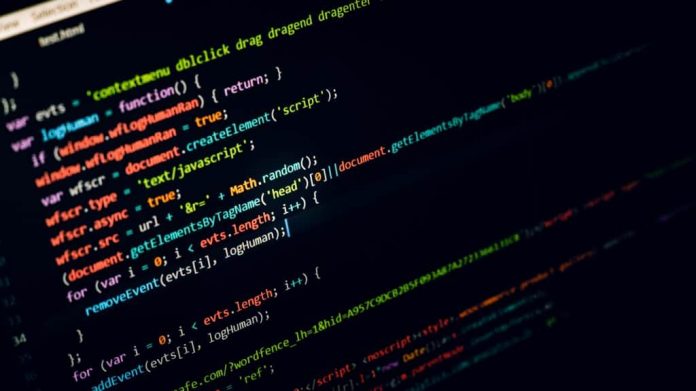 Every process that is carried out to complete a task is a combined effort of the team developers who imagine it, code it, and then make it work bit by bit.

The task involves writing the code, executing it, and then providing a unique function to the software. To perform these actions, a particular kind of language is used by the developer which instructs the machine.

For programming, language is the most important thing, and even if you ask this question to any language developer, he/she will answer the same thing. There are various languages in programming that are used for different purposes, but there are some languages that are widely applicable for a variety of tasks out there.

And Python certification is one of them which is not just simple but versatile also. It is a high-level performing general-purpose language which is object-oriented. It has a wide range of applications like Web development (Django and Bottle), app development, scientific and mathematical computing (Orange, SymPy, NumPy) and desktop graphical user Interfaces (Pygame, Panda3D).

From the past few years, Python has acquired the top spot among several other programming languages like C, C++, and Java and is the most preferred language used by the programmers.

The language was introduced a long time back and ever since the release it has been undergoing developmental changes.

Its first-ever version had a module system infused with Modula-3 which interacted with Amoeba Operating System with varied functioning tools. The second version, Python 2.0, was introduced in the year 2000, which had advanced features like garbage collector and Unicode Support. Currently, the latest version available is 3.7.4.

Various software development companies prefer the language because of its versatility and lesser programming codes. If we talk in terms of percentage then, 14% of the programmers use it on their operating systems like UNIX, Linux, Windows and Mac OS. The language has characteristic features like-

Advantages or Benefits of Python

It provides large standard libraries that include the areas like be it, sting operations, Internet, web service tools, operating system interfaces or protocols it provides an extensive support library for all. Along with this, the most used tasks have already been embedded in their system.

Python incorporates the Enterprise Application Integration, which makes it easy to develop Web services by invoking COM or COBRA components. It has tremendous controlling capabilities in the form of Jython. It also processes various markup languages like XML as it can run through the same byte code on all modern operating systems.

As the language supports an extensive library and clean object-oriented design, this further increases its productivity two to ten folds while using languages like Java, VB, and Perl, C, C++, and C #.

The language’s strong integration featured unit testing framework and enhanced control capabilities are all responsible for its increased speed and productivity. If you want to build a scalable multi-protocol network of applications, then Python is also good for you.

The presence of third-party modules in The Python Package Index (PyPI) makes it capable of interacting with various other languages.

Python language is free to distribute and use even for commercial purposes as it has been developed under an OSI-approved open source license.

Along with this it functions through a community that collaborates, hosts conferences and mailing lists, and provides numerous modules.

The language is made up of an easy structure or syntax, which makes it easy for beginners. The PEP 8 provides a set of rules to facilitate the formatting of code.

Fast runtime data structures can be constructed using Python, which has built-in list and dictionary data structures. Along with this, the language also gives you speedy and high-level data typing which decreases the code length.

Python gives you the advantage of connecting with other languages where you can script your codes in C++ or C. The feature comes handy in certain projects.

Python also provides a base for platforms like Raspberry Pi, which further connects the language to the real world. A classic way for the Internet of things!

It takes a lot of effort and time to learn other languages like Java, but when it comes to Python, the language is comparatively easy to learn and write.

The language is as easy to read as English. Along with this is doesn’t require curly braces to define blocks, no mandatory indentation which further eases the readability.

Both Procedural and object-oriented programming is supported by the language. Where the functions help you with code reusability, classes, and objects help you model the real world.

Python supports the Write Once Run Anywhere (WORA) feature where you only have to code once and then you can run it anywhere.

Python provides a free platform to all, which means even the small and medium level enterprises, can have full access to it. The platform is also great to be used by startups.

The top-notch companies of the IT world like Google, Spotify, Instagram, and Dropbox, also prefer python development over other languages. Apart from these some of the non-IT giants like NASA, Electronic Arts, and Disney have also shifted to Python.

With advantages like speed, shorter codes, and simple language structure, the language is widely trending among the world of programming. The companies prefer Python over Java and C++ when it comes to object-oriented programming.

When the developers are working together around the code, it is very important that the language should be understood by everyone. From the developer to the tester, the language is for all of them. It can be easily comprehended and analyzed by the lot.

The programming language is such that it would not only make good software but will also ease the process of working. And this is the only reason Python is accepted and appreciated by all around the globe.

Now after hearing all these plus points, you might want to learn this language. So don’t go away too far for learning Python as there is one stop destination that solves all your problems which is ‘Knowledgehut Python Certification’.

‘Knowledgehut’ is one of the best service providers when it comes to Python certification and learning. It engages you in real time discussions with industry experts, provides you with the most advanced knowledge and skills, helps you by assigning practical case studies, exercises and coding practices. Not only this, here you also get expert mentorship and code reviews by professional developers.