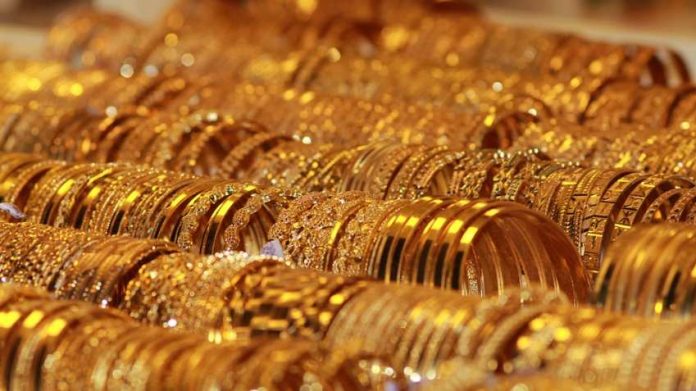 Of all the metals in the world, have you ever wondered why gold is the preferred metal to make jewelry, since the bygone era? There are many reasons for the preference of this yellow metal ranging from social to economic. Let us find out some of the reasons for it being a popular metal to make Indian jewelry.

India has a diverse culture with many people belonging to different religions living together peacefully. The country has a rich culture and tradition that is manifested by its numerous festivals. One of the most important and integral aspects of festivals celebrated by all religions is Gold. Across the religions, it is thought of as an asset. There are many festivals like Diwali and Akshaya Tritiya where this precious metal is brought as it is considered auspicious.

Another classic example of the people’s religious belief overtaking even the riding rates of gold is the donation of gold ornaments to temples. Tirupathi temple in Andhra Pradesh gets donations of tonnes of gold even now when the gold rates are high.

Gifting gold is a tradition that is followed from olden times. Be it on the occasion of marriage, birth, festive occasions or even death gifting gold is an important part of the ceremony. It is believed that gifting gold is considered auspicious and is thought to bring luck to the recipient. A bride’s parents adorn her with all types of jewelry ranging from a simple gold ring design to the latest fancy designs. It is given with the intention of it being a source of income when the bride is in financial trouble.

Wearing gold is considered as a status symbol in India. It has been so from the time of the kings and queens to date. People unabashedly flaunt their jewelry, it can be gold earrings designs in 2 grams, their necklaces or bangles. The more you wear the wealthy you are considered. In a country that has more than a billion people, gold is used to shine in the crowd. Moreover, it is not restricted to one section of the society, people from all walks of life, be it a common man, officials, or politicians show off their designer jewelry. Especially in villages, wearing more gold indicates more power and also shows people that, they are wealthy and have money to purchase gold despite the gold rates.

Gold is considered as an investment that has traditionally given good returns. The demand for gold in India is such that it is considered an even better investment than stocks, shares, debentures or even fixed deposits or real estate. Moreover, unlike other investments, one can invest in small amounts. Hence it is the most preferred choice in rural India. Many in India pledge gold when they are in need of money and get gold loans.

Does not become Obsolete

Another reason for gold being a preferred metal is, it can be melted and redesigned easily. It is a metal that does not lose its purity as it ages and hence can be passed on to generations and yet be valuable. If the design of the jewelry is obsolete there are many jewelers who specialize in re-melting and redesigning the gold into fashionable products. A family handloom is also a great way to insulate yourself from the increasing gold rates in India.

People in India love gold jewelry because of its glitz and also because it is a rare metal. Unlike other metals, it does not lose its shine or value as it ages. This makes it not only a great investment option but also a choice of the fashionable.

From Aviator to Navigator: Know Different Styles of Sunglasses