“So which cities will be taking part in IPL 9 season ?” is the million dollar question that every IPL fan is facing. Though every IPL season is being colored black and involving into dirty issues like Match fixing and politics still it is such event which entertains every individual. In India where Cricket is a religion it is not at all a shocker to say that we forgive all there mistakes and enjoy the game. But seems like the things done by the Management and Teams of Rajasthan Royals (RR) and Chennai Super Kings (CSK) are not fugitive. As we know that CSK and RR franchise and teams were banned for two years it is still a question mark about the two new teams that are going to take part on behalf of these cities.

Kanpur is most likely to be in the league

Kanpur being the largest city in Uttar Pradesh state holds the economical head crown of the state too. This city is likely to be part of IPL 9 and it is like almost finalized. Kanpur is well known for its leather exports but surprisingly a leading mobile operator is interested to bid for this city. However, the franchise ownership is not yet confirmed and sources are mentioning that the bid will go according to the terms and conditions of IPL and will be a two year bid unlike the ten year bid. Uttar pradesh has given many good cricketers like Raina. So as per the IPL terms “5 local cricketers have to be part in the IPL team” then it would be quiet a good chance for the budding cricketers to showcase their talents and improve their skills.

Visakhapatnam, Indore and Ranchi in race 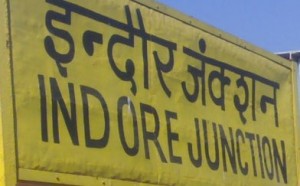 Provided two new cities will take part in the league there is room for only one city as Kanpur is almost finalized now. But sources haven’t confirmed anything and also giving a heads up for the surprises in the way. For the second berth in the IPL 2016 season, three cities from three states are in race Viz., Visakhapatnam from Andhra pradesh, Indore from Madhya Pradesh and Ranchi from Jharkhand. IPL matches have been conducted in all these cities and have received some tremendous response from the spectators. The heads of BCCI are much keen towards Ranchi as being a home town for Dhoni. But Andhra Pradesh has got potentially high number of spectators and being a newly formed state is very eager to take part in this as Hyderabad Franchise is now of Telangana State. There weren’t much speculations regarding Indore but one can’t just trade off the chances for the same. So in this rat race we have to see which city is going to occupy the berth in IPL.

How about players now ?

The auction of players is not going to happen this year and only internal swaps will be allowed limiting the budget allotted. So it seems like the decision was already made to share the players accordingly to the new cities which are going to be a part in the league. 5 players to each franchise is what they have decided. But however the ban of this two teams will be a great set back to the local players who are already playing to the teams. But at the same time an opportunity to scout the new blood. However the franchises can be back after 2 years and could take part in the league. Then a new bidding will be called.

No doubt that IPL has been a golden goose for all the franchise, big companies like Vodafone, Godgrej, Hero and GVK are keen to own a franchise. This two new cities are surely gonna fill the pockets of BCCI. But what we are interested at this particular time is “what are those new cities ?”. 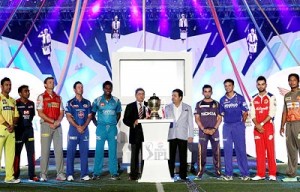