Twitter – a revolution in the social networking history. This limited characters service website has taken upon the heads of many celebrities and political leaders who thought that the twitter is the right way to stay in touch with their fans and people or followers. However this big giant has started it well but couldn’t transform according to the changes the social media has taken up and as a result this giant is facing many problems and now looking towards going into other hands who would solve its problem. Yes you understood it right, twitter is on sale. How bad it would be if twitter tweets the sale tweet in its own website? Twitter is officially going to call for bids this month and close the deal by this year end. There are lot of speculations going around the internet that giant companies like Google, apple, facebook, Disney are interested in the bidding but the truth is far beyond these speculations as salesforce has now came into picture. Being quoted as the most successful and valued company to removing the employees and closing the offices in some locations Twitter saga is an interesting blended story which can be a good prototype for the budding companies showing what would be the lack in transformation according to market would cost. So here is an exclusive story about the twitter acquisition.

Twitter was founded in 2006 by Jack Dorsey, Evan Williams, Noah Glass and Biz stone. Biz stone and Evan Williams are ex-googlers and wanted to start something on their own and joined with the other two folks. They first designed a podcast application called Odeo which gives the podcast streaming. The application is shelved even before hitting the grounds as Apple has announced itunes software and podcast in 2005 where odeo is still in testing phase. These four people understood they need to start different but again from the beginning and then is when Twitter came in to existence and turned out to be the most successful startup in 2000’s. The company has went for IPO in 2013 and it was valued at 18 billion dollars where each share price is decided as 18 dollars. There were times that the share price hit a maximum life time price of 69 dollars too. The same company is seeing a lot of downgrade in the share value as low as 14 dollars and also very slow pace in new signup. The company has more than 3500 employees worldwide but it has terminated more than 1200 employees in the past 6 months and closed its offshore centers in the countries like India. These scenario mainly happened as twitter failed in picking up the changes and also the differences in the board members. 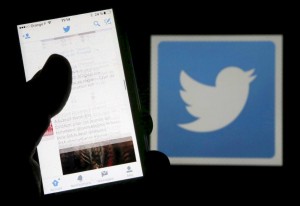 There were many good offers from Google, facebook, Microsoft and Yahoo for buying the twitter in past. On its very inception google offered 80 million dollars to buy the firm and twitter said a big No. Later Zuckerberg added couple of hundred millions and offered some stocks on facebook too, twitter said big NO. The same “No” have been repeated to all the best prices twitter has got. They have a point at that time because the board members saw twitter as the most potential business and they were succeeded in that when they took it to public but that is when the downfall started. Trade analysts also states that twitter acquiring more companies is also one such reasons for the downfall of the company. Well, on the reality side today, all the big giants who already has offered offers to twitter is not participating in the bids to buy the twitter. So twitter is now in quest of that potential buyer who could help it and pull out of problems. 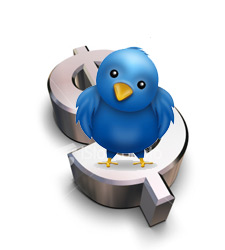 Disney out Salesforce in!!

There were a lot of speculations on the internet that Disney is interested to but twitter and many trade analysts marked it as a good move as this could help create a more social media engagement as Disney is also concentrating more on web based broadcasting. The rumors has got more fire when Disney started consulting its firm to evaluate the company for the best price possible so that they can bid for the same. The speculations has come to an end when Disney declared today that it isn’t going to buy Twitter as it is overpriced. Well, this showed an immediate impact and the share value of twitter has dropped by 20%. So now the twitter is left with only one potential buyer Salesforce which deals with the CRM operations of the companies. However salesforce hasn’t officially said that it would be buying the twitter but it has clearly mentioned that the acquisitions they did is very less till date and they are looking at something big. In a recent board meeting at salesforce Mr. Marc Benioff has discussed his willingness to buy the twitter and he feels the both could be a good combination. “The customer can give a review or lodge a complaint about a restaurant or a product through twitter page”, he meant approach like this could help the CRM to go deep into the people. However, Benioff has already lost once in the race of buying the linkedin, so one has to see how far this deal could go.

Twitter is undoubtedly a good potential social media. Many celebrities and famous people address their followers from here. It is said that most of the Americans still look at the twitter feeds to get the latest news and during this presidential elections twitter is playing an important role. So there wouldn’t be any sunset for the same or neither a complete makeover. The terms and policies might be reviewed and it could team up with various new applications for better user interface. However a great blessing would be a new board members who might take the transformations seriously.
So what do you feel on twitter acquisition? Do comment below and tweet if possible (wink)

Learn About A Country Before You Invest In It

Top 5 Best Ideas For A Youtube Channel To Get Started

How Do Personal Injury Lawyers Determine Your Settlement