The awareness for a less polluted world is growing around the world. The “smart cities” are the common words which are buzzing in the media these days. It is estimated that 69% of world’s pollution is being emitted by the automobiles and so called sophisticated industries in the cities. So the top most cities in the respected countries has started to take measures in reducing their part in the pollution. They started taking “smart” steps by all means which not only reduced the greenhouse gases but also contributed some good deeds by standing as an inspiration for other cities and creating some new inventions which would reach every corner of world. The Internet of things (IoT) has made things much simple. The cities are connecting all the pollution emission sources with technology and closely tracking the pollution impact of them. Forbes and IoT institute has come up with list of the cities which are turning to be smarter in all terms and means right from reducing the pollution to the better human life with technology. The following cities not only give us a road map for a better tomorrow but also a right of life where every creatures in this world is eligible for.

Barcelona always stands out of the box right from being one of the most planned city in the world to being the first city in the world to implement the solar thermal ordinance. This city has started taking steps to a smarter city a decade ago with its must amend solar thermal ordinance. The ordinance encourages and indeed insists citizens to utilize the solar energy as much as possible for all electricity needs to the most. The city has also made the European standards 6 a must across all the vehicles and started to impose heavy fines if someone is not compliance. The city has recently implemented EV charge stations to encourage the citizens use e-cars and bikes. The city is building a living lab for the smart-city innovations. 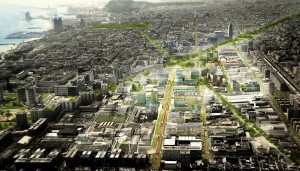 The heart of Silicon Valley, it must be an amusement if this didn’t made into the list. This city has a well-established public transport network which is one of the best in the world. Though the tram transport system is aging the city transport department has made numerous buses available for the commuters. These buses are of hybrid type and run with biodiesel. This city has the most number of LEED certified buildings in the world which are meant to use low energy. The smart parking initiative where the driver gets the information on parking availability introduced recently in the major parking stations is also saving gallons of oil. The city is now facing a lot of traffic in the Mountain Area and San Jose where the startup boom is picking up but eventually the city is handling it smartly with a well-established signals and road network.

The one of the wealthiest city in the world is so aggressive in implementing the plans to cut down carbon emissions with sustainable use of natural resources. Oslo is one of the few cities which has implemented the Traffic Congestion reduction program where the vehicles number plate will be communicating with the centralized system which suggests the commutator to reduce or increase speed. This technique would help in eradicating the traffic congestion. However, the city administration is in a thought process to completely ban the private vehicles on week days by the end of this decade. Its smart street light technology is helping to save 2/3rd of energy which was earlier utilized by the street lights. Oslo also has a comprehensive electric vehicle charging grid. This is really commendable. This Nordic city is going to distribute health chips to all its residents which will help to monitor their health. 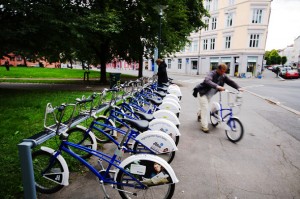 The oldest city has one of the world’s best bus system. The city administration is planning to invest 4 Billion pounds on roads in the coming few years to improve the sustainability as they say “London is not designed to run cars like other cities in Europe”. Though London is pacing up very slow in the usage of renewable energy its other alternatives like reducing the CO emissions with Emission loss technology in every car should be applauded. The city soon homes a Research college for Smart cities in Imperial college. London is the first among the biggest cities to implement the smart parking ticketing system. London hosts the biggest free Wifi network in the Europe. The city which was also the one among using Nano recycling in the garbage management is looking forward to take its name to be the first ever city with Zero or minimal Non-recyclable garbage. 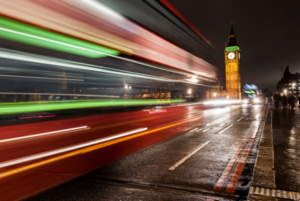 The top rated smart city in North America also stands top in the Clinton’s 40 (C40) countries for smart living and low carbon economy. Toronto is collaborating closely with the private sector in the country to develop new initiatives for better living one such innovation inventions is Smart commute technology which helps for better traffic and regulations. Toronto is encouraging the usage of natural gas for automobiles than the traditional fuel types. The city homes big parks which has sensors for big trees which will be monitoring the health of the tree. The city is closely working to generate the power from the garbage and trying to make it most sustainable power source. 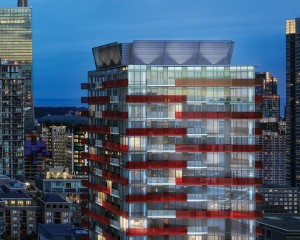 The only city in the Asian countries to make into top 10 of the best smart cities. Singapore is one such country who tries to make some difference with its acts from inception. The city transportation system is best in the world and very few has an own vehicle in Singapore as the taxes to hold a car will cost them a lot. Singapore has installed numerous number of sensors across the borders of city to monitor the cleanliness to traffic. There are many sensors which would detect if someone is smoking at unauthorized places and if somebody is throwing the garbage from high rise buildings. Singapore has a long lasting  history to use the information technology to regulate the traffic congestion. The city ranks top in using the clean energy. The city is now rolling out a 10Gbps fibre broadband to every home. The city has already made the smart buildings initiative a strict and must to all buildings in the city. 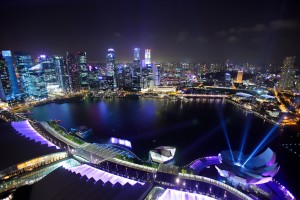 The top most in the list for three times a row, “Best living city in the world”. The digital governance and smart initiative index of the city is too high. The Smart energy Vision -2050 and Roadmap-2020 are few such initiatives the country is working with mere dedication to achieve the possibilities. The city administration is not permitting any buildings without the Green energy build tag. The roads are all connected thru sensors to check and control the traffic depending on the demand. The city architectures are re-planning some parts of city under the land usage policy. The city has reduced the Co emissions to half by making the Euro 6 regulations a strict. Vienna is also the first city to light more than 1/3rd of the city’s homes with solar energy. Vienna not only sets a true inspiration for the European countries but also to the world. 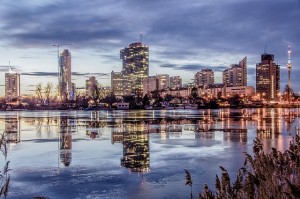 The technology is taking new bounds so it would be a big mistake if the citizen don’t use that smart. Let us wish to see a smarter world for the better tomorrow. So what are the smarter initiatives taken by your city administration in your city? Comment below.