Journeys and expeditions have always been crucial for knowing unknown lands and discovering new species and culture. Here are six of the voyages that played a huge role in changing world history both in terms of their importance and also in terms of setting an example of courage and determination.

1) Discovery of a Wrong land! 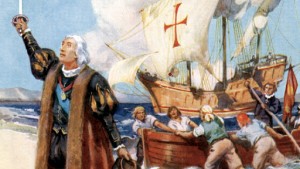 The arrival of Christopher Columbus was a topnotch event as it triggered the Spanish colonization of the newly discovered land of America. His discovery of the land followed with more explorers arriving to the shores and thus, changing the course of American history forever.

The thing to laugh out about is the fact that Columbus reached America by mistake. He had set out in search of a new trade route to India with the financial backing that was provided by Queen Isabella of Spain. He reached on 14th October, 1492 at Bahamas. He mistakenly believed that he had reached the shores of India. And the real fact is that Columbus never stepped or kept a foot upon the landmass of America.

2) Around the world in some days! 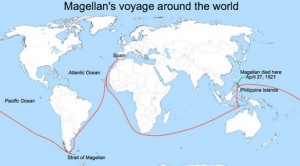 Ferdinand Magellan’s expedition was the first one to sail around the world. Magellan was the one to set sail in August 1519, with a fleet of around five ships. The aim of the fleet was to reach India by sailing westward.  In the year 1520, Magellan discovered the narrow sea that connected the Atlantic and the Pacific oceans at the tip of South America. He was quite impressed with the calm and sereneness of the ocean and named it Pacific Ocean. In 1521, they reached Philippines and it was on April 27th that his crew was attacked by the tribesmen on the island of Mactan. Unfortunately, Magellan was killed in the ensuing attack.

The remaining crew then continued their journey to fame by becoming the first to circumnavigate the world when they reached the Spanish shore on September, 1522. 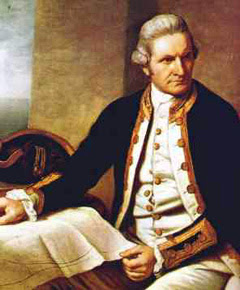 The British explorer, James Cook made three voyages to the Pacific Ocean and was the first to discover the Australian coastline. He was also the first to circle New Zealand. In the year 1768, he set sail from England for the Pacific. On 29th April, Cook reached the shores of mainland Australia. He named the area as Botany Bay. On 22nd August, he landed on Possession Island which he claimed as being under British territory. He then reached ‘New Holland’ which in present times is called ‘Australia’. Cook was killed in a fight with the Hawaiians in 1779 during his third voyage to the Pacific.

But it was only due to him that so much was known about Australia and the nearby islands. A great exploration indeed!

READ MORE  5 things one can learn from Mahendra Singh Dhoni

4) The Voyage to find ‘Origin of species’ 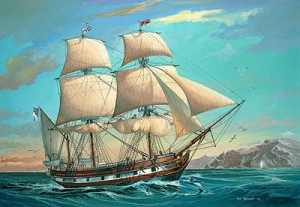 It was during a five year voyage around the world, Darwin observed many forms of life. It was only during this time that Charles Darwin observed different species of finches on the islands of Galapagos and gave the idea of natural selection. In 1859, Darwin published the book ‘On the Origin of Species’. It was a path breaking work in the scientific world and laid the foundation upon the theory that a constant struggle is present in nature for survival. Only the fittest of each species would survive.

5) Finding Santa in the North Pole 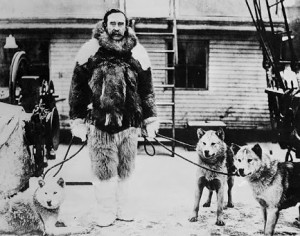 The arctic was explored as early as 1553, but it was only three and a half centuries later that the efforts ended when Robert Peary, planted the flag at the North Pole on 6th April, 1909. Use of Eskimo survival techniques, fur dresses, support teams, supply caches and other such efforts put together were the main reasons behind the success of his expeditions. It was his discovery of the North Pole that led to the expeditions for other unknown land masses.

6) Going down, down and down…towards South Pole 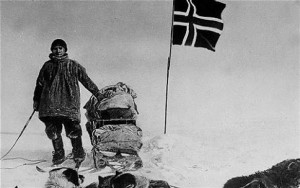 In 1910, Roald Amundsen had set sail towards the North Pole and hardly had the poor man started, that Robert Peary’s success came to his ears. He then set sail towards south and in October, 1911 set off for the South Pole from his base set in Antarctica.  Finally after a very hard and hazardous journey, it was on 14th December that he reached the estimated position. Amundsen was the first one to reach both North and South poles and is specially remembered for his courage and determination in completing the Antarctic exploration.