Speeches by famous people surely help in inspiring millions of people. Even a few lines help in creating an affect that lasts for years. These are 5 of the most inspirational speeches made by American Presidents.

“Observe good faith and justice towards all nations; cultivate peace and harmony with all. A passionate attachment of one nation for another produces a variety of evils.” 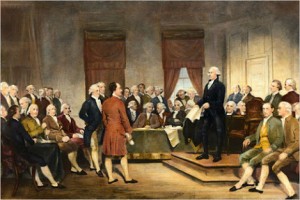 George Washington was the first President of United States of America and was the Commander-in-Chief of the Continental Army during the American revolutionary war. In March 1797, he stepped down from the Presidency but used his final departure to give a final statement which was through his Farewell address. The uniqueness of this lies in the fact that it was actually a letter that was written by him to the ‘People of the US’. He talked about a vision of great and powerful America and preservation of liberty, better infrastructure, and commerce and to promote the spirit of nationalism. A speech that truly set the pace for America for more than a century and a half!

“Four score and seven years ago our fathers brought forth on this continent a new nation, conceived in liberty….that government of the people, by the people, and for the people shall not perish from the Earth” 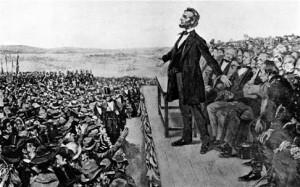 The sixteenth President of United States and one who single-handedly stood for the unity of the states and abolished slavery, Abraham Lincoln gave a brilliant speech on November 19th, 1863 dedicated to the Soldier’s National cemetery that were killed at the Battle of Gettysburg during the American Civil war. He talked about the principles of equality and freedom of struggle. In a span of 2 minutes and in around 272 words, he explained the true meaning of Civil war to the public and along with it gave the definition of democracy when he called it the form of government which was ‘of the people, for the people and by the people’.

“The world must be made safe for democracy. Its peace must be planted upon the tested foundations of political liberty. We have no selfish ends to serve. It is a fearful thing to lead this great peaceful people into war.” 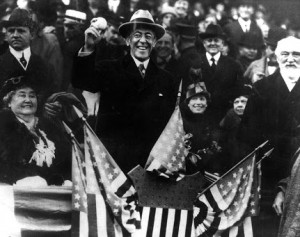 Woodrow Wilson, the 28th President of United States was someone who tried to maintain peaceful relations with the foreign countries and that is why, when World War I, broke out, he chose to keep USA out of it. At 8.30 in the evening of 2nd April, 1917, he appeared before the joint session of Congress and declared war against Germany whose continuous submarine warfare created a state of war and which eventually led to the onset of American intervention.  His speech notably was to the people of America to notify them as to why the war was necessary and that it was to make the world ‘safe for democracy’.

READ MORE  10 Corny Pickup Lines to Win You over Someone

“So first of all let me assert my firm belief that the only thing we have to fear is fear itself-nameless, unreasoning, unjustified terror, which paralyzes needed efforts to convert retreat into advance.” 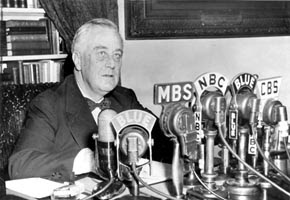 Franklin D. Roosevelt was the thirty-second President of the United States and the only one who was re-elected four times. He was one of the most influential Presidents and he was the one who helped the American people to regain faith in themselves. After the Japanese assault upon the Pearl Harbor which was the US Naval base, on December 8th, 1941 i.e. one day after the attack, President Roosevelt made this speech asking for declaration of war against Japan and that America would be on the side of the Allies. A speech that changed the destiny of World War II! 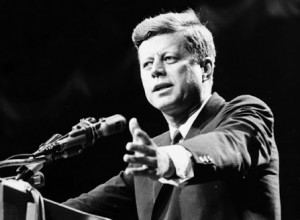 READ MORE  Top Courses After 12th, To Pursue for the Students

The 35th President of the United States, John F. Kennedy was the youngest man who was elected to the office. His inaugural address ‘What you can do for your country’ offered lines which were to set out to redeem and get America moving again and wished the country to be the first nation to uplift the human rights. It was a truly inspiring speech which set the tone for the country and its people to develop themselves and to move forward to a better future.