Let’s look at these new youtubers who are stealing hearts of thousands and rapidly getting famous each day… with their stunning and splendid melodies!

Vidya Iyer, better known by her stage name Vidya Vox, is an Indian-born American youtuber, singer and auto tuner.
She was born in Chennai and raised in Virginia.

Her recent fame and escalation into the eyes of the people happened when she brought the stunning chartbuster and mash-up of two legendary songs–
“Closer” by the Chainsmokers and “Kabira” from Ye Jawani Hai Deewani
This song also featured singer-songwriter Casey Breves.
The video gained over 2 million views in a day and over 13 million as of now.

And if we’re ever talking about blends then quoting Times of India—
“Blend it like Vidya!”  (The Times of India, 3 February 2016″) 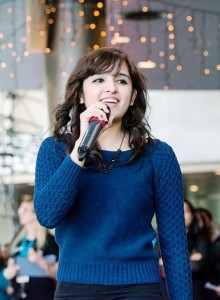 Shirley Setia is an Indo-Kiwi singer and performer from Auckland, New Zealand.

This young and fabulous youtuber has constantly won the hearts of people with her voice and versions of super hit songs.

Whilst rising to fame she has done many collaborations with other famous voices…Those including the Indian boy band sensation — Sanam (Also, a YouTube star) and also with Kurt Hugo Schneider.

Her talent was well rewarded when won:
1). BIG Digital Sensation
2). Outlook Social Media Awards–OSM Musician of the year (in the year 2016)

The arrangements are performed with him and some amazing musicians – Prasad Rahane (Sitar)…Samay Lalwani (Tabla)…Sri Sandeep Mishra (Sarangi)…Prathamesh Salunke (Flute)…Vivaan Kapoor (Percussions) and many more.

The first video was a cover of the Game of Thrones theme song which got an overwhelming response.

From then to their recent pinnacle of glory— the amazing Coldplay tribute mesmerized the hearts of thousands.

If you’re someone who loves instrumental music (particularly those in the background of famous shows and movies)…added to classical Indian music…Then my dear friend, The Indian Jam project is by far the best and right thing for you.

There are so many more youtubers out there!!
Let us know who your favorite is.
Did we miss someone?
Leave those names and some love in the comments below!