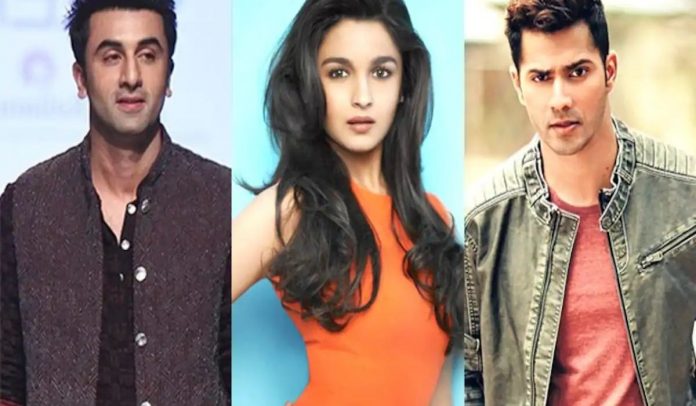 When it comes to star kids people come with different options and points of view. Most people say that their filmy backgrounds keep them away from struggles and their sliver spoon that they are born with make things easier for them in the industry. But the question is not about their grand launch in films, but it arrises on their survival in this industry.   Because at the end of the day they take is on the audience to like or dislike the actor, and they will either left swipe them or right swipe them depending on their talent to act which is irrespective of their respective backgrounds.

So here are top 10 star kids in Bollywood who are hugely loved by the audience and ruling the industry not being a star kid but as a talented and hard-working actor.

Diva of Bollywood Kareena Kapoor is one of the most strongest and talented actors the industry could ever ask for. Coming from the Kapoor family where acting flows in the blood she proved her worth in all her performances. She is a trendsetter of zero figure and one of the highest-paid actors in the industry.  Randhir Kapoor and Babita’s daughter or Karishma Kapoor’s sister was never her identity in the industry, from the very beginning she was the Kareena Kapoor of Bollywood. Her versatility impressed many,  starting from comedy to romance she had a lucid shift from one genre to the other. Kareena Kapoor bagged several awards in her long career with her excellence, as remaining just a star kid was never an option for her. Kareena Kapoor is probably the brightest star kid in the galaxy we all look up to.

Ladies man Ranbir Kapoor is undoubtedly a national crush. With his chocolate boy image, he has been ruling the industry for years. Like his cousin Kareena Kapoor, he also had the baggage of being a star kid, but this son of Kapoor family put down all the Babbage and set his journey in this industry. Being the only son of Rishi Kapoor and Nitu Singh audience had a lot of expectations from Ranbir Kapoor and he surely could live up to them with his consecutive matchless performances. In spite of having a trembling start with his debut Saawariya, today he is one of the finest and highest-paid actors in Bollywood. He gifted the audience films like a wake-up sid,  yeh jawani hai dewani, Barfi, Tamasha, Ajab prem ki Ghazab Kahani, and many more to count. With his tremendous performances, he grabbed several awards which include five Filmfare awards too.

Talented actor Pankaj Kapoor and Neelima  Azeem’s son Shahid Kapoor never took advantage of being a star kid and curved his position in the industry simply by his talent and hard work.  Shahid is blessed with the perfect combination of good looks, acting skills, and dance moves. His films like jab we met, Haider, Udta Punjab or Kabir Singh is so different from each other that every time we watch these films they make us feel that we are watching a different version of Shahid Kapoor.  This heartthrob of the nation is an epitome of versatility who managed to give numerous hits and secure several awards for himself.

Receiving and handling stardom at a very young age is what Alia Bhatt managed to carry gracefully. Mahesh Bhatt and Soni Razdan’s s younger daughter Alia Bhatt picked many criticisms in her initial years with the launch of her first film Student of the year and the audience didn’t preserve too many expectations from her at the beginning of her career. But the table Turner Alia Bhatt started to impress us with her second film Highway and her evolution as an actor made the soil beneath her feet firmer in Bollywood. After that, her jaw-dropping performances in films like Udta Punjab,  Raazi, Kapoor, and sons, Dear Zindagi or Gully boy not only impressed the mass but also compelled the audience to admit the fact that she is one of the most talented and promising actors of the recent times.

Shakti Kapoor’s daughter Shraddha Kapoor got into limelight with her striking performance in Aashiqui 2, and her sizzling on-screen chemistry with Aditya Roy Kapoor was loved by all. Be it her acting skills, dancing skills, or singing skills she proved herself in every aspect.  In her films like Aashiqui 2, Haider, ABCD2, or Chhichhore she tried to portray a different shade of her character each time. After bagging several awards for acting she also managed to grab the best celebrity singer award in 2015 for the film Ek villain.

Famous filmmaker David Dhawan’s son Varun Dhawan entered the industry with a bang. His 2012 debut student of the year got him all the possible attention. After that, his films like Badlapur, ABCD2, Humpty Sharma ki Dhulhania, judwaa2, or October got him all the love and support from the audience.  Be it her comic timing or romance skills he did it all flawlessly. Besides his acting skills, he showed her tough dance moves which are no less than a professional.  Varun bagged multiple awards for his films and shining brighter as always.

One of the dashing and attractive actors in Bollywood, Hrithik Roshan’s debut in Kaho Na Pyaar hai was grand which increased the expectations of the audience. Filmmaker Rakesh Roshan’s son Hrithik Roshan is also considered to be an iconic dancer who is an inspiration to many. His films like Koi Mil Gaya or Krish was a great success at the box office, Roshan got six Filmfare awards and still, he is placed to be an A-lister actor in the industry.

Renowned producer Boney Kapoor’s son Arjun Kapoor started his career with his 2012 film Ishaqzaade and got nominated for the Best Male debut. He grabbed several awards for his first film and gained all the fame. After that, his films like 2 states, Gunday, and half girlfriend got all the love and appreciation from the mass.

Fashionista Sonam Kapoor did her debut with her film Saawariya, though that film could not be much successful at the box office she managed to seek some attention with her performance.  After that, her films like Raamjhana, Khoobsurat,  Delhi-6  turned out to be successful and she grabbed several awards for the same. But her film Neerja lifted up her graph. She bagged more than 6 awards for Neerja along with a National film Awards. Apart from that Anil Kapoor’s daughter is also a brand ambassador for several products and also walked at the Cannes film festival.

Actor Shatrughan Sinha’s daughter Sonakshi Sinha bagged an award in her very first film Dabangg where she was paired with Salman khan. Sonakshi Sinha’s bold Indian looks set her apart from the rest. Her films Rowdy Rathore, Dabangg2, Lootera, Holiday got several nominations and she was awarded many of her films.