Rivalries have been spinning in sports since its inception and have been a part of sports folklore. Being a sports fan, these rivalries have been very intense for me, leading to bets, arguments and fights among my friends. To top it all, whenever my favorite team plays against its rival, the nail biting procedure starts. Here is a list of top ten sports rivalries: 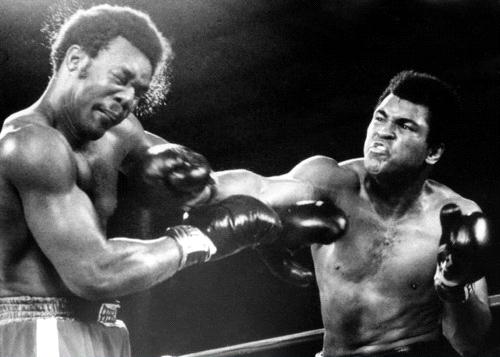 The rivalry between Ali and Frazer has been etched into the sports folklore, from the “Fight Of Century” to the “Thrilla In Manila.” The two were exact opposites, but when they entered the ring, magic was created. They faced each other three times (1971,1974,1975). In the last fight, Frazer had been badly hurt by the onslaught of Ali, leading to Frazer’s team’s refusal for continuing the fight. Their entire rivalry can be summed up by the hatred, they had for each other. 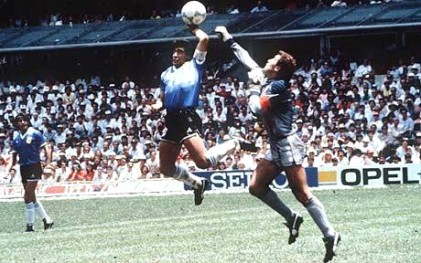 Former Argentina captain, Roberto Perfumo once said, “In 1986, winning that game against England  was enough. Winning the World Cup was secondary for us. Beating England was our real aim.” The Falklands War, which occurred four years before the 1986 World Cup intensified Argentine hostility towards England. According to the Argentines, Diego Maradona’s ‘Hand Of Goal’ was similar to the Falklands War, as it was unjust, cruel, and it hurt the English. The rivalry between these two countries goes back to Argentina’s colonial past. 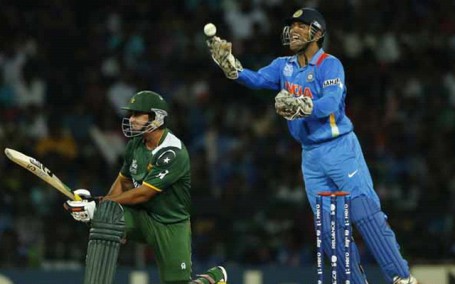 The rivalry between the Indian team and Pakistan Team has always carried an extra edge, due to the added diplomatic and political tensions between the two countries. These tensions have been a part of British colonialism legacy.In May, 1999, a war was breaking out between Pakistan and India in Kargil (Kashmir), on the Indo-Pakistan border. Meanwhile, 11 men from Pakistan and India took on the field in Old Trafford (Manchester, England), to square of in the Cricket World Cup. Security was beefed up in Manchester, and thousands of Indian and Pakistani fans witnessed the match, which was won by India. Indian bowler Harbhajan Singh once said, “ A defeat against Pakistan means media would roast us and fans would pelt stones at our house.”

READ MORE  How is the new Mauka Mauka Ad ? 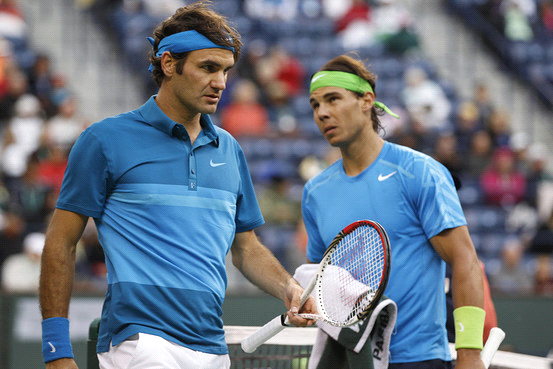 Nadal and Federer are the only pair to have finished in six consecutive calendar years as the top two ranked players on the ATP Tour, from 2005-2010. Against Nadal, Federer has a winning record in grass court, while Nadal has a better record against Federer in clay and hard court. Their 2008 Wimbledon final is considered as one of the best matches in tennis history, which Nadal won 6-4, 6-4, 6-7, 6-7, 9-7. 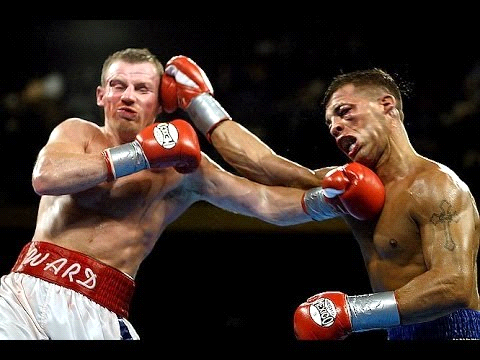 They shared three fights among themselves, with the first one considered as one of the best fights in boxing history. Ward won the first match after a ninth-round knockdown.After the fight, both fighters suffered heavy damage and received trauma care. Their first and third fight were named the “Ring” magazine fights of the year, in 2002 and 2003. 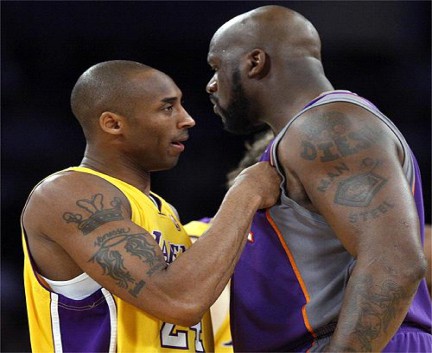 This rivalry goes back to the days, when they both were teammates in the Lakers. While Shaquille was the marquee, Kobe was an upcoming player. The pair battled for the alpha position within the team, which led to Shaquille’s trade to the Heat. Shaquille went on to win a title for Miami, meanwhile even writing a rap song against Kobe. But, Kobe had the last laugh, as he went on to win two more titles.

READ MORE  5 Reasons Why We Are Sick of Sports Commentators 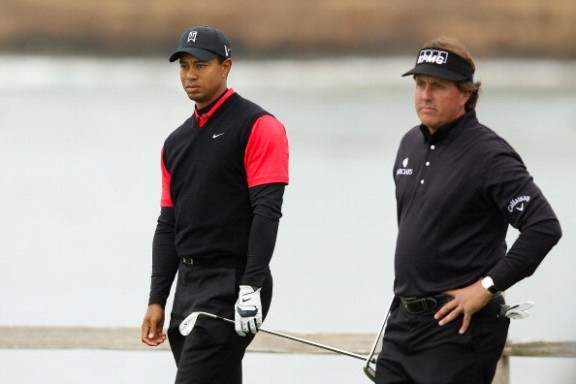 Tiger Woods and Phil Mickelson have been rivals throughout their careers. Mickelson is seen as more of a people’s player. while Tiger Woods has been shifting in and out of the graceful  galleries. Now, they are in their latter stages, in which Mickelson is two majors away from Palmer. 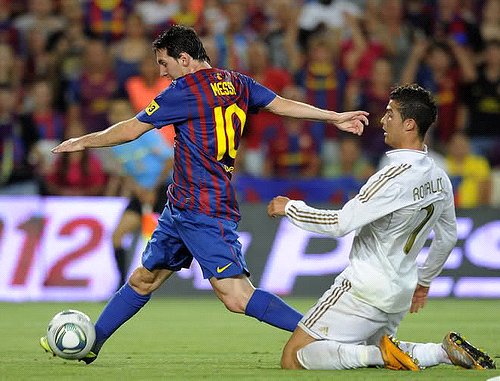 El Clásico is the name given to any football match between Barcelona and Real Madrid. They share a rivalry, which defines the gulf between what the clubs represent. Both might be determined to win titles, but when it comes to history, they have their huge differences. Presently, the rivalry has taken the form of Lionel Messi vs. Cristiano Ronaldo (The two best players of the current football generation). For both of these players, hattricks, personal awards, records have become a yearly ritual. The rivalry was intensified from the reign of General Franco. He used Real Madrid as a weapon to break down Catalonia, by defeating Barcelona. His government influenced Madrid’s acquisition of Stefano, who was supposed to move to Barcelona. Currently, Catalonia has been given some sort of autonomy, but is governed by Spain, and Barcelona are getting closer to Madrid’s haul of record La Liga trophies. 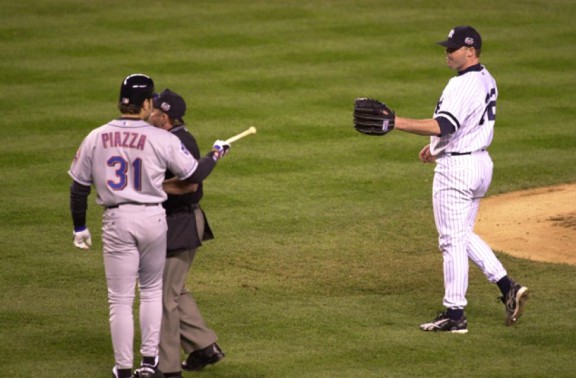 This rivalry took of, when the pair played in New York. Clemens played for the Yankees while Piazza played for the Mets. Once, Clemens beaned Piazza in the head during a game, in 2002. In the 2000 Subway Series, Piazza broke a bat on a Clemens pitch, and a piece of the bat was sent to the mound. Clemens then proceeded to throw the bat at Piazza’s direction. 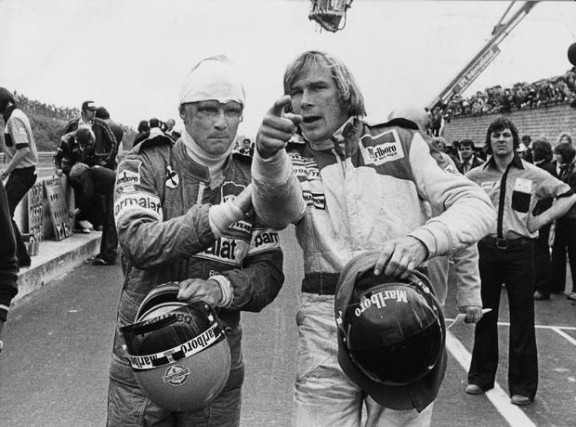 In ‘76 season, the championship rivalry was between Niki Lauda and James Hund. By the sixth race, Lauda had built an unassailable lead over Hunt. But, then Lauda had a freak accident Nürburgring circuit. But he returned back to the F1 fold, after being out for two races, and extended his lead over Hunt. Hunt then battled back to ensure a title decider in the rain lashed Fuji speedway.After lap two, Lauda felt the race as dangerous, so he parked his car. Hunt was in the fifth position, but he had to come at least third, to win the championship. In the last two laps, Hunt covered up till the third position, won the championship with 69 points, meanwhile Lauda had 68 points.