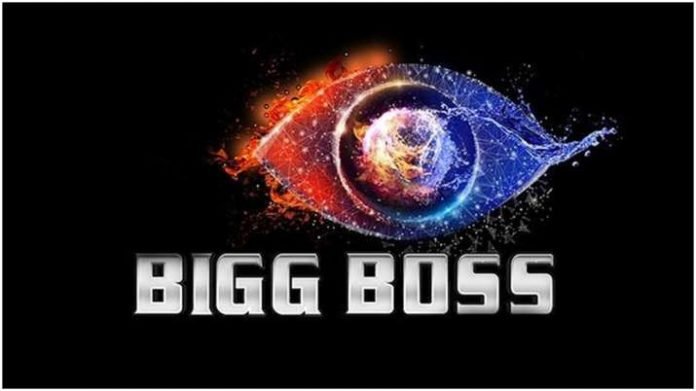 Television shows are our daily life entertainment, our emotions are tangled with the storyline of the daily soaps. On the other hand, the reality of the television reality shows inspire us, motivate us, and compel us to look up to the real non-fictional personalities of reality shows.

Here are the top 10 Indian television reality shows that have been entertaining you through out the years.

Endemol Shine India produces a reality show with a unique concept on colors TV Network. 13 people are locked in a luxurious house for months. People coming from different backgrounds and different personalities struggle to survive and adjust to the bigg boss house. Be it a celebrity or a commoner the struggle of existence is same for the both. At the end of the day, the audience takes the call to choose their favourite contestants depending on how real the contestants are and push them in the running to win the competition. The Bigg boss is the collage of entire India.

The flavours from different parts of the country irrespective of caste, creed, and religion unite in the bigg boss house and survive by portraying the reality of their personalities. This concept was so much appreciated that biggboss is shown in seven different languages which include Hindi, Bangla, Kannada, Tamil, Telegu, Marathi, and Malayalam. The reality show which started in 2006 is still running successfully for 14 years and selling their concept like a boss. Apart from the unique concept the voice of bigg boss always steal the spotlight.

Though the concept of this stunt show is not the brainchild of India an adaptation of the American Fear Factor still India managed to give the concept its own flavour.  In India sony Tv first telecasted Fear Factor India which later was relaunched on colors TV with the title of Fear Factor: Khatron Ke Khiladi. The concept of the show was completely different,  celebrities from different backgrounds gather together to perform stunts under expert supervision.

Every year they choose a particular location from all over the world to perform their stunts. Be it cape town or Spain the stunts look deadly as always. The show has been running for 12 consecutive years which reflects the fact that how much this show is loved by the mass. The hosts of this show have been the x-factor. Be it Akshay Kumar, Priyanka Chopra, Rohit Shetty, or Arjun Kapoor everyone added some more spice to the fear.  With their support, the contestants win over their fear every year because beyond fear there is victory.

One of the leading reality shows in India which is running for the past 16 years is none other than  Roadies. Roadies reflect the youth of our Nation, their passion and dedication to change the world for the betterment. Roadies is telecasted on MTV and have been running successfully for 17 years without any hindrance. Every year a different destination is chosen for the group of contestants where they travel by road and perform different stunts and accept new challenges.

Roadies is not only about physical strength but also mental strength. This show challenges your aptitude, strength, and presence of mind.  The format and rules of the show have changed over the years but the spirit is still the same. Though the creator of the show Raghu Ram and Rajiv Lakshman has left the show the show caught its pace with the four gang leaders.  Once contestants Rannvijay Singh and Prince Narula who also happened to be the winner of the show are now two promising gang leaders of roadies along with Neha Dhupia, Raftaar, and Nikhil Chinapa who are ruling the show like leaders.

Mtv Splitsvilla is a dating reality show.  The concept is new to India but hugely loved and appreciated by all, 12 seasons went on air and got the highest TRP. Rannvijay Singh and Sunny Leone are the current hosts of this dating show. Men and women from different backgrounds come to find their love. Catch the match is the motto of the show. Picking the right partner and getting the ideal match is what the Splitsvillans need in order to survive in the show. In this game of love, victory will be on your way if your love is next to you.

MTV Hustle brings a completely new concept in the world of Indian realitly shows. It is a rap show where rappers from all over the country compete against each other. This is the first-ever rap based reality show which went on air in 2019. In the jury, we got to see famous rappers like Rafter, Nuclear, and Raja Kumari. Only one season of Hustle went on air and the audience is waiting for the upcoming seasons.

Food lovers and cooks from all over the country come up to Master chef India to showcase their cooking skills in front of celebrity chefs like Akshay Kumar, Kunal Kapoor, Vikas Khanna, Sanjeev Kapoor, and Ranveer Brar. Contestants face different cooking challenges to get closer to the Master chef India title.

And the one who overcomes all the hurdles and lives up to the expectations of the judges regarding the “Swad and surat” of the dish gets the title of Master chef. After 6 successful seasons and 1 junior Masterchef season audience is waiting for a next season to arrive in order to tune their taste.

The MTV show India’s next top model is inspired by American’s next top model. This reality show hunts the real model hidden inside a damsel. Several groomings under Lisa Haydon and Malaika Arora, ramp walks, and photo shoots are thrown upon the models to test their potential after crossing several such challenges.

The best one gets the title of the next top model India with the joined approval of the judges such as Malaika Arora, Milind soman, Lisa Haydon, and Dabboo Ratnani. After 5 successful seasons, all we can do is just wait for the sixth one.

The star plus dance reality show is the only Indian reality show where real-life couples pair up and perform together. Celebrity couples from the Television fraternity participate in this star plus reality show. Nach Baliye had been judged by several judges starting from Chetan Bhagat to Preity Zinta, Shilpa Shetty to Sonakshi Sinha.

This show is not only about pure dancing or techniques but also about the bonding and the companionship between the two. Because at the end of the day chemistry does all the talking. A real-life couple coming together and showing their chemistry as from of dance is something loved by all that is why after all 8 seasons star plus will launch the next one soon.

The colors TV reality show which is a franchise of British got talent is ruling our country for years. After 8 grand seasons, the audience asks for more. India’s got talent brings several talents from every corner of the country and gather them on the stage of the show. India’s got talent doesn’t restrict the contestants to any particular field. Any talent of an individual is equally accepted and appropriated in this show. In the judges’ panel, the constant judges for years have been Kiron Kher, Karan Johar, and Malaika Arora. They are the captains of the flight which flies higher with each passing season.

Indian Idol is one of the most prestigious Indian singing reality show. Big names like Monali Thakur, Arijit Singh, Neha Kakkar rose from Indian idol. Indian idol shows the raw singing talents of our country coming from different backgrounds. 11 successful seasons have been telecasted on Sony Tv hopefully the next season will arrive soon.