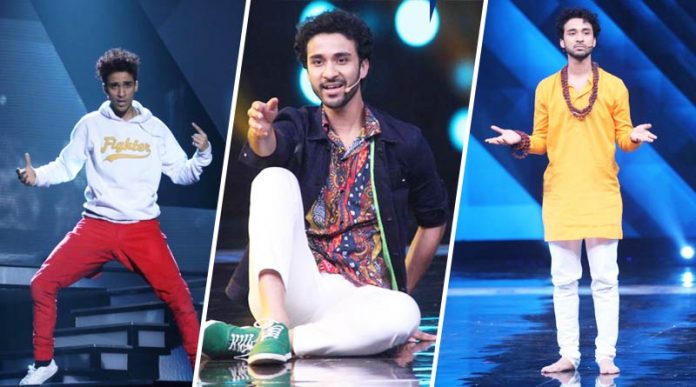 Reality shows can also get you fame. Here are top 10 celebrities who rose from reality shows

The most talented actor of the current generation Ayushman khurana was seen in the 2002 show popstar. Later in 2004 he bagged the roadies trophy and caught everyone’s notice. Just after roadies, this successful actor hosted a couple of reality shows like  India’s got talent and others. After that, he straight away jumped into the film industry and impressed us with his performance in Vicky donor. Then he never looked back,  bagging awards to receiving love- he has been a true gainer.  His recent films like Andhadhun, Article 15, Badhai ho, Subh Mangal, zyada, savdhan or Gulabo sitabo took him to the peak of success. All his fans are looking forward to seeing many more hit films in the coming years.

Youth icon Ranvijay Singh was the winner of  Roadies in 2003 and left a great impact behind. After that Ranvijay has been hosting,  judging, and mentoring the roadies over the past 16 years. His association with roadies became unbreakable. V.J Rannvijay also hosted reality shows like Splitsvilla and Troll police. He proved himself as an actor as well. His Bollywood debut Toss: A flip of Destiny reflects his potential as an actor. Rannvijay was also seen in films like London Dreams and Action replay.

Prince Narula is the king of the reality show who bagged the winner’s trophy for Mtv Roadies12 in 2015, in the same year he won MTV Splitsvilla 8, his winning game was not over yet,  in 2016 he won Big boss 9 and in 2019 he won Nach Baliye 9. All these wins brought him a huge success, currently he happens to be the gang leader on MTV Roadies,  he did few Music videos like Hello Hello, Burnout,Jai veeru.  He was also featured in songs like Kalesh of Milind Gaba and goldy golden. Prince also hosted few shows and did a few daily soaps. In 2019 he got a big break in Bombers a web series of ZEE5.

Raftaar caught our notice on Dance India dance doubles in 2011. Though this renowned rapper started his career with dancing later he stuck to rapping. He worked more than 20 films like bullet raja, heropanti, Baaghi, Kabil, and many more to count.  He hosted MTV show Hustle and currently he is one of the gang leaders on MTV Roadies.

After winning the dance reality show,  Dance India Dance season 2 she started her journey in Bollywood,  she appeared in several dance numbers of films like Tees Mar khan,  Rowdy Rathor and High school Musical 2 (Hindi version). Besides being a talented dancer she proved herself as an actor too. Her character in dil dosti dance was loved by all. The pair of kria and Rey still remains the all-time favourite for the youth.

Apart from being a dancer and actor, she proved herself as a great choreographer. Nainowale from Padmaavat and Nawabzaade song  Amma dekh was beautifully choreographed by her. She also judged 4 seasons of Dance plus. Currently, Sakti Mohan is one of the best choreographers in the industry.

At the age of 18, Jasleen Royal was seen in India’s got talent, though she could make it to a long way in this journey her unique voice impressed many. This music composer and singer entered the industry in 2014 with her first song from “khoobsurat” called Preet. After that, there was no looking back. Her songs like kho gaye hum kaha form bar bar dekho, Love you Zindagi from Dear Zindagi,  Din shagna da from Phillauri mesmerized the mass.

The comedy king of Bollywood Kapil Sharma gained fame after winning  The Great Indian Laughter Challenge in 2007. His hilarious jokes and comic timing brought him all the fame.  He launched his own show in 2013 on colors TV known as comedy Nights with a couple where he was the host and co-producer of the show. After that, he relaunched his show on Sony Tv as  The Kapil Sharma show in 2016.

He also worked in films like kis kis ko Pyaar karoon and Firangi.  Kapil has bagged 11 awards from 2011-2019 and proved himself to be the true entertainer.

Great Bollywood singer Neha Kakkar started her career in 2006 with Indian idol season 2 at a very young age though she was eliminated from the show still her hard work paid off. She got big breaks in the industry. Her party numbers make us groove.  Her songs like  Malani trance, ladki beautiful,  coca-cola Tu, Aank Marey set the dance floor on fire. Neha also judged music reality shows like Sa re ga ma pa L’il champs 2017 and Indian Idol season 10 and 11.

Singer and actor  Meiyang Chang was first seen in 2007 on Indian Idol. Though he could not win the show still managed to gain fame. In 2008 he hosted Indian Idol.  He acted in films like Badmash company,  Detective Bomkesh Bakshy,  sultan, and Bharat.

The king of slow Motion Raghav Juyal was first spotted on Dance India Dance season 3 in 2012 where he took the third position. Then he hosted and mentored in dance reality shows like Dance India Dance and Dance plus.
He acted in films like Sonali cable,  ABCD2, Nawabzaade, and street dancer.