The ultimate fashion diva of the Sonam Kapoor is aware of how to tap on to the brand that she has become. She is known for her lavish endorsements, fashion covers and her different venerable choices of the films, no wonder why “Neerja” actress is the youth icon.

Going in the following footsteps of the International celebrities Kylie Jenner and Kim Kardashian, Sonam Kapoor has launched her own app that will be giving access to have a direct communication of the dazzling starlets with her fans. And this new innovation also makes her being the first Indian celebrity, who launches her first App!

The “Neerja” star announced the same on her official page of the micro blogging social site and the news goes instant viral and started trending on the Twitter immediately. Though, she interacts with her fans on social media via Twitter and Facebook but indeed, when she will be interacting via her own App, it will be really unique for her fans.

See all my new and exclusive images ONLY on my app! Download it here https://t.co/WRIF4FVevN and join my tribe! pic.twitter.com/wEPpzfuZyE

We all know, the 31-years-old superstar is known for her Bindass and straightforward opinion about each and everything, which makes her popular among the mass and it is giving the impression of click to have immense followers. 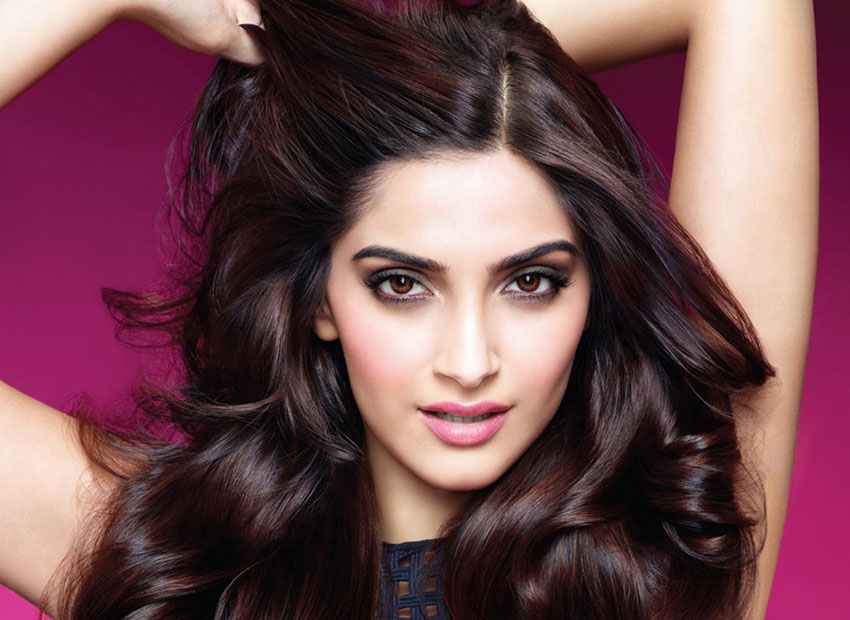 No wonder, she is currently having 8.91 million followers on twitter, 5.1 million on Instagram, and 14 million on Facebook and now she is doing something unique and pleasant in the tinsel town. 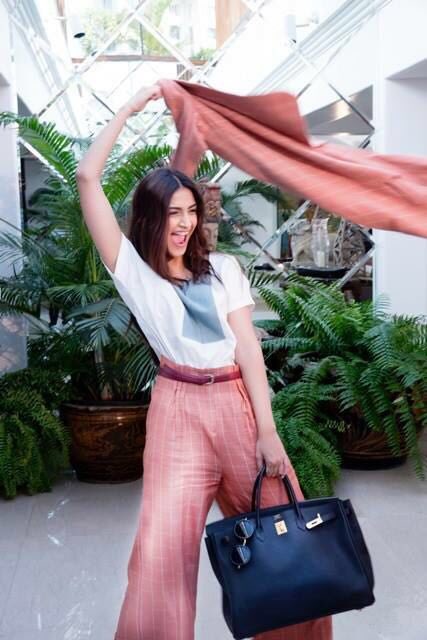 At the App launch in Mumbai Sonam Kapoor stated to media about the App launch that, “It will have original content. We are working on another platform called sister app where me, my sister and BFF’s talk anything and everything. It will be like a talk show but short 3 minute videos. From books to films, I will be talking about all that I am reading, watching”.

Sonam further said, “The LIVE feature in the App will feature me as raw as possible. Unadulterated and no filters there”.

Apart from LIVE feature, the app will be also having these following features:

#My Tribe: Sonam is love to address her fans as her tribe. The fans are now can look on Sonam and can follow her work closely but they have to belong to the community known as ‘My Tribe’ on the Sonam App. 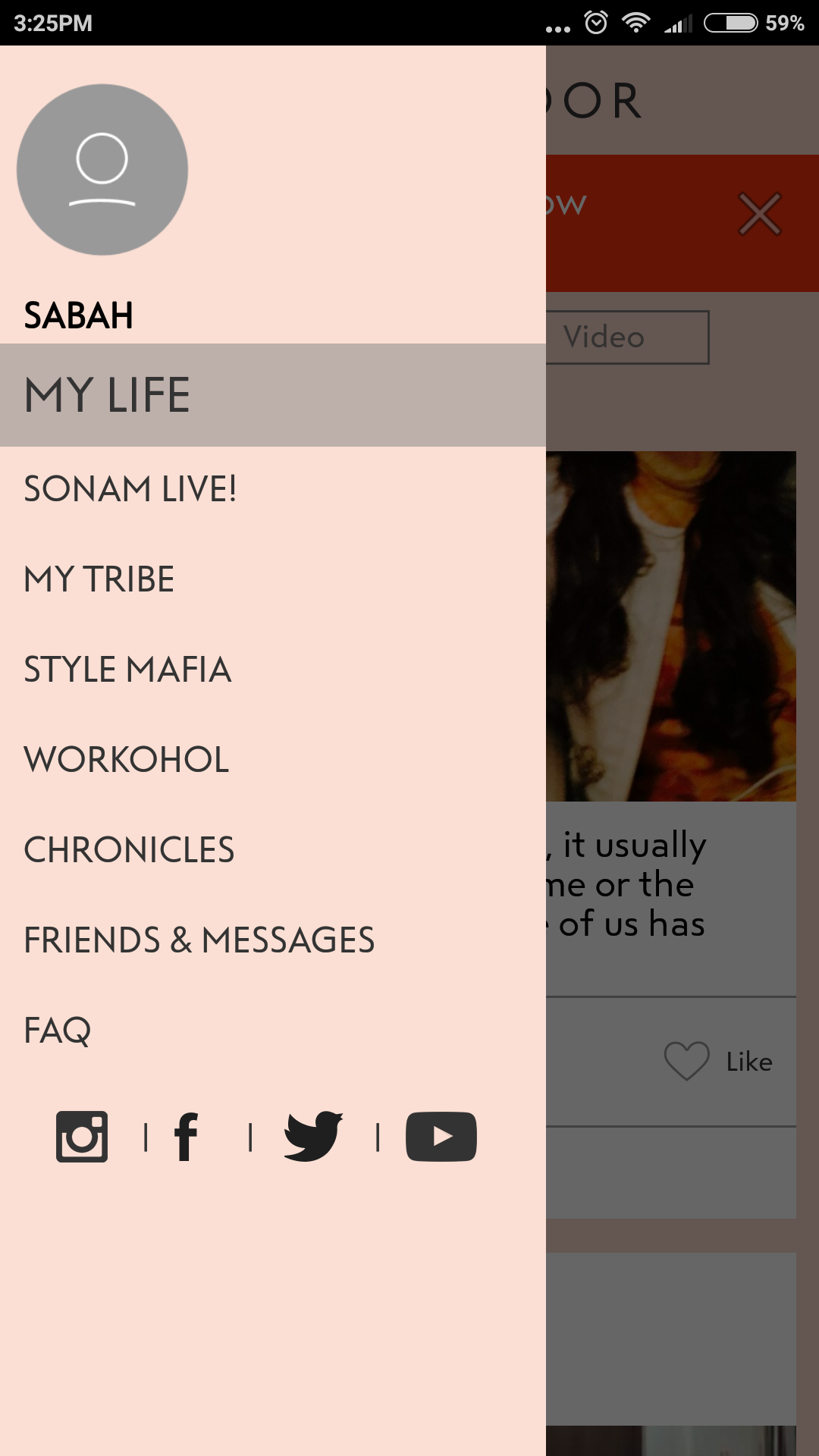 #Style Mafia: Sonam’s aficionado always keen to know what Sonam is wearing, how her make-up is and all that. There is a special kind of the feature in this App, they will be getting which is yet to showcase her all the stuffs, including make-up artist, fashion stylists, nutritionist etc. 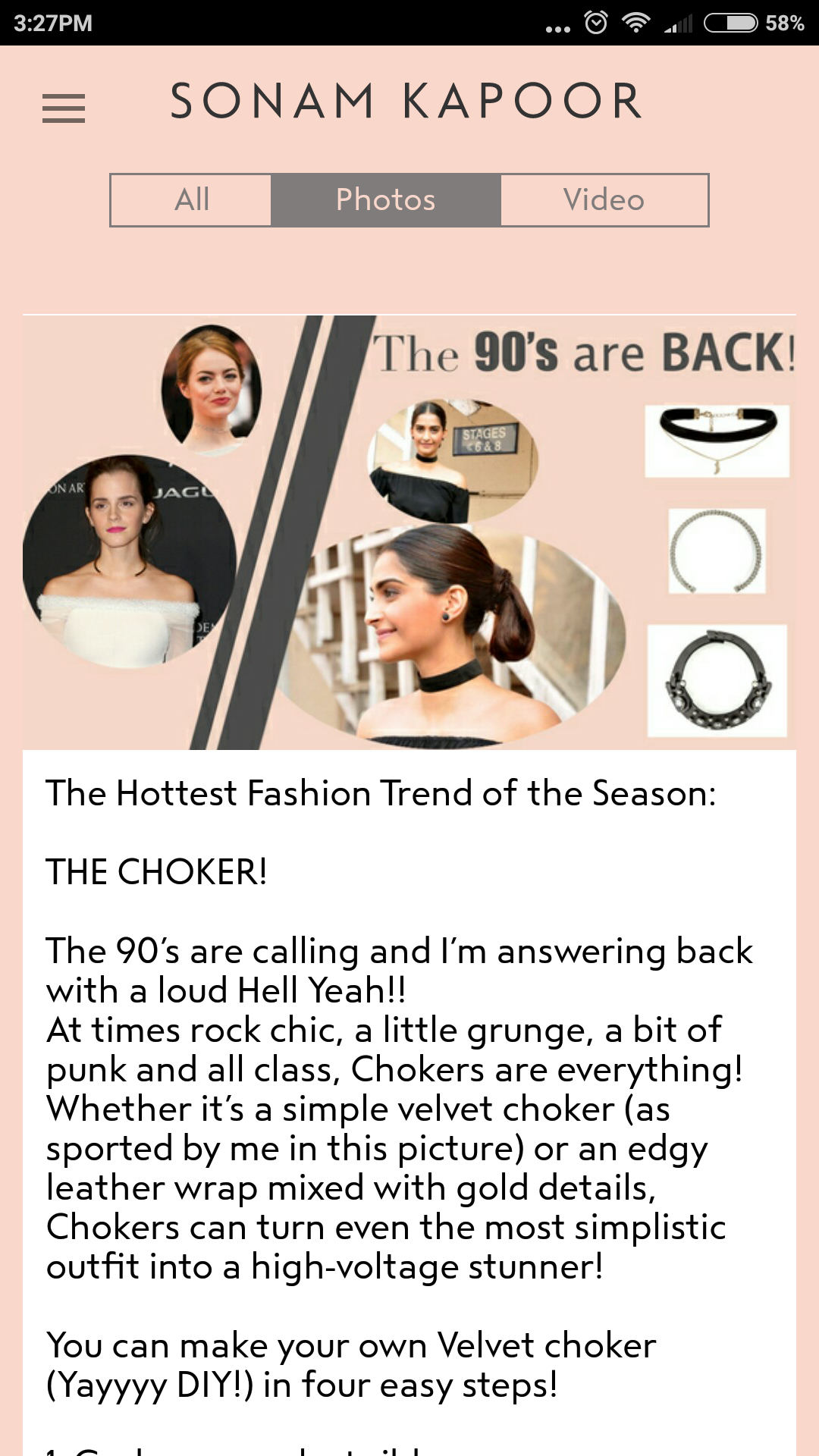 #Workohol: Vlogs is an exceptional feature which will be giving us a sneek peek into her life as a movie-star.

#My Life: This feature on the App will be talking about the loving stuffs about, Sonam and her sister, her friends, family and so on. Casual and relaxing things are expected to mention here and she will be talking anything and everything related to her and her family’s life. 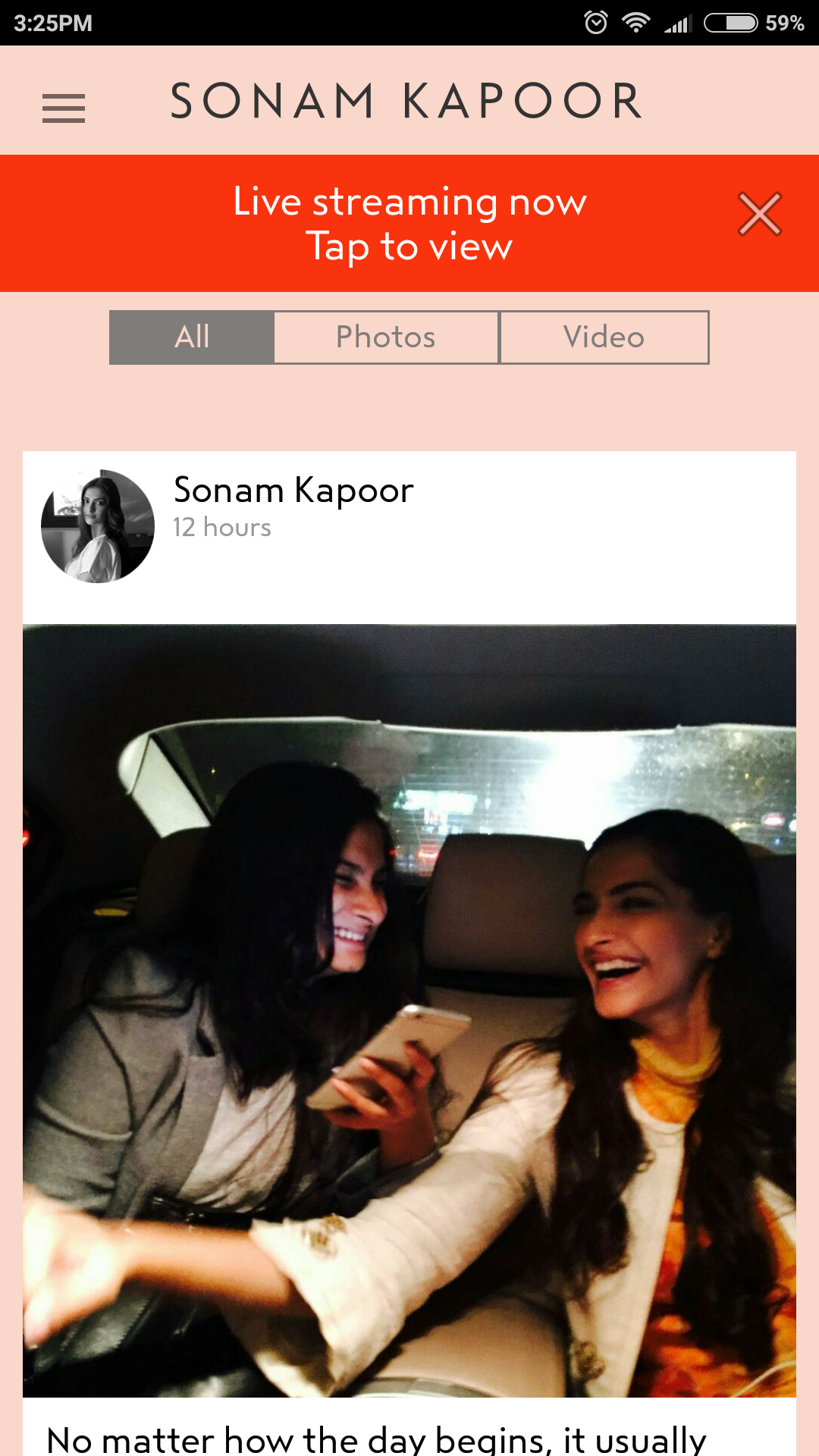 These days we saw Sonam posting on her social site, about her upcoming surprises and might in the App, she will be talking about it or announced the same.

Last but not the least, in the App, the cine-artist will be seen alongside, interacting with fans she will be also answering questions of her fans, as there will be a feature to have a live chat to her. From this weekend, we will be available to download the App. 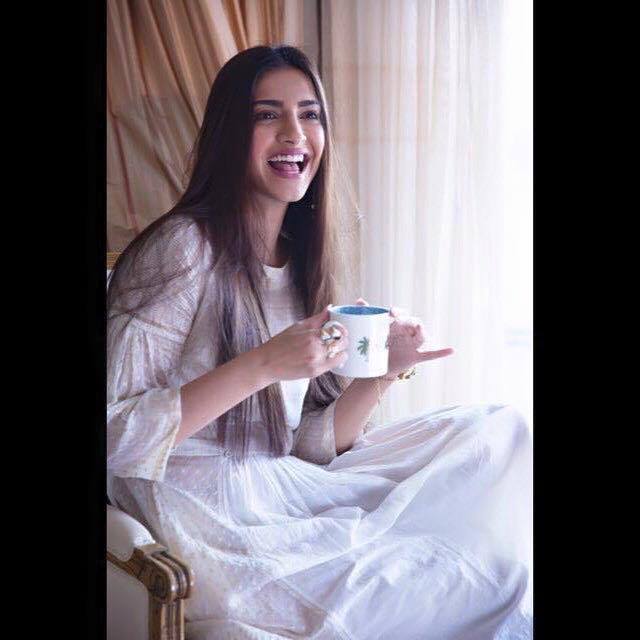 Being a fashionista Sonam Kapoor fan, it will be a fantastic idea to connect with her via this wonderful App!