Interested in e – commerce. Want to begin a start up. Here is story of e- commerce company amazon, which you must check out.

Before going into snippets let’s see how did e – commerce evolute.

E- Commerce , idea that made life ( shopping)  easy , the actual concept of e- commerce started around 1994 . Amazon sold it’s first book in 1995. Netscape was started in 1994. Over 20 years of journey, e- commerce has evolved from emerging new idea to a large industry employing millions of people and billions of loyal customers.

Hard to imagine a world without eCommerce, a world where consumers can buy anything, anywhere, anytime – wherever they are, and whatever they are doing. 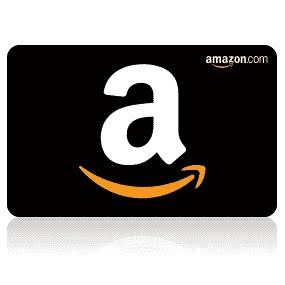 Amazon was started by the name Cadabra in 1994 by Jeff Bezos. It went online as amazon.com in 1995. What started out as an online bookstore today has turned out to become the largest online retailer . The company’s name Amazon has truly become as big as the amazon river from which it took inspiration.

Let me narrate you story, which happened during early rise of amazon , a man who wanted to give his son a PS3 as a surprise gift. After 4 days of not receiving it, he called the customer representative and explained to him the whole story. And the representative assured him of delivery the very next day. When the man asked how much should he pay, the representative replied, “Nothing”. And this man went on to write an article in the New York Times which was read by millions of potential customers. Amazon relies on the word of mouth and positive reviews that customers give. This helps millions of other people to make the right decision and at the end of the day be satisfied with their purchase.

READ MORE  5 Reasons To Do A Startup

Jeff Bezos’ masterstroke was in cutting down marketing expenses and invest it in keeping the customer happy. He cut down on advertising expenses and thus gave shipping free for the customers. Free shipping and the lowest prices made it a difficult option to ignore. Everyone was attracted to buy at Amazon. But the secret to the success of Amazon is how they maintained their relationship with the customer.

3. Survival of the fittest :

First amazon was started as a online book store but it didn’t remain selling books. Now it’s a “store of everything “. Amazon now offers everything from soup to nuts. The company now carries products in music, books, electronics, health and beauty, automotive, grocery, and clothing. Amazon is the leader in innovation and is the first in making things simpler and attractive for their customers. They provide an option for creating a wish list and also suggest products we would be interested in based on the products and services we have bought.

The day after flipkart raised 1 billion funding, amazon announced that it is planning to invest 2 billions in India. When one analyst asked about India, he said the company was “super excited” about opportunities in the region.

“When we see a positive surprise we double-down on it – that’s kind of our policy – and India is that kind of surprise,” Olsavsky, CEO, said

Right now, India has the third greatest number of internet users in the world, after China and the United States, and is similarly ranked in smartphone penetration . Amazon sees India has a much more accessible market than China.

The biggest and the only problem faced by ecommerce sites in India is measuring how long term the game would be. How large the market is, how fast it will grow. And how to remain profitable.

Low credit card penetration and low trust in online transactions have led to cash on delivery being the preferred payment option in India.