Samsung has been turning the heat on lately with with its premium range of flagship models in  Galaxy S8 and S8+. The flagships are elegantly designed but fail to reach a majority of the audience due to the hefty price tag attached to it which made the Korean tech giant losing the budget game to fight the likes of Moto G, Xiaomi Mi and Lenovo’s smartphones.
Thus knowing the importance of the sub-15k price category in the Indian market, Samsung had introduced an affordable smartphone under the new Galaxy J series with a price tag of Rs 11,999. The J5 does feature a rather decent set of specifications and a provides a decent, but not great, fight to the myriad of Chinese and domestic smartphones in the same segment.

The Galaxy J5 is akin to Samsung’s earlier flagship devices like the Galaxy S4, S3 and a number of Duos smartphones. The design isn’t quite appealing and seems to be a but monotonous alongside being a typical Samsung-ish design. It has a removable rear panel that covers the removable battery unit alongside housing the two SIM card slots and a microSD card slot. The build quality is decent with the glossy plastic touch of the previous Galaxy devices gone. The rear has a matte finish keeping it safe from the regular fingerprint smudges, additionally making it feel good in hands as well.

The edges have a chrome metal band running around, making it shine a lot but fails to add a premium feel. Something more subtle should have sufficed the overall looks. The band houses the volume rockers on the left in contrast to the power button on the right and accompanying them are microphone, USB charging port and the 3.5mm headphone jack at the bottom.

The compactness of the J5 coupled with just rightly placed buttons seem to provide the Galaxy J5 a better grip. The size of the J5 is just perfect for your  thumb to reach any part of the display, giving a comfy feeling even while using it with one hand.

The Samsung Galaxy J5’s closest rival is the 3 rd generation Moto G, which throttles the J5 with its exquisite design making it a definitely better-looking smartphone and to add to the list is the IPX7 rating that makes the device durable and conducive for rough-and-tough usage. This is the USP for the Moto G which is lacking on the Galaxy J5.

Considering the price tag, the phone does lose the competition with its HD display having a resolution of 1280x720p, which would have sufficed the market standard given we were in 2014. But today, full-HD is the norm and Samsung fails to put the bare minimum on the table. The Korean giants have equipped the Galaxy J5 with Super AMOLED display making sure the delivery of vivid and better colours in contrast to the phones available in this price segment

There are no major issues posed by the J5 in terms of  the viewing angles, all thanks to Samsung’s use of AMOLED panels which delivers an eye warming multimedia experience, a necessity for the users whose only hobby is watching movies and playing games on their phones. In terms of the display, the J5 surely has an upper hand in comparison with the Moto G3 which seems to be quite dull and kinda washed out making it quite tough with the viewing angles.. The sunlight legibility on the J5 seems quite decent given the adequate brightness capabilities of the display to make content easily visible even in direct sunlight.

The Galaxy J5 is powered by a  quad-core Snapdragon 410 chipset clocked at 1.2GHz coupled with 2GB RAM which squares it out with the Asus Zenfone Laser and the Moto G3.

The Koreans have provided a mere 8GB internal storage making it a bit limited. To compensate this, they have provided the provision of microSD card support of up to 128GB, further boosting the storage capacity that helps solves the memory issues upto some extent. In terms of connectivity, the Galaxy J5 offers a dual sim support and can support 4G LTE. Additionally it does have the regulars including the Bluetooth, WiFi and GPS making it available on the device. 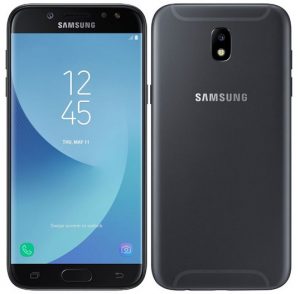 Samsung Galaxy J5 ran on the Samsung’s own TouchWiz UI based on Android 5.1.1 Lollipop but was updated to Marshmallow in 2016. The TouchWiz, unlike its previous versions dating before  Android 5.0 Lollipop, the one running the Galaxy J5 and some other recent launches of Samsung smartphones, it does feels a hell lot more polished and fluidic in terms of UI and performance making the usability more easy. Initial uses didn’t seem to showcase any major response issues with the interface. On the whole, it was quite satisfying with the way things seem to have improved with the software, with some normal but subtle changes in its performance making it more efficient and fun to use.

As usual a long press on the home button opens up the Google Now and a double press opens up the camera app instead of the almost useless Samsung’s S Voice, rarely used by anyone. Samsung also managed to add a ‘Smart Manager,’ that seems to be a basic tool to check the performance stats of the device that includes the likes of checking the battery status, storage space, memory used by the apps, etc. Additionally it also functions by allowing you to force close the apps in background, delete unused files and run antivirus checks.
Keeping in mind the hefty spendings on the creation of their own Android skin, the Chinese as well as domestic players are investing a lot, especially on customisation features, making it more fun by adding new and new features. Samsung, to stay in the game, also has made its theme engine quite a hell of a competitor. To sum up the talk, I found the software on the Galaxy J5 being quite snappy and giving a renewed and improved feeling, much improved to an extent that it doesn’t make the smartphone feel sluggish, at least with the initial usage.

Despite of having a f/1.9 camera onboard, that number isn’t the only thing that determines the image quality. It does a good job in providing the needed shallow depth of field to the images, but it isn’t the only factor that determines amount of light captured. In addition to that, one needs to understand the significance of aperture, shutter speed and ISO, which does a cumulative work in providing a perfect image.

Thus, even with an impressive number of f/1.9 on paper, the J5 suffers in the low light conditions with some extra noise and not very bright images. But the phone manages to capture some good images under well-lit conditions and even stands tall to compete the likes of Moto G4 Plus, in fact it even surpasses the  results given by the Moto G4 Plus sometimes.

The phone has a rather “under the norm” battery, putting in just a 2600 mAh powerhouse under the hood. Though Samsung, somehow has managed to get the best of this powerhouse , making the J5 lasting more longer than expected.

Even with heavy usage, the battery managed to power the phone with a decent 10 hour runtime, but this included heavy gaming, multi tasking, continuous usage of mobile data etc. Cutting the gaming and video streaming, the battery had more juice to offer the user.

The Korean giants have done a decent work in making the phone with a decent display, a good build quality, and more than expected battery life. Performance wise the TouchWiz UI has shown some required improvements making it comparatively more snappier than its prior versions.

The only reason you would wanna buy this phone is due the “Samsung” tag attached to it. There seems to be no other reason given the plethora of options available to look from. There are several other phones in the same price bracket that provide double of Samsung’s offerings, be it Xiaomi, Motorola, Lenovo etc. The phone lacks a fingerprint sensor and only has 1GB of RAM available for use after the bootup which narrows down to approx. 700Mb after few days of use. This makes the phone lag, which would be something normal for all the Samsung users, won’t it? The J5 is surely not worth your hard-earned money.