If ever asked a question ” Who is the richest Indian man ever lived ?”, the obvious answer would be Mukesh Ambani. This time you are wrong, It is the Last nizam of Hyderabad “Mir Osman Ali Khan”.

Mukesh Ambani’s wealth is not even close to this Wealthiest Indian and a documented proof revealed him as  the Sixth Richest man on the Planet with an incredible personal fortune of $236 billion. He had immense wealth where his collection of pearls of gems could fill up multiple Olympic-sized swimming pools.

He was the Last ruler of princely state “Hyderbad” and Asaf Jah VII. He was born to Mahbub Ali Khan, Asaf Jah VI on 6th April, 1986at Purana Haveli, Hyderabad. He accumulated whopping amounts of wealth during his reign from 1911-1948.

In 1937, Time Magazine branded him as a Richest man on the Earth and his image was used the cover photo. He uses Jacob Diamond as paper weight, the sixth largest diamond on the palnet.

READ MORE  Best Ways How to Inspire Your Child to Write 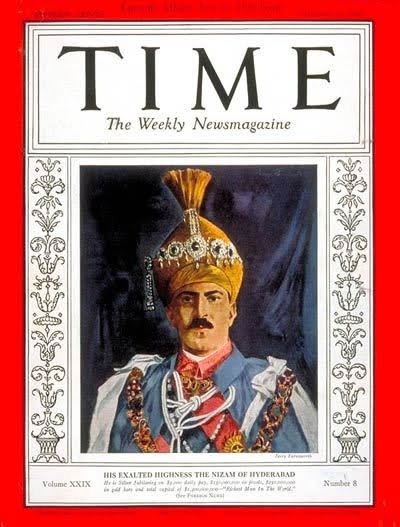