The word serial killer is enough to give you creepy spine chill-thrilling and it would be frightened to see the story of any ruthless serial killer on your big TV screen. But one of the creative movie directors makes it possible for you to watch the cruel serialized murderer. And Anurag Kashyap makes the real life serial killer come alive in his upcoming movie “Raman Raghav”.

Set in the contemporary time of Mumbai and inspired from the infamous serial killer from the 1960s Raman Raghav, the story follows the life of tarnished serial killer Ramanna, played by critically acclaimed actor Nawazuddin Siddiqui.

The fictionalized adaptation of this real-life killer is being touted as a comeback for movie for Kashyap, who losses his charm after his last released “Bombay Velvet” bomb at the box office. And now yesterday night theatrical trailer of the movie launched which had gone viral at the social site and the internet.

READ MORE  7 reasons why Bahubali is a must watch

You have definitely seen psychological thrillers based movies based on the life of serial killers. And “Raman Raghav” is just another addition to this genre…till you hear how Ramanna (Nawazuddin) will speak about his passion of killing innocent people.

Seems like this is another great performance delivered by Nawazuddin Siddiqui in the movie, is expected to redefine fear and make you scared of travelling in the dark. His casual behaviour disproves the cold psychopath residing inside his mind. The trailer is having glimpse of the twisted thoughts of the killer and his planning and plotting.

Since the talented “Kick” actor did the movie, he is indeed keep praising his director, who literally needs a big hit after “Bombay Velvet”, “Anurag Kashyap will definitely strike back with ‘Raman Raghav.’ I am very sure about it. I can confidently say this is one of his best works. He has worked extremely hard for this one”. The-42-movie-actor told. 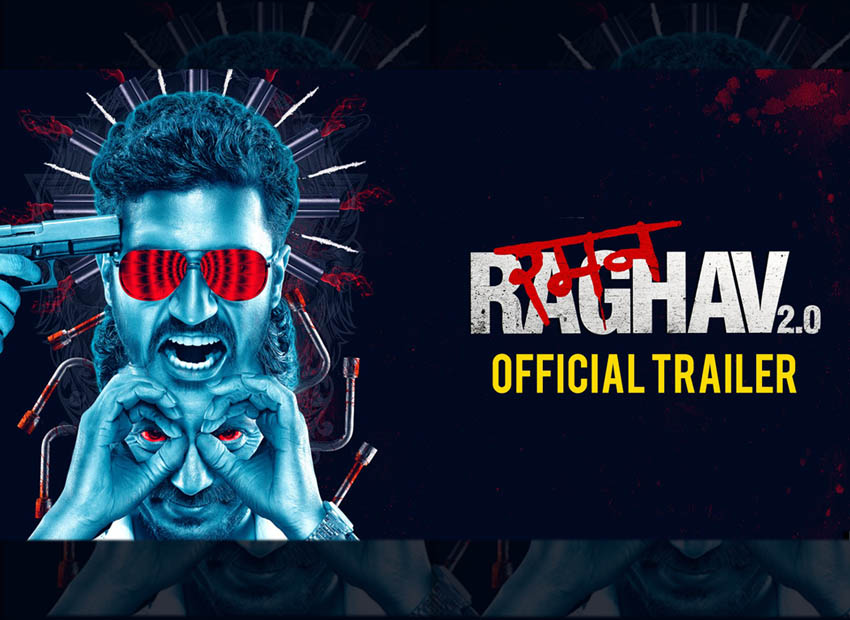 Working on the dark thriller is quite interesting and the leading man portrayed the role with full of intensity. At the trailer launch, he spoke to media and described what he went through to essay the role perfectly.

And he said, “For two days, I just went away without telling anyone and started fearing myself when I was preparing for this role. And then I returned, and, after I started shooting, I got hospitalized for a week for certain reasons. I was speaking the lines of a scene while unconscious, and my wife called him (Kashyap) and said, ‘What have you done to my husband? You have changed him”.

Coming to the melodrama of the movie, I can say, “No pain, no gain”. And while watching the promo, one can feel the pain of the victims as well the trauma of the  actor went through preparing for his role, and really manages to get in to the skin of the movie character. There is also a glimpse of another talented actor, Vicky Kaushal we catch.

His flawless depiction of a crazed cop is worth to watch and we can wait to watch the same as the movie is an extra-ordinary seems like. If you see these 2 actors you can feel their madness!