Harry Potter wasn’t just a novel. It is a major reason for making me the person I am today. For all those who feel like Harry Potter is so much more than a book welcome to the wprld of Harry Potter Fandom. Pottermania is an informal term first used around 1999 describing the craze around the Harry Potter series. Here are 5 things you probably didn’t know about the Potterheads around the world….

One doctor coined the term “Hogwarts headache” shortly after the release of Order of Phoenix the longest book in the series, at 766 pages in the UK edition, 870 pages in the US edition, and over 250,000 words.He described it as a mild headache followed by neck or wrist pains, caused by unhealthily long reading sessions of Harry Potter.   The “symptoms” resolve themselves within days of finishing the book. His prescription of taking reading breaks was rejected by two of the patients on which he discovered this headache. Way to go Potterheads …!

MuggleCast has held chapter-by-chapter discussions, character analyses and a discussion on a “theory of the week”.  Pottercast is  first Potter podcast to produce regular interviews with people directly involved with the books and films.The two sites are friendly rivals and have aired several combined episodes, which they call “The Leaky Mug”, a separate podcast released on a separate feed from time to time.The podcasts were nominated as PotterCast in the Best Entertainment category and MuggleCast in the People’s Choice category. Both podcasts won in these respective categories.

The Harry Potter fandom has also led to the development of at least one religion. The religion of ‘Snapeism’ was active from 2005-2011. The Snapists (popularly known as the Snapewives) worshiped the fictional character Severus Snape.The Snapists believe that Rowling has misinterpreted Snape and disrespected him as a character.

Lumos is an Harry Potter conference for adults which encompasses both the academic/professional and fandom realms of Harry Potter interest. The 2006 Lumos symposium included a Quidditch tournament played in water. Its motto is basically to “‘Lumos is an educational symposium for adults wishing to further their knowledge and appreciation of the Harry Potter novels …”

READ MORE  10 Indian movies every teenager can relate to 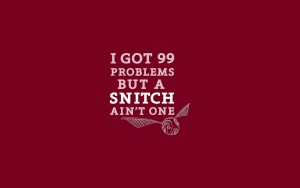 John Green , author of “The fault in out Stars”, has quoted “Maybe Harry Potter’s real, and you’re not.”

Jennifer Lawrence ,Katniss Everdeen from the Hunger Games trilogy and Mystique from X-Men, shares her experience of meeting Harry Potter.

In an interview she answered, “Harry Potter. I read those books when I was eleven. When I did not get my letter from Hogwarts, I was devastated.”

Despite her fame she too is unfortunately a muggle, like the rest of us.