Technology is making the world so small, thanks to internet and some tech giants like Google, Facebook and many more which are making the world much smaller than we actually think of. Google is the one which takes up the technology quick, if there aren’t any they will create one. Right from Google search to providing 1Gbps domestic internet speed everything is an epic. Facebook on the other hand is successful to create a digital country with more than a billion users and they are making the life more simplified with increased social contacts and ease of connecting with new people. Though these two tech giants have lot of similarities they are into a competition. So now you call it a healthy competition or whatever these two tech giants has now joined hands to lay a 12,800 kms long transpacific undersea route fiber cable. We are very sure that world benefitting by this act but what exactly are the benefits and why is this cable for?

The 12,800 long cable is named as “Pacific light cable” just like the name says this cable does the data transfer with the lightning speed. The cable being lay undersea between Hong Kong and Los Angeles transfers the data with 120 terabytes per seconds to and fro, to be precise there is a possibility of 80 million HD video calls concurrently between two locations. This cable now provides the better network and feasibility to the APAC countries. Saying it would be coming to full use by the mid of 2018, Pacific light cable would be the longest undersea routed cable in the world with higher data transfers. Surprisingly this will beat out the record of 60Tbps Google backed cable system “Faster” which was laid between Japan and America which would be available by next month for full commercial use. The pacific light cable will be technically guided by Pacific Light Data Communication Co (PLDC) and TE Subcom which are subsidiary of China Soft Power technology (CSPT). The project would cost around 500 million dollars.

READ MORE  Android O -Developer Preview: What does it bring with it ? 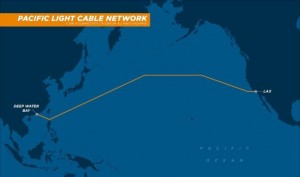 The two tech giants have potentially higher customers in the APAC countries. Though Google is a bit higher in this note as it has presence in China as well, facebook is still looking for the pass to get into the country. So as a forecasted success, facebook is making its system ready to uphold the traffic. The more and internet content availability on the web and also the more internet dependability is pushing more traffic on the web. Once this cable is ready and available to use then APAC countries can have 40% better video calls around the world and the connectivity issues will be resolved. The Google users and facebook users will be experiencing a lightning speed browsing of the respected websites.

Well, there are other companies like Amazon web services who has recently invested in the undersea submarine cable between Huawei and Australia also Microsoft is collaborating to lay a new cable to support its cloud services. So let us hope for a faster world. 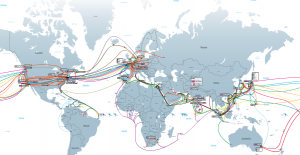