The age-old myth that women were no match for all-powerful men in this world has long been proved wrong. The male-dominated world was always reluctant to accept the fact that women were as good as men on parameters of hard work and intelligence quotient.

The new generation of women across the world has overcome all negative notions and has proved themselves beyond doubt in all spheres of life whether it is the entertainment industry, the IT sector or business heads. Women everywhere are not only responsible for creating life but also for a million other things. They are the ones who inspire and motivate us to achieve more and dream higher. 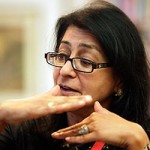 Naina Lal Kidwai, 58, is presently the Group General Manager and Country Head of HSBC India is considered the most influential women in India. Naina has a Bachelor’s degree in Economics from Delhi University and an MBA from Harvard Business School. In fact, Kidwai was the first Indian woman to graduate from Harvard Business School. Her favorite hobby is to go on trekking tours to the Himalayas. Mrs. Kidwai is also a nature lover and also has a keen interest in observing wildlife. She has repeatedly ranked in the Fortune global list of Top Women in Business.

READ MORE  10 things why girls are crazy about Sephora 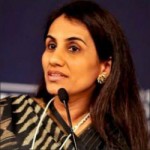 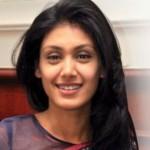 Roshni Nadar is the Executive Director and the CEO of HCL Corporation. Roshni Nadar grew up in Delhi and graduated from Northwestern University majoring in Communication with a focus on Radio/TV/Film. She also graduated with a Masters in Business Administration having a focus on Social Enterprise Management and Strategy from the Management. Roshni is a trained classical musician. Her hobbies are traveling and yoga. She enjoys traveling. 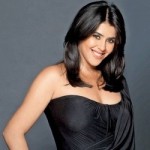 Ekta Kapoor is an Indian TV and film producer. She is the Joint Managing Director and Creative Director of Balaji Telefilms, her production company. In 2012, she was awarded Asia’s Social Empowerment Award- Freedom Through Education. Balaji Telefilms is a company she started at the age of 19 and continues to manage even now. With an income of Rs 213 crore, Ekta Kapoor is the driving force behind Balaji and has clawed her way back to the top of the industry. 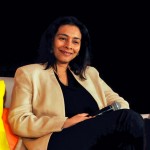 Ms. Aruna Jayanthi, 51, is the Chief Executive Officer of Capgemini India since January 2011 and the Chairperson of Board of Governors of National Institute of Technology Calicut since November 2014. Aruna Jayanthi is a student of Narsee Monjee Institute of Management Studies, Mumbai and from there she received her Master’s in Management Studies. Jayanthi was ranked the third most powerful businesswoman in India in 2012 and 4th in 2011 by Fortune magazine. Aruna was awarded India Today Woman in the Corporate World at the India Today Women Summit 2013.