List of 10 Most Dangerous Dinosaurs: Some of you may not have an interest in the Dinosaurs, but the others may absolutely love them. I mean who doesn’t like to know about the strongest, meanest and obviously destructive living creatures that are not so living anymore? The dinosaur was a name borrowed from the Greek which meant “Terrible” “Reptiles”. So lets’ have a look at the list of top ten terrific among the Most Dangerous Dinosaurs:- 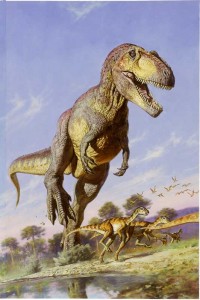 Isn’t the name gigantic in itself? It also meant the “giant southern lizard”. Discovered by an amateur fossil hunter namely, Ruben Dario Carolini, on 25th of July 1993 in deposits of Patagonia, this giant monster is argued to have resided in Argentina during the late cretaceous period. Belonging from the genus of carcharodontosaurid dinosaurs. This big boy had a length of skull almost comparable to that of a T-REX. They were carnivores by nature. In size, it was bigger than the Carcharodontosaurus but not as large as spinosautus. 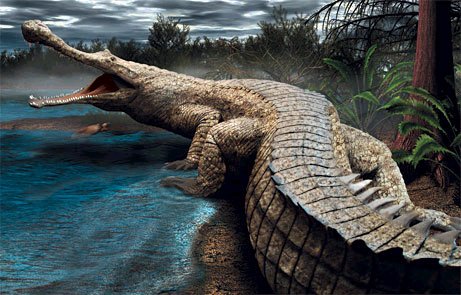 Sarcosuchus are also meaning the flesh crocodile was twice as long as the modern salt water It was said to exist almost a 112 million years ago it probably weighed up to 8 tonnes and more and set to have reached up to 11-12 meters in total length. It also carried an expansion at the end of its snout named as Bulla. As it is seemed in the male Ghariyals, but unlike the Ghariyals the bulla was present in all Sarcosuchus irrespective of the gender. The snouts grew border as they grew older. 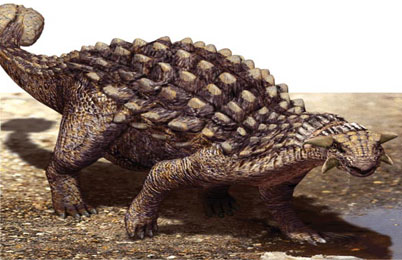 Belonging from the genus of Thyreohoran dinosaurs, Ankylosaurus was a herbivore that could definitely not make out of this list. Said to reside in western North-America 68 to 66 million years ago, this dinosaurs is also famous for short-tempered & the most dangerous dinosaurs. It could weigh from 4 to 6 tonnes and could have a height of 5.6 feet. It was a quadrupedal dinosaurs, it had an extremely hard shell protecting its spine and skull, it also had a ball like growth on its tail using which it could take down even a Amphicoelias 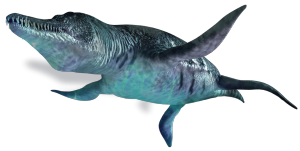 Meaning smooth-sided teeth, this dinosaur was one marine reptile. Lived around the age near bout middle-Jurassic period, it was a predator. It belongs to Pliosauridea, a deadly carnivore which could have grown up to a length 21 feet was mainly said to reside in England and France and the younger species of the same was said to reside in Russia. It was neither the fastest swimmer nor the most powerful ocean predator but still made its way into this list because of its deadly predatorial behaviour and avenging attitude. 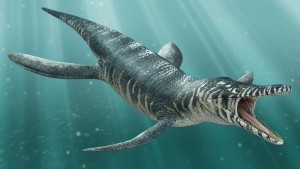 The name Kronosaurus meant lizard of Kronos, it was named after the leader of Greek Titans “CRONUS”. It was a short-necked It was a marine reptile and had a head that was elongated and a stiff body. It moved throughout the waters using its four-flippers. It was a very fast and active swimmer and measured around 30 to 32 feet in length. It was supposed to be residing in Australia and Colombia. They were carnivores in nature and had an appetite for turtles and pleseosaurs. It also supposedly loved to feed on giant squids. 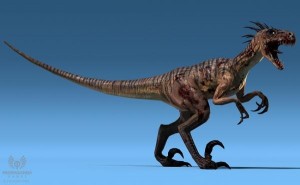 One of the deadliest predator, Utahraptor, also meant Utah’s Predator. The Utahraptor had the power of hind limbs bestowed on itself. Supposedly residing in the region of Utah, these raptors simply didn’t believe in the term ‘happy neighbours’. These species was not very fond of any other. Size wise they were not much big to their competitors but who sees size when one has an ego which touches the sky? The biggest known Utahraptor was supposedly the size of a Human. They could have weighed up to 500 kgs or 1,100 pounds. 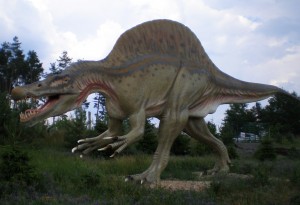 Someone waited for the big bad dinosaur? So here it is. A Spinosaurus, meaning the “spine lizard” was a dinosaur that was the largest possible carnivore. It lived about 112-97 million years ago, in some parts of North Africa. It was a multi-talented one in its true term, apart from terrorizing the land dinos it could also go on a hunting trip in the waters as it knew how to swim. The best-profounded enemy of it obviously being the Sacrosuchus. It could weigh up to 6.6 tonnes and measure up to 49 ft. In height.

Yes definitely didn’t like this name. Mean and LEAN in true terms this is one dinosaur species that definitely everyone hates. Meaning the “swift seizure”, these dinosaur species was one that definitely knew how to hunt together. Dead carnivores by nature, weighing about 15 kgs at times they merely had an advantage of working together. When we say this then its no understatement as the fact proves given a chance a group of velociraptor could take down a T-REX, depending on the number of members they have. They could reach a height of 2 metres. 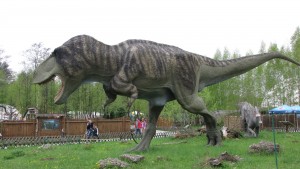 Yes, the T-Rex, that everyone had been waiting for. Their name is meaning the Tyrant Lizard, which they definitely were, these lizards homed up at Laramidia, now western North America. Belonging from the genus of Coelurosaurian Theropod dinosaur, these not so gentle monsters were a menace. With bird sized brains, they created more havoc than could have been repaired. One of the largest land predators these dinosaurs could have a length of 40 ft. And the weight of about 6.8 metric tonnes. It was an opportunist carnivore. Could turn in to a scavenger from a predator anytime it needed. 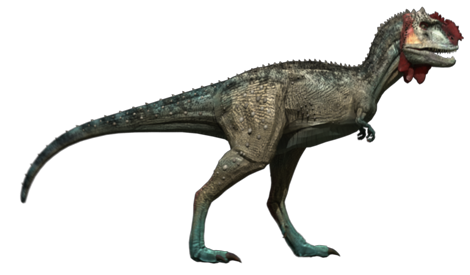 Meaning the lizard of mahajangas these lizards resided in Madagascar from 70-66 million years ago. These were carnivores and were extremely medium sized lizards. It could measure up to 20-23 ft, in length and about 1,100 kilograms i The most important reason why these made up to this list is because of one quality any species hate in themselves, and that is being a cannibal. These not so big physically monsters were definitely destructive with a sweet tooth for its own kind.