The blockbuster “Bahubali” has impacted everybody but the historical movie effected in a significant way, to this 15-year-old young boy from Shivamogga district in Karnataka and he did something very unique which is making headlines these days now. And the news is trending also apart from it goes viral.

His mother used to walk half a kilometre to bring water every day to do the household chores. Unable to see this, he is Pavan Kumar decided to do something really good. He went to dig a well behind their house two months ago and it was completed two weeks ago. Since he did something crucial which is proved worthy not only for his mother, in fact for the entire village.

Since then, the village has started calling him “Bahubali”, as the protagonist (Tollywood actor Prabhas) of the movie who shifts a huge Shivalinga to the waterfall so that his mother does not have to fetch water it every day. 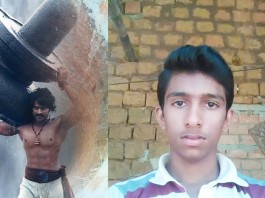 The entire Village is amazed with his work and started comparing this real-life hero to the reel-life hero of the blockbuster flick ‘Bahubali’.

The young genuine hero Pavan Kumar speak with the media about his noble contribution towards his village and his mother and he stated, “I had my holidays and I thought why not dig a well for my mother, who spent a minimum of two hours to get water. Not just my friends, even my mother asked me not to struggle and said she was used to getting water from the village well”. 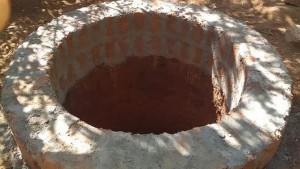 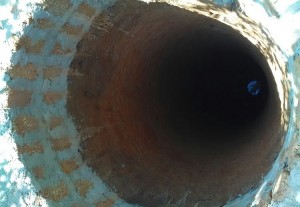 Now Pavan successfully completed his project to dig a well exclusively for his mother and indeed it set a great example and he became now inspiration and role models for the people of society irrespective to the age.

Since it was not an easy job for this adolescent kid, afterward he successfully dug up to 45 feet by himself, but eventually, he was forced to take help of two workers as his hands got fractured in the April.

About this incident he speaks to media and he said, “I was a little disappointed when I found no water even after digging for over six weeks. To top that, I even fractured my hand. I called two professional well diggers, who dug another 10 feet”.

And now his hard-wok is proved to be worthy as the well constructed by Pavan is working well and it is also bringing water nearby to the village he live, and his mother and the entire village is praising him a lot.

Pavan, who is aspires to join the police force, showcase his merit at this tender age. Just imagine what he will be doing when he will be grown up. Wishing him loads of luck and best wishes for his future project.