Following the immense success of Shahid Kapoor on screen, his brother Ishaan is ready to rock the screens of Bollywood. According to the latest sources, Ishaan is getting ready for his debut and he will be acting in the sequel of Student of the year directed by Karan Johar. His co-star will be Sara, the daughter of Saif Ali Khan. The two stars will be interesting, and no one would like to miss it!

Right from his childhood, he was under the influence of literature, culture, music, art, poetry and dance from his family. His mother Neelima Azim, his mother was a trained classical dancer, and he is ready to set his feet in the steps of his elder brother Shahid. Ishaan has worked as an assistant director in the lately controversial film ‘Udta Punjab’. 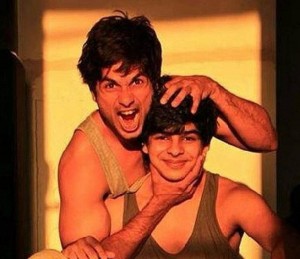 Ishaan is happy about the fact that he is groomed by his brother because he takes great interest in his brother’s career. Shahid has been giving him body building as well as diet tips from a very long time. Shahid Kapoor always mentioned that he is very close to his half-brother, Ishaan Khattar. He ensures that at least one sibling gets his mentorship and support in the film industry. According to sources, he has been trying hard to help his brother enter into the film industry. Shahid, however, says that his brother had been receiving several movie offers, but nothing has been finalized about his Bollywood debut.

Shahid even added by saying that his younger brother loves to discuss lots of things with him. Right now, lots of offers are coming, but he is gauging whether he is ready for all these films. Accordingly, he will accept the offer. Shahid takes in the pride that his brother comes to him whenever he gets any offer for a film and tells him whether he should do it or not. Since Shahid is experienced, Ishaan listens to him if Shahid asks him not to do any particular film.

Though Ishaan is making his debut in films, yet he has already made a prominence in the headlines with his amazing dancing skills. This young boy is already a rock star in terms of his dancing talent, and his acting skills are yet to be proved. Recently, Ishaan shared a quirky video, thereby becoming the main talk of the town. The main reason for this was that he dub mashed a catchy song along with showing his live personality and amazing flexibility. This showed that he is a gifted dancer. Even if, he is not successful in his acting career, his dancing career will certainly take him a long way ahead. 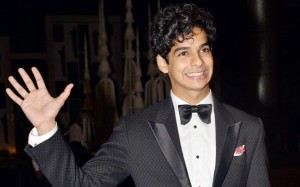 Here Are Some Interesting Things To Know About Him:

Thanks to the innocent looks of Shahid Kapoor that he successfully established himself s a style icon in the Hindi film industry. It is now seen that his young half brother Ishaan Khattar is following his footsteps. He is just adorable as his confident brother and his father Rajesh Khattar.

Till now, Ishaan has maintained a low profile despite his amazing talent. However, his decision to share the video might mean that he is ready for entering into the film industry like his family. This, in turn, can help him obtain limelight, as a whole.