Actor Irrfan Khan who usually shies away from unwanted media attention has recently aroused a controversy with a statement that superstar Rajnikanth’s upcoming film Kabali poster has been inspired from Madaari.

Interestingly, both the posters of Madaari and Kabali have a striking resemblance and similarity. When Irrfan Khan was asked for clarification he said, “I saw that Rajinikanthji‘s film stole the poster of our film. You see his film’s poster and see our film’s poster. No big deal about it. Watch his film and watch our film, too”.

Both posters indicate the faces of lead actors staring horizontally amidst buildings and skyscrapers. However fans of Rajnikanth don’t think about any similarity of posters rather they argued that the Kabaali poster in question is a fan-made one hence not official.

Where is Rajnikanth now?

Currently, the veteran actor in the United States (US) for general health check-up. He is fine and will come back to India before July 15th when his latest Tamil film Kabali is slated for worldwide release.

Meanwhile, Piku actor Irrfan Khan claimed that the superstar Rajnikanth’s Kabali poster has been inspired from his style in forthcoming movie Kabali, but said it was no big deal while asking fans to watch both movies releasing on the same day. 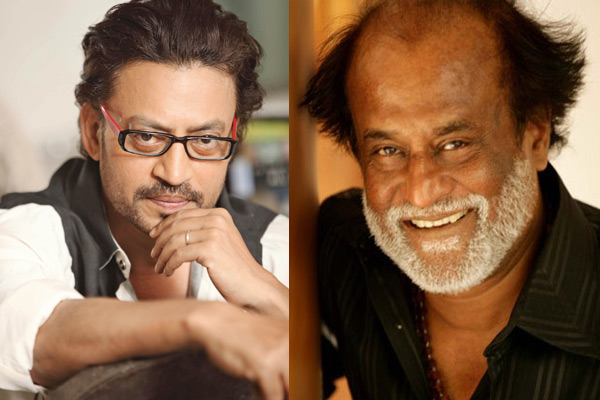