1 single green light , minute and faraway that might have been the end of a dock or the beginning of a dream . I stretched out my arms towards the sky in a curious way , trying to attain something that never could be mine . Though I didn’t knew it but I still believed in that . Whenever I come upon that other side of the dock , involuntarily I glanced the darkness and distinguished nothing but a single green light . For me the green light was him . But silly was I hoping to attain the unreachable .

I picked out that green light because it used to glow alone on his dock and I loved it because it reminded me I was near him . But when I got to know about the real things out of the fancy world , I found myself standing all alone , near to that light but yet faraway from him .

In my early age my father used to tell me to notice the good things in people , not the bad . He used to do the same . As a result I also started doing the same . But it was never late when I realised that I too have limits in it . When I first saw his smile , I realised it was one of those rare smiles with a quality of eternal reassurance in it , that you may come across four or five times in your life . It understood you just as far as you wanted to be understood . Believed in you as you would like to believe . And it made me sad for a moment because I’ve never seen such a beautiful smile .

READ MORE  How to select an exact pillow for sound sleep

Not then , but at least now I have understood that my dreams were just like an American Dream – that hard can lead one from rags to riches . But hardly realised that it’s no longer a vision of building a life , it was just about getting rich . I realised that though my perspective was wrong but I picked the right thing : My green light . Just like when you wait in traffic for the light to turn green . The green light signals you to move , not to move towards it but to move forward leaving it behind . If you don’t move it will again turn red restricting you . The Green light is unstable . Desiring the past is not the right thing . And the moment I crossed the green light , it occurred to me that the colossal significance of that light had now vanished forever .

I still believed in that green light , though the dream is dashed but I found I was no longer alone reaching out but we all , universally hoping to reach it to tomorrow or the next day . To the green light : the unattainable dream .

“Gatsby believed in the green light, the orgastic future that year by year recedes before us. It eluded us then, but that’s no matter–tomorrow we will run faster, stretch out our arms farther. . . . And one fine morning– 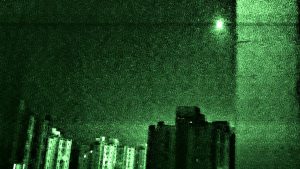 So we beat on, boats against the current, borne back ceaselessly into the past.”

Top 8 things that every boyfriend expect from his girlfriend

Everyone Loves Online Therapy For Stress