Finally Google has released its new flagship phone “pixel”. The name pixel is familiar to the google fans as it has already released tablet device and laptop under this name. Google pixel is the successor of Nexus phones and company has decided to stop the production of Nexus phone. So going forward pixel would be the only flagship smartphone from the google. Google announced this glossy and classy mobile with all latest software available in the google house and it proclaims this phone to be the world’s most advanced mobile phone with attractive and easy to use specifications. Google has mentioned that this phone is not like their previous phones where the hardware is controlled by others, this is that phone where the software and hardware are controlled by google, #madebygoogle. This phone priced at 57,000 (pixel – 32GB) in Indian markets (pre-ordering begins from October 13th) which is available in two models, is it going to be a best alternative for the iphone? How does the already Android obsessed people welcome this? What are the specifications and how much worth is this to buy? Let us have a sneak peak.

Pixel comes as a powerhouse with all latest hardware available in the market. Google says that their technical team has put more than 1 year of research and more than half million hours of testing on this device. Pixel is available in two variants Pixel and Pixel XL where the former sports the 5” 1080p HD display and the latter sports a 5.5” Quad HD display. The both variants has a 4GB ram which makes the things run so smooth and jiffy. The 1.6 Ghz Qualcomm Snapdragon 821 chipset allows users to run the multiple tasks with ease. The fingerprint scanner is right at the back where the finger expects to be. This device has a 2.5D Corning Gorilla Glass 4 and the back body is aluminum. The best hardware demands the best software so Google has induced its latest android firm version Android 7.1 Nougat in the device. The battery for the Pixel is set to be 2770mAh and for Pixel XL it is 3450mAh which are considered as quite good standard for a mobile phone. The phones are available in 32GB & 128GB storages. Both phones has 12.3 Megapixels rare camera and 8MP front camera, supports Bluetooth 4.2 and has a 3.5mm headphone jack. 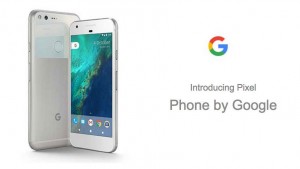 The Google is shipping this phone with the Google Assistant which is your guide for anything. This feature being an alternative to Apple’s Siri works like your assistant. You can activate this by saying “Ok google” from any screen and this would follow the commands right from playing your favorite playlists to presenting the holiday photos in a slideshow seamlessly. The assistant allows the third party applications interference where you can invoke the features of that too. 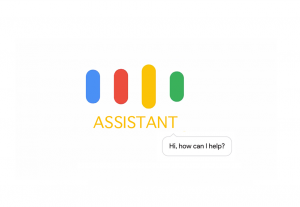 The best smartphone camera in the world

Google says that this phone homes the best smartphone camera in the world according to the DxOMark. The benchmark score of 89 is one such example to prove that this phone has the best smartphone camera ever made. The 12.3 megapixel camera gives stunning images with an f/2.0 aperture and 1.55 micron pixels to capture lot of light even in low lighting conditions. Using the “lens blur” option you can create the depth of the picture by bokeh effect and with “burst mode” you can take lot of pictures at once where the phone suggests you the best.

READ MORE  7 awesome and must have android apps

Google is also releasing its own virtual reality platform Day dream and Pixel is the first mobile to house it. The VR headset costs 79$ (officially to be released in India) which comes bundled with a motion sensor and micro controller. Google claims that with this VR and controller you could even draw the pictures and once user is done using the controller he can put it back in the holder in the VR box. Google is designing some special applications which could fit for the new platform. 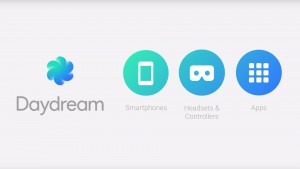 Last but not least – Google’s perks are always there

Pixel is the latest device to work on “Project Fi” which is Googles very own mobile carrier network which intelligently shifts the data between two mobile networks giving the best. The two latest successful apps of Google – Duo and Allo are packed in the phone to give the best experience. Google is supporting the devices with “Live cases” where you can customize the cases with pictures of your wish. Want more? Being a flagship model Pixel would be the first to receive all the updates from Google.

Why did Google release it now? – To be a rival to Apple’s Iphone 7?

This seems like a big business strategy to release the Pixel just after a month Apple has released Iphone 7 but google says this is planned a year back. Google says that they have kept a lot or research to develop this mobile and there isn’t any plan for this act to disturb the Apple Iphone’s market as they believe the best will always survive. As the Iphone 7 pre-order sales are just opened in India, Singapore and other Asian countries many trade analysts were proclaiming that Pixel is going to show a lot of impact on the Iphone 7 bookings. Google has also showed its importance towards India by opening a pre booking after the countries US, UK, Australia and Germany. Surprisingly there isn’t China and Taiwan in the list as of now this itself projects the importance of Indian market to google. 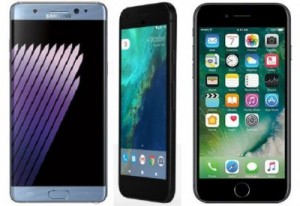 So does this phone really stand ahead of Iphone?

It is acceptable truth that more than 80% smartphone users are android platform based and 17% being IOS and remaining are Symbian and Blackberry. So with this huge market Google pixel could definetly make a difference but provided there are many flagship phones like Samasung s7 and Moto series one can’t just say that google can capture the market. On the other side Apple doesn’t have rivals in its own market. So when compared to technicalities both phones stand on the same boat but what we really like in the Pixel is a not so high pricing and expandable storage which is a problem with iphone but still there are many people who lives with an obsession to own an iphone not for the technicalities but as a symbol of luxury. So with all this stand points we should look forward the market how this two phones will do. 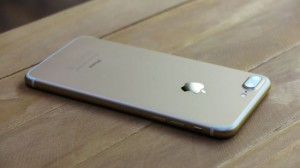 What do you think? Does Pixel beat iphone? Comment your review below.