The Bollywood all time favourite music composers R. D. Burman stand for Rahul Dev Burman is bless to have his 77th birthday today on 27th June, who is world one of the most popular musician of the golden aka 1970s era, always managed to impress the audiences.

His fans are already having huge goose bumps for the day and they are literally having butterfly on their stomach. And the most important is that the R. D. Burman’s music never binds any generation, means each and every music lovers of the all generation, smitten by the music composer’s music. 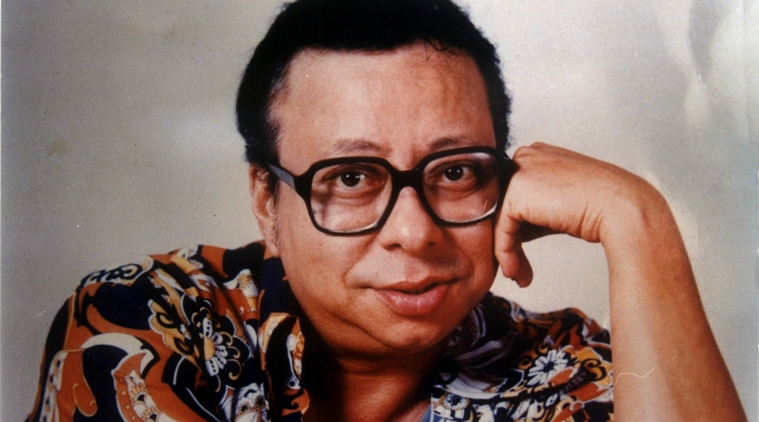 S. D. Burman who was himself king of the music passed on his legacy to his only son Rahul Dev Burman and Rahul proved himself like father like son by composing music for over 300 movies and most of the music is still al time blockbuster.

He was considered one of the influential music directors of Bollywood. At the age of nine, he was already composing music for movies. Indeed his father gave him chance to work in the song of black and white era, Sar jo tera chakraaye in the film Pyaasa.

Mr Burman was hugely famous for creating music out of anything from laughter to blowing lowing over the tops of glass bottles. Among his famous songs Chura Liya Hai Tumne Jo Dil ko started with the sound of two clinking glasses.

The song is still popular among the Bollywood music numbers and in the song there were some western stuffing too which created by the singing of Mohd. Rafi with Asha Bhosle.

Music of the tinsel town is bless to have western music because of the legendary musician R. D. Burman, as actually it is him who introduced western music in the Bollywood, and with the songs like, Janee Jaan Dhundhtha Phir Raha Hun Tumhe Raat Din, Mil Gaya Humko Saathi Milgaya, Nahin Nahin Abhi Nahin he creates magic!

He crooned his voices for some of his mega hit musical numbers, including, Tum Kya Jaano Mohabbat Kya Hain or Meh booba O Mehbooba and in singing he also proved himself better than the best.

He enjoy massive popularly till his sudden untimely demise, unfortunately, he died at a very young age of 54. During his musical lifetime, Mr Burman had worked with eminent and renowned singers like Asha Bhosle (his wife), Lata Mangeshkar, Kishore Kumar and so on. He often collaborated with the same singers for his music.

No wonder, why he won three Filmfare Awards for Best Music Director. On his 77th birthday, Google pays tribute to him and to his melodious tunes with a doodle. And the doodle is looking so vibrant and colourful in the goodle. It has Mr Burman is in right of the centre, with a scarf wrapped around his neck.

In the background there are a piano’s grand staffs. And the grand staffs have multiple scenes from his hits.