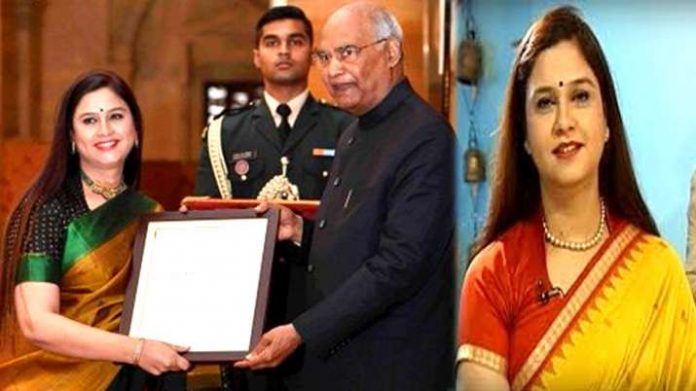 Are you looking for some popular journalists? If yes, then go with this, definitely, you will get here all the best journalists who are doing their best in Indian journalism. If Indian journalism is somehow at any position then owing to only these journalists. In the era of fake, some are still giving their best in this very field. The role of media is that of mediation between the government and the people of the nation. Owing to its responsibilities, the media is the fourth pillar of democratic India. As we know, the media is responsible for spreading accurate news to all corners of the world. Journalists play the role of the investigation by which they drive out the hidden truth and disclose in front of everyone if any.

Journalism is not just a game of mud splashing and money making in no time but it has been a respectful profession. If we are able to know about the happening across the world then the credit only goes to our journalists.

Then have a look at some popular journalists who are the pillar of the news channel.

A well-known journalist who is a senior anchor at Aaj Tak. He was awarded Best News Anchor Award from Delhi Education Society, Madhav Jyoti Samman for Excellence in journalism, and Sansui Best News Program Award. Currently, he hosts the debate show Dangal which features debate panels. He also worked with Sahara Samay as an assistant producer.

He is a praiseworthy journalist and anchor. He always quoted” Journalism runs in my blood” as his father was a journalist. He worked with the top news channels like Aaj Tak and IBN7. He was awarded the Madhavji Jyoti Purashkar for the best journalist. He also appeared as an expert in the famous show ” Kaun Banega Crorepati”. His famous show was ” Shabaash India” in which he showcased the positive incidents in our society.

Rubika Liyaquat is a famous anchor, news presenter, and senior correspondent. She started her career as an intern in News 24 and soon joined Zee news. Now she is working on ABP news. She hosted the show”Taal Thok Ke” and became popular. She started hosting the show “Master Stroke” in ABP news. In 2019 she interviewed PM Narendra Modi. She gets inspiration from Sudhir Chaudhary.

He has been a broadcast journalist for more than 19 years. He is a senior executive editor with TV9 Bharatvarsh. He has served with news organisations such as Zee News, Doordarshan, News24, India Tv, and Sahara news in the past. The way he expresses all news is literally beyond words. He has great experience in journalism.

‘Neelum Sharma’ is considered as one of the popular and successful news anchors. She was the face of Doordarshan. Her popular prime time show channel was DD National. She hosted some popular shows like Charcha Mein, Ehsaas, Tejaswani, etc. She was a news anchor and journalist who won many awards like Nari Shakti Purshakar in 2019, Media Maharathi 2013. She was also the director of a few shows on Doordarshan.

Palki Sharma is commonly known as Palki Sharma Upadhyay from Wion news. She is a journalist, News anchor, and designer. Popularly known as a lady with multiple talents on multiple backgrounds. She is mainly famous for being an anchor and editor at CNN News 18. In 2017 she was awarded the best newsreader award. She has contributed a lot to the iTV network as she was the host of daily debates on social issues. She is fearless, fierce, sarcastic, and straight facts.

She is the leading anchor of news channel Times Now. She has a good experience in journalism who brings in-depth knowledge in broadcasting as a reporter or commentator. She wanted to become a doctor before journalism and later she started her career as TV reporter Star News which is now called ABP news. She has also been very much active at events conducted by the various news channels. In an interview with Soul magazine, she shared the success mantra that she puts all her heart and soul in every task assigned to her, which ultimately leads to victory in her life.

Nalini Singh is an Indian journalist. On Doordarshan, she has been the anchor for several current affairs programs. Her choice of words and tone of speech makes others listen. She is very respectful of the fellow panelists in debates and discussions and speaks humbly. She is included under a popular list because she is fearless and out of media politics.

He is a good journalist, political analyst, and activist. He learned editing from M.J., Akbar when he joined The Telegraph as a sub-editor on the news desk. In the Statesman’s history, he became the youngest Assistant Editor. He writes on national and regional politics, international affairs and security issues.

She is a senior ANI(Asian News International) editor. ANI is a big agency which works internationally.  She is a good journalist among all and once she interviewed Narendra Modi where she questioned very politely. After that interview, she answered all opposition boldly.