“Diwali” – the festival of lights is probably the one festival which is celebrated across India irrespective of states and religion. Though the Diwali has to be celebrated by litting the lights (with oil), people has changed its way of celebration by firing the crackers. Old people still yell yet times stating that it was not a tradition and not in par with Hindu rituals. However, Diwali is the festival of children as they show a lot of interest in firing the crackers. Many kids start planning for the festival months before. Every year environmentalists and social workers ask to ban firing the crackers as it would cause a lot of pollution and the sound would produce problem to the animals. Well, that is a serious issue. So before you think and take a resolution on the usage of crackers, here are those six festivals which are celebrated just like Diwali in the respective countries.

You know that Spain people are festival lovers, tomatino festival, bull fights and what not, the most famous festivals in the world are from Spain. So this Las Fallas is also one such festival which literally means “fire”. This festival is celebrated for two weeks unlike Diwali which is being celebrated a day or two. The small town Valencia will be hosting it every year. Many dolls ans statues (preferably politicians and terrorists) were made of paper and grass and are lit to fire. The fire crackers will be the most attractive phase in the festival. This festival pulls more than 40 lakh foreign tourists to the town. The festival is so fun that there would be only 4 hours of gap between the consecutive days that too which is used for arrangements.

READ MORE  10 Reasons Why You Should Date a Single Mother 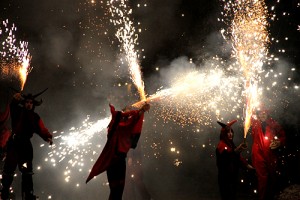 One of the glorious and biggest festival of Jews living in Israel and Palestine. The festival was celebrated on the commemorate the events that the Jewish living in persia (now israel) were saved being killed by Haman, a cruel and cunning adviser of King. He wanted to kill entire people in the country as they are revolting against him. Jews celebrate the day with lot of joy and fun. There would be parades across the country and fire works are the main attraction of the day. The festival is celebrated for two days and is considered to be one of the sacred festivals for Jews.

If you name the fire crackers no one can beat China. It is actually said that fire crackers were invented by Chinese. Chinese New year is the biggest festival of China people around the world. It is very important festival to Chinese as they pay tributes to the ancestors and dead people. The fire works and crackers used on this day always marks a world record. The incense sticks are extensively used this day. The Chinese new year falls on either February or March of English calendar making the perfect climate to enjoy the fire works.

READ MORE  Alternatives to The Usual Wear This Diwali 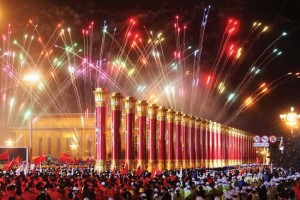 The most spectacular fire works and crackers could be witnessed this day in the America. The Independence day is celebrated on fourth of July as the declaration of Independence is signed on that day. The festival also includes the family barbecues, parades across the country and awesome fire works in all states. This is one common festival which is celebrated in America irrespective of race and country. 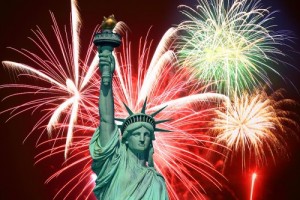 This festival in Tokyo has started in 1732 when the country faced the massive economic crisis and death was mourning all over. Some saint has suggested to lit the fire works and make the city glow in the light. However and what may be the reason, Japanese started to see some positive after that festival and from then onward this festival is celebrated in a most spectacular way in the Japan. The festivals is mainly celebrated to let the joy of life and living. The Tokyo city will be lighten up with the crackers light. They believe that the sound of crackers will make the bad to get away of the city. 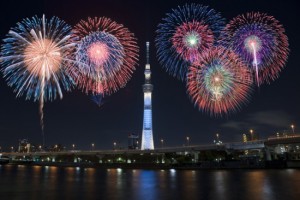 The 14th of July is celebrated as a Bastille day in France marking the date of start of French revolution on 1789. The revolutionaries has occupied the Bastille and from then the remaining was history. The day is celebrated with lot of fun and prosperous. The official military parade and fire works at the Eiffel tower are the main attractions of the Bastille day. People dress up like revolutionaries and fire the crackers in the joy of victory. 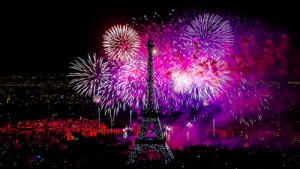 The list of the festivals which are celebrates with crackers and fire workers just go on. Ofcourse who doesn’t like crackers, but one has to keep in mind about the harm they do to the climate. So don’t take the above festivals as encouragement and start firing more crackers on this Diwali. Avoid crackers and have a safe and clean Diwali. So do you got to tell something on the crackers ? Comment below.