Ever since the revolution in computers has begun the speed of the computer is the one benchmark. So when the term speed is mentioned here in the computer industry, it eventually means the ability to do the calculations per second. The more the calculations a computer can handle, the more the speed of a computer. The modern “Computing” has taken a new turn with the introduction of terminology “Super Computing”. The supercomputing involves combining up several computers or core processors to do an operation or calculation parallel. The more the cores the more the ability to do an operation, however, the challenge is getting all these cores to sync and getting the work done. The ability of the Supercomputers is calculated in the terms of Petaflops, which intern means the ability to do one quadrillion floating-point operations per second. The supercomputers is extensively used in the defense mechanism, space and rocket engineering where the complex equations have to be solved. Well, even the climate observations demand in super-fast computing. It is said that at least 94,500 equations have to solved and observe to get the exact forecast of the cyclone. These observations and calculations could only be done by supercomputers. The country with a high-speed supercomputer has really got a big weapon in it. So let us have a glance of those 5 fastest supercomputers in the world which are faster than light.

READ MORE  10 Best Disney Movies That Will Bring Out The Inner Child In You!

This USA based supercomputer is one of the modern self-built computers by IBM. It was designed in such a way to handle 8.6 petaflops of calculations. So if you give this computer a 256 digit number and instructed to multiply with 1024 digit number the answer would be evolved in 0.08 ms. This computer uses IBM’s Bluegene/Q platform which is designed to run all the cores in sync. Mira uses 786,000 core processors to complete the tasks. 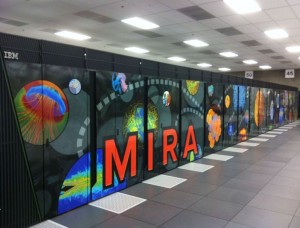 Japanese are always ahead to catch up the technology. K computer is one such beauty that embarks the country’s ability in the computing field. The K computer has the ability to do 10.4 petaflops of calculations. Fujitsu owned K computer is located in RIKEN advanced institute for computational science. The K computer uses 705,000 SPARC6 octa-core processors. K computer performs calculations on global disaster prevention, meteorology, and medical research.

Yet another IBM owned and USA based supercomputer has 1.6 million of 16 core processors which also runs on IBM’s Bluegene/Q platforms. Sequoia mainly focused on climatic changes and advanced computing. The speed of the beautiful machine is 17.2 petaflops 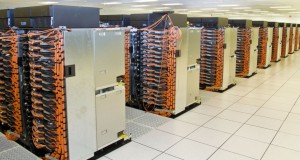 Titan is the beast in the supercomputers and it has an ability to do 18 petaflops of calculations. The Titan uses 561,000 option, 16 core processors, where each core can handle calculations at a speed of 2.2 GHz. The Titan also has NDVIA GPU’s which are used to do image processing which is received from telescopes in the space. The Titan has established its operations in space and rocketry engineering and is speculated that the computing speed of this supercomputer will be upgraded soon to meet 20 petaflops of computing. 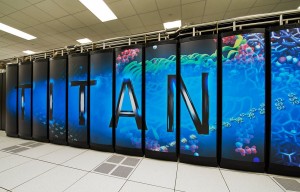 The supercomputers are also being available for normal users. IBM’s Watson is one such computer that will be giving the user access to the Blue Genex platform which will run some extensive large applications. So with this change and drift in technology, the computing might take more turns and twists in coming days. 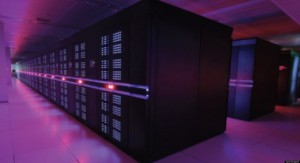